Li’Ying was our speaker in April 2014. She was so interesting we’ve asked her to come back and give us more of her knowledge and experience.

Asian Community Relations Officer Constable Li’Ying Cai uses her previous work experience both in China and New Zealand as well as her bilingual skills and knowledge of her native China to improve understanding between the Asian Community in Canterbury and Police.

Li’Ying first visited New Zealand in 2003, and met Jessica Phuang, an Asian Liaison Officer in Auckland City, who sold her the benefits of working for Police. Li’Ying applied to become a police officer and started at the College in November 2004.

Good communication and promoting understanding is central to her role. “Asian people have differing experiences and expectations of police depending on where they come from,” says Li’Ying. “Some have experienced a corrupt police force, while others come from a society where police handle every civil and criminal matter.

“My role is to promote New Zealand Police, reassuring those who instinctively don’t trust police because of their experience overseas and shaping the expectations of those who expect police to deal with every single issue they face, even if these are not within Police’s ability to control.”

The celebrations this year kicked off on 4 February with a wonderful reception at the Airforce Museum, hosted by the Chinese Consulate. After speeches from Consul-General Mr Jin Zhijian, Cr Jimmy Chen, who was representing Mayor Lianne Dalziel, and MP Nicky Wagner, we were entertained by performers from the Yunnan Province Art Group of China, as well as local Chinese performers. I think I’m safe in saying there wasn’t a person there who wasn’t absolutely amazed at their performances but, there was more to come… 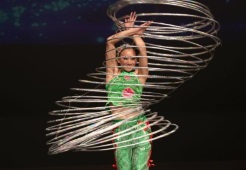 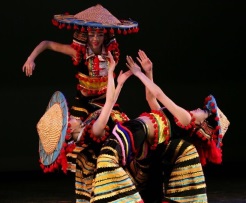 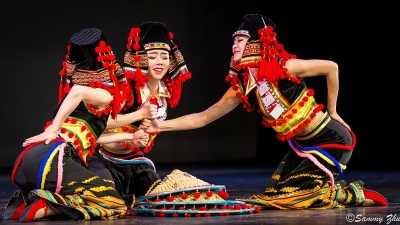 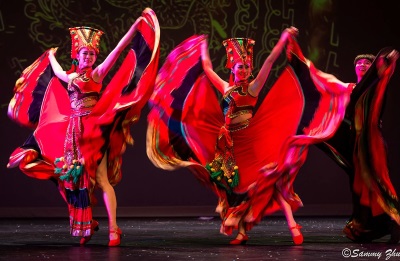 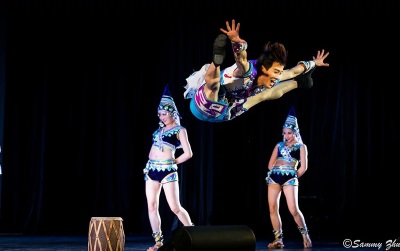 … the following evening when the Christchurch Chinese Spring Festival was held in the Aurora Centre. Main organiser of the evening was North South Business Inc and other supporting associations, including the Consulate-General of P.R.China in Christchurch. An audience of over 700 was enthralled by the Yunnan Province Art Group of China display of three hours of amazing dancing, singing, juggling etc and generally doing things I wouldn’t have thought were physically possible if I hadn’t seen it! The young man with the bowls on his head had to be seen to be believed! Imagine throwing several bowls up in the air and catching them on your head – while you were standing on a ladder! Their energy and general stage presence were very impressive.

Three days later Carol and I headed for Timaru, to attend their branch’s banquet. About 40 diners had a great time and great food. I thanked them for the consistently strong financial support their branch gives to the He Mingqing programme. 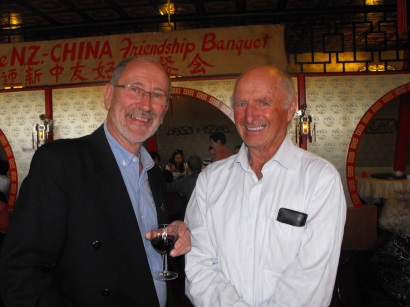 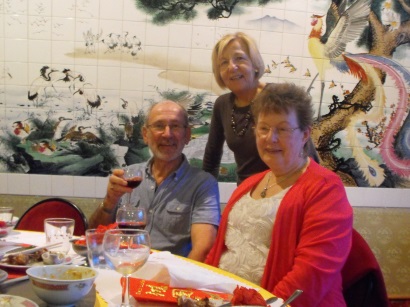 The next day we headed for Dunedin. Early evening we took part in the New Year street parade from The Octagon to the Chinese garden, with performers from the Otago Southland Chinese Association lion dance troupe. We were amazed at how many people followed the parade, but once at the Chinese garden, that’s when our jaws really dropped – there must have been well over 3000 people there! Following a speech of warm welcome from Consul-General Mr Jin Zhijian the crowd was entertained with a concert from the Yunnan Province Art Group of China (by then they were starting to feel like old friends!). 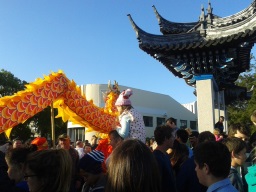 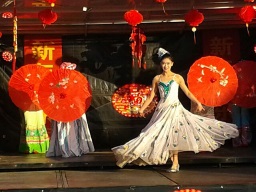 And of course where you have Chinese activities, you have food, and there was plenty of that for the crowd afterwards. Have a look at the video clip and news item on http://www.odt.co.nz/news/dunedin/372425/city-celebrate-chinese-new-year Two days later we went to the Dunedin branch’s AGM, followed by – (you guessed it!) another banquet! Once again, good food and company. A great chance for me to get to know people in other South Island branches, and it was a real plus to have our national president Dave Bromwich there too.

From there it was down to my home town of Invercargill for a few days, during which time I had a meeting with someone who hopefully will be instrumental in forming a Southland branch of our society; but that’s a story for the future…

The Tauranga branch is proud to host this year’s NZCFS National Conference.
The theme of the conference is Hǎo shì duō mó – 好事多磨 – “Good things take time”
Be sure to put these dates in your diary. Why not make a holiday of it – go to the conference then afterwards go on to Auckland to visit the kids (with the way things are going these days, at least one of them is bound to live in Auckland!).

A full information pack, including programme will be available very soon, and will be forwarded to you as soon as we receive it. In the meantime, the conference registration form is at the end of this newsletter.

In November 2011, our society published a story about the desperate need for a doctor/psychologist to help traumatised children in an orphanage near Xi’an.
We were fortunate in finding psychologist graduate, Joanna Chan, who last year volunteered to assist the children during her gap year. Joanna wanted some work experience and also hankered for an overseas adventure and in her article she explains what she found at the orphanage and how she was able to help.
I know we all live busy lives, but please find five minutes to go into our website www.nzchinasociety.org.nz and read the very moving and heart-warming human story of Joanna’s work; you won’t regret it. She has written a very readable and interesting story, complete with lovely photos of happy children. It really does warm the heart.

society was approached to help with this is an illustration of the standing our society has in the eyes of agencies in China. Full credit goes to President Dave Bromwich, who was instrumental in this coming about. And, who knows, this could become a regular part of our project work in China.

I’m sure all branch members know the Kathleen Hall/He Mingqing story by now – but for those who don’t, Kathleen Hall was a New Zealand missionary nurse in China who worked in poor rural areas under extremely difficult conditions, and trained local nurses to work alongside her. She was also swept up in the war against Japan. Not only did she nurse the sick and wounded, but time and time again she smuggled medical supplies through the Japanese lines to Dr Norman Bethune, the Canadian surgeon who was in charge of medical services for the Chinese 8th Route Army.

Several branches, including ours, support this scholarship. $300 was raised by raffle for it at our New Year banquet last month.

We recently received a touching letter from one of our latest nurse trainees.

Here is the letter from one of our Hemingqing Scholarship students. She gave thanks to the scholarship and the support given by the NZCFS. She said “she has a dream to go to university. So after she finishes School she choose to continue university study. Luckily she passed the exam and accepted by Peili university. However when she find out the fees are too high, she cannot afford to pay the high fees. Because her family has three children, younger brother and sister are still at school, then need the money too. So she decide to give up her own dream. Then she find she can get the He mingling scholarship. This scholarship give her second chance. So I went university and study hard and I am prepare myself for the future cares. 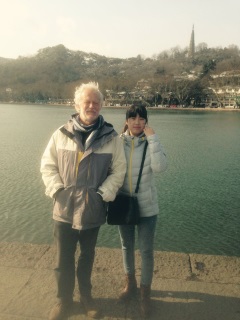 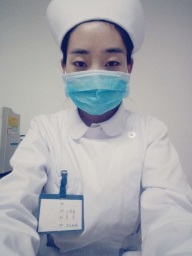 Because of your support, even I had some hardship, I was stand strong. Now I am start my practise at the hospital, I am work hard to become a highly qualified nurse.

The scholarship gave my great help, it made my dream come true, reduced my financial burden, the most importance is it gave me the motivation to work hard, and later on I can help others. I will continue to work hard, use my excellent result to say thanks to you all. “

A lovely letter, and another example of the project work our society is involved in; I’m sure He Mingqing would have been proud of her.