A Century of Friendship towards a Shared Future
On 11 May, the Beijing People’s Association for Friendship with Foreign Countries held a webinar to commemorate the 100th anniversary of the founding of the Communist Party of China.

if you scroll down on the site, you will notice there is a list of 83 prominent foreigners who are recognized as doing exceptional work for China. It is a matter of great pride to all of us that five of them are New Zealanders; our national president Dave Bromwich, a previous national president Bill Willmott, Rewi Alley, Kathleen Hall and James Bertram.

An invitation to observe this event went out to all the Chinese friendship societies around the world, and on the day over 180 people joined in via a Zoom meeting to this very interesting occasion.

A number of people were invited to give speeches, and our society was very honoured to have our national president Dave Bromwich as one of them.

The speeches were very interesting, and the intention is to put them in successive monthly national newsletters. The first one shown here is by our national president. Please be sure to read it because it is very interesting.

Rewi Alley, Kathleen Hall, and other New Zealanders
Fellow speaker Elspeth Sandys and Rewi Alley relative has provided us with Rewi Alley’s back-story and the path that directed his 60 years in China. His work has left us all with several legacies that are a solid foundation for much of NZCFS ongoing work in our relationship with China.

Two are the Gong He cooperative movement, and the Bailie Education system. New Zealand China Friendship Society (NZCFS) has maintained a close engagement with both these legacies, and implemented a programme of support for rural cooperative development in the North-west of China. It remains one of NZCFS objectives to continue to offer capacity building training for cooperatives, but is now wishing that the approach can move into online courses that can reach a more extensive network of cooperatives. Discussion with the Bailie Schools in Gansu has begun, but progress has been impeded by the Covid pandemic. Rewi Alley was dynamic, we also need to look for a way to move this training approach forward.

A third legacy is his promotion to the world of what was really happening in the People’s Republic of China in its path to development. This gave birth to the NZCFS in 1952, through which Rewi Alley encouraged his New Zealand supporters to promote mutual understanding between the two peoples.

NZCFS has strongly promoted this objective with regular exchange and delegation visits on a frequent basis. These have developed into a focus on a theme. For example, delegations of Young Professionals, including Environmental Scientists, Engineers, Town planners and Lawyers, have all provided opportunity for New Zealand and Chinese to engage and enhance understanding and develop relationships with their peers. A delegation of journalists provided a valuable insight into China, and we feel strongly that this needs to be repeated regularly. We are grateful for the assistance provided by Youxie organisations in arranging these delegation visits.

In the 100 years since the founding of the CPC, there have been a number of other New Zealanders who have worked in China and made contributions. Isobel Thompson, 伊思平, a New Zealand nurse working for Corso, spent over two years working in the International Peace Hospital in Changzhi, south-east Shanxi province. In Shanghai prior to her return to New Zealand, she worked for Song Qingling’s China Welfare League, meeting Madame Song several times. On her return to New Zealand, she spent time with Kathleen Hall while in transit in Hong Kong.

Kathleen Hall, Chinese name He Ming Qing 何明清, a nurse with the Anglican Mission, spent many years in the service of community health in the north of China. First arriving in 1922, she spent a decade working in Mission hospitals in Datong, then Hebei province’s Hejian and Anguo. But she was keen to get to more remote areas to assist with the dire health conditions of the people in the Taihang mountain areas. She set up a clinic in Songjiazhuang village in Tangxian County of Baoding district and along with her Chinese nursing staff, set about healing the sick. The need for medical supplies necessitated travel to Beijing.

Norman Bethune had heard of her work and selfless commitment to helping the poor back to health. He asked for her help to bring medical supplies to his field hospitals, set up to care for the war wounded. She agreed and made a number of trips to Beijing, requiring her to pass through Japanese checkpoints. These epic and dangerous journeys are a hallmark of Kathleen Hall’s bravery and spirit in her devotion to the common people.
Rewi Alley’s mausoleum is in his beloved Shandan and his ashes scattered in the desert sands. Kathleen Hall’s ashes were sprinkled on the hill slopes above Songjiazhuang village in a ceremony in 1995. Both are still commemorated in China. Their spirit remains an inspiration to the Chinese people who know of them. Both were closely involved with NZCFS. In NZCFS we commemorate both of them with our activity in China.

As well as our work in Rewi’s legacy, NZCFS offers a Kathleen Hall Memorial Scholarship for young Chinese women to complete four years of tertiary nursing study. Our criteria for selection is that they come from poor families with limited ability to support their daughters through university, and, in the spirit of Kathleen Hall, they have passion and commitment to serve their communities after graduating. We are grateful for assistance from partners in China in assisting with the selection process. We have maintained contact with all our Kathleen Hall recipients.
Through celebrating the contribution of our New Zealanders in China in the last 100 years, we can appreciate more of the struggles and achievements made in China during that period. NZCFS National Conference this year continues understanding with a theme of “What it means to be a friend of China”. In many respects it is a need again becoming important.

Other speeches will be published in future national newsletters. 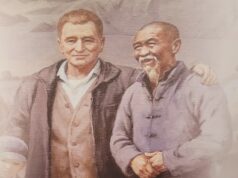 China and the South Pacific 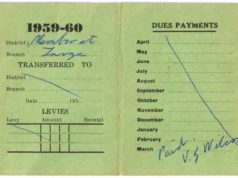