This is a follow up to our successful visit the Shorebird Centre at Miranda last February when were introduced to these iconic birds and learned how the wetlands of Yalu Jiang in North West China are a crucial stopover on their migrations back to Alaska. Once again we travel by bus. This time we follow the scenic route via Whitford, stopping at Regional Park at Maraetai and the Farmers Market at Clevedon. We arrive at the Miranda Shorebird Centre at midday. After a picnic lunch we get an update from Centre Manager Keith Woodley on their strategies to ensure that Chinese authorities are aware of the threats posed to godwits by encroaching development near the Yalu Jiang wetlands. At around 3pm Keith and other experts will escort us to the hides for spectacular views of the godwits and other wading birds as they ready themselves for their return migration in March.

This is a Northern Region event so we will be joined by members from Hibiscus and Hamilton branches. Will be inviting members of the consulate so put your name down early.

Numbers are limited so remember to book. Ring Cecil Fowler at 620 6710 to say how many are coming.

Last year’s trip was a sell-out so bookings are essential.

Graham Jackson and his partner Jan McLeod have visited the branch on numerous occasions, it is with deep regret that we learn that Graham had passed away in his sleep on Tuesday 17th Jan. They spent many years in China together teaching English in MianYang, it was wonderful that three ex- Chinese pupils and a Tibetan pupil, all from Sichuan, flew in from China and were able to spend time with Graham in his last days. We share Jan’s grief and are glad that she has these loving young people to be with her for few more days.

Committee member Sylvia Yang has returned from a 3-month trip to China that included an NZCFS documentary assignment with Aaron Huang covering last year’s projects tour to Shanxii and Gansu provinces. The tour visited health projects funded from Auckland Branch, the restored Rewi Alley’s cave house from 1941-43, meeting one of Rewi’s students who is now Chairman of the Bailie Old Boys Association, and the He Ming Qing scholars. Sylvia will premiere her film at the National Conference. Already she is confident it will advance ourtheme: “What touched me was our dinner with secretary of the Shandan Bailie Old Boys. He is still so enthused about what Rewi achieved and the legacy he left. It was a revelation for me to see the passion of our members not just to give money but to meet the people we are trying to help. Seeing what we have done, and could do in future makes me more committed to carry on the work that Rewi and Kathleen Hall began. Until now it sounded good but was a little remote: “I feel it is on me now.”

The charismatic Chief Executive of China Lion, the worlds leading distributor of Chinese films to North America and the United Kingdom – as well as Australia’s and New Zealand – had the complete attention of our November meeting, especially from our visitors from the New Zealand Chinese Youth Federation, But he got the warmest applause from his offer to provide our Branch with DVDs to set up a lending library of recent Chinese film releases. We will let you know when they arrive.

Mark your Calendar for  18, 19, 20 May National NZCFS  Coference in Auckland: VIP Guests from China confirmed

Mme Li Xiaolin who was recently promoted to the post of President of the Chinese Association for Friendship with Foreign Peoples, and cherished Honorary members Ma Baoru and Lu Wanru have confirmed they will be attending this landmark event. Auckland is the host as we celebrate the 60 th anniversary of the founding of our society in 1952, and the 40 th anniversary of the opening of diplomatic relations with the People’s Republic in 1972. Our conference theme: “We find our future by honouring our past.” Your committee has been busy planning the programme which will begins on Friday May 18 with an opening by Mayor Len Brown and the screening of Rudall Hayward’s 1958 film of Ramai Hayward to Chairman Mao of the  eather cloak that once belonged to Tawhiao, the second Maori King. More details next newsletter.

Fifteen members have signed up for this tour, led by Judy Livingstone – but another man is still needed. The cost is $7123 for 22 days. If this sounds like you, check out the full details including up to date itinerary at our website: www.nzchinasociety.org.nz or contact George Andrews.

Yuan Wang 6, China’s space-tracking vessel docked at the Ferry Terminal following a tour of the Pacific as part of China’s successful Space mission. President George Andrews is seen here with Captain Yuan Ling and his colleague Mr Shi who gave a cocktail party for Auckland dignitaries and friends of China.

What may the first in a year-long list of events celebration in on stage at the Sky City on February 3 and 4. We have 50 A Reserve tickets allocated to Society members for only $20, all proceeds to our Society, if you are interested, please contact Sylvia on 021 660082. 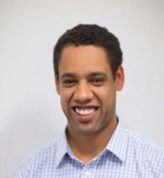 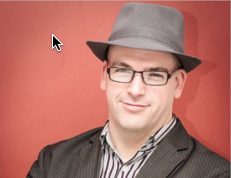