Auckland branch of the New Zealand China Friendship Society has been working with Miranda Naturalists Trust and the Auckland Chinese Consulate to garner support from China to protect the wetlands stopover of the Godwits on their long flight to the Arctic. Here is an update on their progress:

Beijing’s Ministry of Forests has written to the Auckland branch promising to “try the best” to restrict development threatening the Yalu Jiang wetlands in Liaoning province – a key stopover for NZ godwits and other wading birds on their return journey to the arctic to breed.

The letter was personally sought on behalf of Auckland branch by Consul Long Yangping of the Auckland Consulate after she watched the powerpoint prepared by the Miranda Naturalists Trust who have spearheaded research on the remarkable migrations of the godwits and the threat to the wetlands at Yalu Jiang.

The Trust has thanked Consul Long and the Auckland branch for their support. They will collaborate with the branch in producing a DVD version of the power point presentation in English and Mandarin. 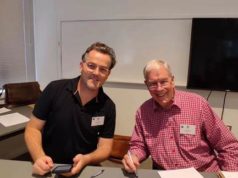 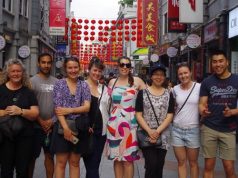