Bill Willmott was made a Life Member of the New Zealand China Friendship Society, Inc. in 2002.

Born in Chengdu, China, in 1932, where his parents were United Church of Canada educational missionaries. Bill grew up and finished high school level there before going to Oberlin College in Ohio. He completed a BA in Sociology and then an MA in Anthropology at McGill University, Montreal, based on research on the Eskimo community at Inukjuak in Northern Quebec. His PhD in Social Anthropology was completed in 1964 at the London School of Economics based on research among the Chinese in Cambodia.

Bill was President of the New Zealand China Friendship Society for ten years (1989-1994 & 1997-2002). He also chaired the Christchurch-Gansu Friendly Relations Committee for several years. He has led 14 tours to China.

In 1986, he was appointed Honorary Professor of Sociology, University of Shanxi, and he is also Honorary Principal of the Shandan Bailie School, Gansu Province.

In 1998 he received the Rewi Alley Honorary Award for Promoters of Gung Ho Cooperatives, and the Chinese honoured him with the title of Friendship Ambassador in 2002.

In 2001 he was made a Companion of the New Zealand Order of Merit (CNZM), and in 2008 he received the Christchurch Civic Award. 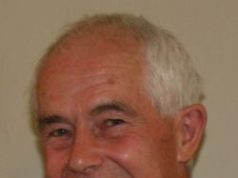