Carrying on the Spirit of Rewi Alley – A history of the part that the NZCFS has played in the development of Co-operatives in Western China.

Rewi Alley played a huge part in assisting China since he first arrived there in the 1927 until his death in 1987, and the NZCFS, since 1952, when it was founded by Rewi Alley, has  carried on to the present.  Now Tim Zachernuk (see his profile in Endnote 1), Liu Guozhong and Dave Bromwich (NZCFS National President) have completed a comprehensive story of the many successes achieved and also the NZCFS’ continuing support down the years for all Rewi Alley’s original projects.

Another of Rewi’s projects was the setting up of the Gung Ho organisation (by Rewi, Edgar Snow and others), in 1938 and its input into co-operative development has also expanded throughout the succeeding decades.

Alongside the Canadian Co-operative Association, the Gung Ho International Federation (the International Committee for the Promotion of Chinese Industrial Cooperatives) helped rebuild the co-operatives around Shandan.  In the early 2000s, eleven co-operatives were organised in Shandan with Shandan Gung Ho providing assistance.

Throughout the following years, NZCFS projects have become more and more useful. Prof. Bill Willmott led a delegation to Shandan to mark the 60th anniversary of the original establishment of the school and recommended that the Bailie School  combine its educational methods with the philosophy of the Gung Ho movement and use the school as a Gung Ho training centre for rural development and poverty alleviation work.  The NZCFS subsequently established the NZCFS Bailie School Working Committee to carry this forward.

Further to this, in 2004, Dave Bromwich proposed using the Shandan Bailie School Training Centre to support the development of co-operatives.  This idea was implemented and eight villages were selected as project sites to begin the work.  Emphasis on participatory approaches for beginners to accurately assess their problems and comprehensive training on how to resolve them was successfully implemented and guidelines along with ongoing training have produced positive results for local farmer cooperative members.

The report is a fascinating insight into what can be done for people living in remote areas and the benefits they have gained from NZCFS and other charitable organisations.

Tim Zachernuk, originally from Canada, has been living and working full time in China since 1995.  From 1995 to 2012 he worked on a variety of internationally funded rural development and poverty alleviation projects in all provinces of western China.  While working as Project Director of a Dutch funded multi-sectoral poverty alleviation project in Huoshan county of Anhui province between 1999 and 2003, he became involved in supporting farmer economic organizations.  Since then his work has increasingly focused on supporting the development of farmer Co-operatives. 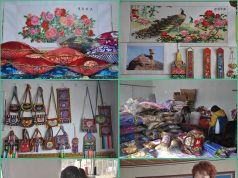 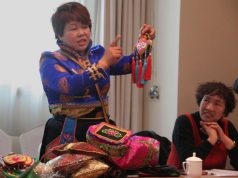