Last Thursday of the Month

(except January, September, November and December) 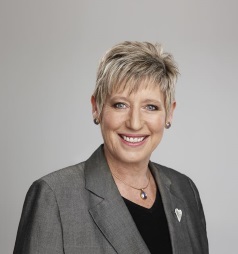 We are very honoured to have as our speaker this month, Mayor Lianne Dalziel. As you will know, she has just returned from a three week trip to Asia, most of that time spent on her first visit to China. She led a delegation of 35, composed of people from the education, tourism and business sectors. In China the mayor visited Chengdu, Beijing, Shanghai, Shenzhen and Guangzhou, as well as our sister cities of Gansu and Wuhan, where, at a dinner, she stood up and, much to everyone’s surprise (including the Kiwi delegates) proceeded to sing two popular Chinese songs! I know personally and from other sources that right now she is bubbling with ideas and enthusiasm from her China experience. Be sure to come along and hear what is going to be a great talk. Also have a look at http://www.stuff.co.nz/the-press/news/67779306/international-trips-on-the-public-purse

At the time of the mayor’s visit to China, our Christchurch China Sister Cities committee took a 21 strong tour group to China, during which its itinerary linked in with Mayor Lianne Dalziel’s time in Wuhan and Gansu. We plan on having an article in our June newsletter about this very successful tour.

Young branch members recently arranged walks around Taylor’s Mistake on two consecutive weekends, and each time 10 young people came along. During the second walk, our branch provided a BBQ. Walk organiser Ross says their friends managed to see White-flippered penguins www.penguin.org.nz which they found very exciting. Ross said it was a very pleasant two hour walk; good for the health. 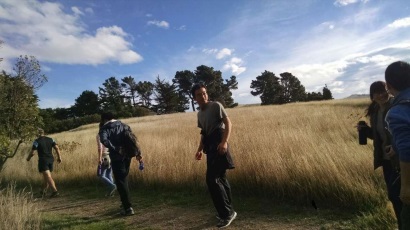 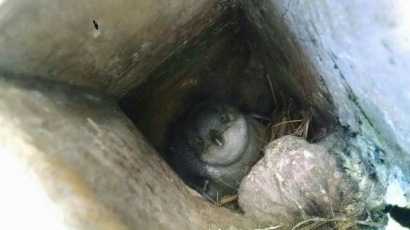 Chinese People’s Association for Friendship with Foreign Countries (Youxie) officials Wang Lidan (Linda) Deputy Director, Division of Canadian & Oceania Affairs Dept. of American & Oceania Affairs who is well known to a lot of us of course, and her colleagues Mr. Hao Zhongwei (Felix) who is Deputy Director General and David recently visited Christchurch for a very brief visit.

This was Linda’s first visit here since the earthquakes. They were in the country to attend the Sister Cities New Zealand annual conference in Wellington. During their time here they met with Mayor Lianne Dalziel, were taken out to the Rewi Alley Park at Springfield, had a very brief farm visit, visited the Canterbury Museum and Botanical Gardens, and ended the day with a potluck at the Livingstone’s. I don’t think they had time to draw a second breath!! 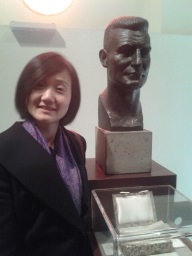 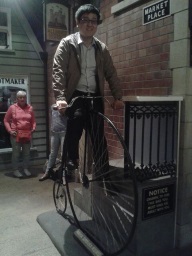 For the uninitiated (and I was one of them!), TED (Technology, Entertainment, Design) is a global set of conferences run by the private non-profit Sapling Foundation, under the slogan “Ideas Worth Spreading”. TED was founded in 1984 as a one-off event; the annual conference series began in 1990. TED’s early emphasis was technology and design, consistent with its Silicon Valley origins, but it has since broadened its focus to include talks on many scientific, cultural and academic topics.

… the second is Yang Lan, the Oprah of China. She offers insight into the next generation of young Chinese. http://www.ted.com/talks/yang_lan?language=en

Both are a riveting view; take the time to look and listen.

The society is seeking suitably qualified people to fill this position each year. Currently the position has been filled until July 2015, and a new teacher is sought to start late August 2015.

A degree or teaching qualification is required. The salary offered by the school is 3000 RMB (around US$450 per month).  Airfares and accommodation are provided as part of the package.

Shandan Bailie School has a unique nature through its legacy with Rewi Alley, and the educational approach of ‘hands and mind together’ – combining academic and vocational training. NZCFS has had a long term relationship with this school, and teachers living and working here can enjoy the benefits this brings. NZCFS has also assisted with developing and funding of small rural development projects based at the school.

Shandan is in Gansu Province, on the “Old Silk Road”, and experiences hot summers and very cold winters. The position requires an adventurous person who will enjoy the opportunities of the school and be stimulated by the demands of the location.

While this is essentially a volunteer’s position, the salary is more than ample to live on. A one year position is preferred. However one semester placements will also be considered. Semesters start in late August and late February. To get an idea of a teacher’s life at the school and in Shandan, the current teacher has written her impressions here.

For further information and questions answered about this position, contact National President Dave Bromwich at  [email protected]  Please note that teachers are regularly required to teach at SBS. If you are interested in this position, but the timing of this vacancy does not suit you, please indicate your interest in future vacancies to Dave. This position is filled by New Zealand applicants whenever possible.

A surge in round-the-clock bookstores across China is helping lovers of traditional books read more, without hampering their day jobs, as Liu Zhihua finds out.

All-night bookstores across China are now offering people an alternative to either partying or watching TV at home. While the stores allow readers to purchase books at any time, visitors are also encouraged to sit down to read. 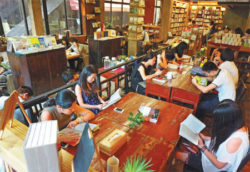 In July, owners of some 11 round-the-clock bookstores from all over the country gathered in Beijing announcing their alliance to better serve booklovers and to promote reading, at a time when traditional bookstores are closing due to the rise of e-books and online retailors.

Qi Fei, 30, a Beijing resident who works for an international consultancy, is among those who find the extra hours very useful.

He loves the feel of paper in books, walking around a store, looking through the many sections of books. Earlier, Qi seldom had the luxury to turn a few pages at a bookstore or library because work kept him on his toes for most of the day, even on weekends.

But with the new trend in late night bookstores, he no longer needs to miss out on his passion.

“With the opening of a 24-hour bookstore in Beijing, I can finally enjoy books and reading like I used to,” Qi says.

The bookstore Qi likes to visit is Sanlian Taofen Bookstore, an 18-year-old shop near the eastern corner of the National Arts Museum of China in downtown Beijing. Named after famous Chinese scholar Zou Taofen (1895-1944), the store is famous for having many complete collections of books on social sciences.

Earlier this year, the bookstore decided to open 24 hours to meet the needs of booklovers, especially with an eye on the World Reading Day (April 23), according to Zhang Zuozhen, the store’s general manager.

“We hope to provide a cozy, friendly and free environment for booklovers, and welcome everyone who wants to read,” Zhang says.

During the 10-day trial run, prior to the official kickoff on April 18, the bookstore had an average revenue of around 28,000 yuan ($4,520) per night, and daytime revenues shot up by about 55 percent. Even Premier Li Keqiang sent a message, calling the bookstore a “spiritual landmark” that will empower readers.

To date, the two-storey bookstore has spent about 800,000 yuan on buying lamps, tables, chairs and sitting mats, as well as updating computers and air conditioning units. It also provides free Wi-Fi. At night, the store is packed with readers mostly in their 20s and 30s.

On its busiest night, there were about 900 people at the store. There are more than 300 customers on an average night, bringing in more than 20,000 yuan per night.

In the past four months, the bookstore made a revenue of more than 63,000 yuan a day, doubling its daily income last year.

Although the first 24-hour bookstore on the mainland appeared in southern China’s Shenzhen in 2006, Sanlian Taofen Bookstore has managed to attract more headlines in the national media.

The Yue Lan Shu Bookstore in Hangzhou is not only the first 24-hour bookstore in Zhejiang province but also distinguishes itself in other ways. It offers readers thousands of books that can be easily accessed and provides a tranquil view of the lush greenery through its floor-to-ceiling windows.

Additionally, it brings in professional chefs to cook at its cafe.

“There are always customers at night since we started to keep the store open for 24 hours,” says store manager Xu Yue. “We are happy that readers also put down their suggestions on our customer logs.”

The bookstore aims to be a place to satisfy people’s quest for knowledge and encourage them to be curious about reading, particularly when most Chinese fiddle with their smartphones instead of reading paper books, while waiting for public transport, according to Shen Yi, co-founder of the bookstore in Hangzhou.

Zhang, the manager of the Sanlian bookstore in Beijing, says that it is a good thing to have round-the-clock bookstores because Chinese people still love reading paper books.