Monthly meetings of the NZCFS Christchurch Branch are held on the last Thursday of the Month (except January, September, November and December): 7.30 pm at the Rewi Alley Education and Cultural Centre (Wharenui School), 32 Matipo Street, Riccarton. 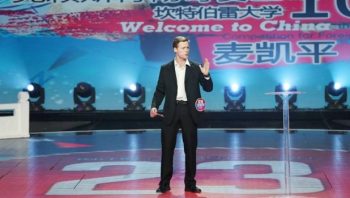 Bradley Meredith is an engineering student at the University of Canterbury, and won the top prize in the international finals of the 14th Chinese Bridge competition in Beijing last year. Chinese Bridge is an annual contest, broadcast on Chinese national television, and aims to encourage excellence in speakers of Mandarin as a foreign language. The final competition can be found in this Youtube link: https://www.youtube.com/watch?v=h8r5l_OYt7g Bradley will talk about his experience in winning the Chinese Bridge competition. This is going to be an amazing story, from an amazing young man. Be sure to come along and hear his story.

As you know, the society holds a conference annually, which is hosted by different branches. Next year our branch will be the host. As reported in our last newsletter, 2017 is the 120th anniversary of Rewi Alley’s birth, the 90th anniversary of his arrival in China and the 30th anniversary of his death; 120+90+30. It will therefore come as no surprise to learn the 2017 conference will be built around the life and legacy of Rewi Alley. It is still early days re planning, but the conference will be in May and will probably focus on how we can best develop the legacy and spirit of Rewi Alley into the future. We will keep you posted on details as planning progresses, and know we can rely next year on branch members to help make it a huge success.

For over 30 years, this wonderful Hong Kong choir has toured the world, performing in over 50 countries, including being the only children’s choir invited to perform at the 1997 handing over ceremony of Hong Kong to China. Recently, it was our turn to be enthralled, when they performed at the Chinese Catholic Church in Greers Road. The repertoire covered everything, from sacred through to stage shows – and even Pokare Kare Ana!  Their energy and talent was amazing; these pictures speak for themselves. 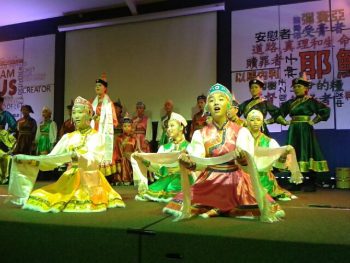 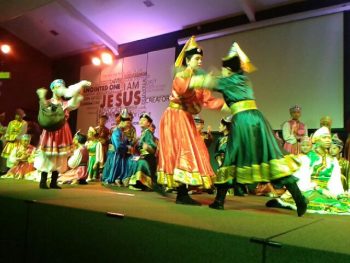 the relationship between China and New Zealand as well as encouraging ordinary New Zealanders to give Mandarin a go.

Co-chairs, Jo Coughlan and Raymond Huo have asked everyone to invite their friends to ‘like’ their Facebook page https://www.facebook.com/pages/New-Zealand-Chinese-Language-Week/480944268727088?fref=ts so let’s all do our bit by getting it out to everyone, so that we can support New Zealand Chinese Language Week and help raise the profile of Chinese language in New Zealand.

Can You Solve a Mystery?

A few months ago someone paid their annual subscription (which of course we were very grateful for!). However, in the details line they just entered the letters MGS. If that was you, or you know who those initials fit, can you please contact membership secretary Craig [email protected]

If you are interested in this tour, you need to contact Ann White as soon as possible, (email address on flyer) as she has had a lot of interest and is now asking people to fill in a details form to confirm their place on the tour.