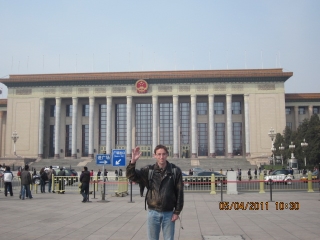 Stephen Hoare-Vance grew up in Christchurch and after an initial session at Canterbury University in the late 1980s, returned in 2006 to finish off what he started. Majoring in Political Science, he ended up developing a focus on China and became involved in the NZCFS. Unsure of how it would turn out, but sure it would be educational, he took the chance to teach English at Hebei United University in Tangshan, Hebei province in north-east China, arriving in August 2010. While it hasn’t all been plain sailing, it has been, and continues to be a great opportunity, and he will be visiting Christchurch for two weeks with a Chinese wife, son and plenty of new experiences! Be sure to come along and hear Stephen’s fascinating story.

The Yip’s Children’s Choir (YCC) was created in 1983 by Dr. Yip Wai-hong after years of dedicated work in the field of children’s music education.  Based in Hong Kong, it has about 800 members (they won’t all be here of course!), aged from five to 17 years, and has a repertoire which ranges from Renaissance to modern periods, and includes religious works, art songs, folk music from all nations through to jazz, pop and Broadway. They have performed in many countries, and now it’s our turn!

NOTE:  Tickets are available; watch for the email in the next few days from membership secretary Craig, which will give full details.

To whet your appetite in the meantime, have a look at the Yip’s Children’s Choral & Performing Arts website for more information.

A visit in April of a delegation from Lanzhou City University, Gansu province, led by Mr Wang Zhiping, Deputy Director-General of Gansu Provincial Educational Department, to discuss among other matters “…the 120 years anniversary celebrating activities of Rewi Alley in 2017” was the catalyst for planning to commence for a range of events in 2017. It will be the 120th anniversary of Rewi Alley’s birth, the 90th anniversary of his arrival in China and the 30th anniversary of his death; 120+90+30. A local committee has been formed to handle the many celebratory events which will happen during this time.

It is too early to give absolute details of what is planned, but some of the projects hoped for are a tour to all society branches of the Rewi Alley in China exhibition, a reprint of Philippa Reynold’s 1997 biography of her Uncle Rewi, restaging of the Rewi Alley Roadshow (a play on Rewi’s life which was commissioned by the China sister cities committee for his centenary in 1997), the development of a full Rewi Alley Tourism Trail for Chinese tourists, a schools’ competition and possible visits by delegations from China. All these projects are more or less in the conceptual stage at the moment, so watch this space for further developments!

You will remember the article on these projects in our January newsletter. Biddy Manera, Mike Keenan and Fiona Pollard recently attended a dinner in Christchurch with Consul-General Jin Zhijian, his wife Helen, Don Yee (President of the Guangdong Assn), donors, and officers from the Department of Corrections, who will be kindly providing labour for the projects. This was an opportunity for them to give an update on their Chinese reserve projects in Kumara and Ross.

Fiona says “I was delighted with the warm welcome and they were all impressed with our presentations that outlined the progress on the projects.

They were supportive and encouraging and actively exploring ways to support this (Kumara) Chinese Miners Memorial Reserve.  It has strengthened our relationships with the Chinese community and Department of Corrections. We are looking forward to all working together on site once the preplanning phase is completed.”

Erin Diao has been working on the third drawing stage for the Kumara project, and is dealing with a Chinese manufacturer to get an initial quote from them in terms of the Chinese features. One of the local Chinese donors has just been back to China to visit the factory, and Erin is working on getting those features brought here as soon as possible.

Fiona and the team are applying for additional funding, working through the resource consent documentation, updating the Business Plan etc. There’s a lot to be done. While a starting date is yet to be set, they hope to make a start on this exciting and ambitious Kumara project this coming summer. The official foundation stone laying for the Ross Reserve will be carried out by Consul-General Jin Zhijian on Saturday 20 August. The foundation stone is local serpentine, donated by jade carver, musician and multi-sportsman, Ross resident Steve Maitland, Westland Region Environment Network Incorporated Society (WRENIS) Vice Chair. The etching of the stone has been donated by Jamie Rhodes of Greymouth.

Once completed, Department of Corrections workers will continue to maintain the gardens, which will add to the already amazing support they have given to memorial projects around the township of Ross.

Sources of funding to complete the project are still being pursued, including a fundraising function (it sold out quickly) to be held in Christchurch on 31 July, organised by Christchurch residents Victor and Sharon Cheng. Some Ross residents and businesses have made donations to be auctioned off at the fundraiser. 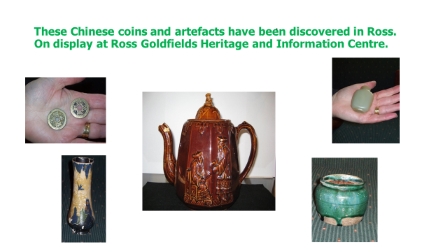 In May, Mayor David Ayres of Waimakariri District Council signed a sister city agreement with the Prefecture of Enshi in Western Hubei province.  While the population of the Prefecture is much bigger than Waimakariri’s, the mix of rural and urban areas seemed to be a good fit, as is the fact that Christchurch’s sister city of Wuhan is also in Hubei.

The Waimakariri delegation, which included representation from the council and Enterprise North Canterbury, was hosted very generously by the Prefecture Government and visited a number of scientific, cultural and educational institutions, as well as their major tourist attraction, the Enshi Grand Canyon.  The visit was a relatively short one, but Waimakariri and Enshi are determined to broaden the range of contacts between their districts.

For further pictures, have a look at http://nz-hb-etc.nz/site-images/WDelegationVisitedEnshi.pdf

Christchurch has had a strong and ongoing sister city relationship with Gansu Province since 1984. In about the last week of July, the Gansu Foreign Affairs Office is going to send a young woman from Lanzhou University, Wang Rui (Rachel) to the ARA Institute of Canterbury (formerly the Christchurch Polytechnic Institute of Technology). She will stay until late November/early December, with the aim of improving her English and giving her the opportunity to get to know us better. This is being done under the auspices of the Christchurch China Sister Cities committee, which has run this annual training programme now for several years. The committee is looking for kind people willing to home host Rachel. Each home hosting period would probably be for a period of about four to eight weeks; this can be negotiated. A homestay payment of $140 per week ($20 per day) will be made. If you would like to help give Rachel a wonderful experience (and of course enrich your life as well), please contact Judith Pascoe of the Christchurch China Sister Cities Committee 03 3188260 or 0211522900  [email protected]

This is the lovely letter Rachel wrote to Judith: “This is WANG RUI who will take your interpreter training session of the programme auspices by Gansu Foreign Affairs Office.

I am delighted to write this letter for you as the first time to get connection with you and your well known committee.

Firstly, could you please allow me to introduce myself. I graduated from Newcastle University, England, Master degree of Education. I’ve been in the UK. for two years. After my master degree in England, before I was employed by Lanzhou University of Finance and Economics, I have been working as a senior secretary in an international company in Shenzhen, CHINA, which is running business of police instruments. Now I am working in International Exchange and Cooperation Department of LANZHOU UNIVERSITY of FINANCE and ECONOMICS. I’ve been here for 3 years taking care of foreign experts programme and government funded overseas study programme.

It is my honer to have this opportunity to attend your interpreter training session, while it is also an excellent chance for me to learn your local culture and educational model. Thanks for your lovely invitation letter!

Thanks for helping me!”.