PLEASE NOTE THE DIFFERENT DATE:  Our July meeting will be on the afternoon of Sunday 30th., when we will celebrate the 60th anniversary of our branch’s founding.

2.00pm:  back to our usual monthly meeting place for tea, coffee, nibbles and Birthday Cake (Thank You Anna Chen!). If you have any old photos or other type of memorabilia of the early days of our branch, please bring them along. 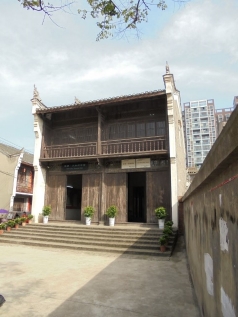 Why did the Mayor of Honghu, a Chinese city the size of Christchurch recently visit Canterbury asking about Rewi Alley’s early life here?

Why did a writer of Rewi’s exploits write ”It’s like squeezing water out of a stone”, when trying to ask Rewi what he did in Honghu?

Why would Rewi take leave from his full time work to become a volunteer representative of the League of Nations for a Chinese Province, Hubei, the size of Great Britain?

Why has Honghu, the city he visited then, decree the small accommodation building that he spent seven nights in during his leave, a ‘cultural’ relic for protection for all time for what Rewi did during those few days?

Could one man truly be responsible for saving the lives of hundreds of thousands in those seven days? How could that be possible? Why would Rewi not talk about it?

The legend and legacy of the man who is possibly New Zealand’s greatest son, continues to grow as more monuments, museums and statues are erected today to him in different parts of China, including one featuring the father of China’s current President. A Rewi Alley family tour recently visited some parts of China that Rewi worked in. They were blown away by the depth of feeling shown to them and to Rewi ‘s legacy in different regions and for different reasons.

Here in New Zealand, we know of Rewi for some of his momentous works, but why is it that in China they know him for reasons totally different which we hardly know about? The big questions are – how can we encourage the students of today to research and study what Rewi did and so understand his story together with the legacy he has left? How can we keep this legacy alive both to understand his place in the relations between our two countries and as a model fighter for human rights and for the dignity of all humankind?

The Rewi Alley Anniversary Commemorations Committee here in Canterbury has this year developed three Units of Learning for History and Social Studies students to encourage such study. Also they have arranged a Canterbury competition for free trips to China for two students and a guardian each that will give those students a glimpse of Rewi’s legacy.

Details of the NCEA Units, the competition details and entry forms can be found on the Anniversary Commemorations website  http://www.rewialley.kiwi.nz

Otago Girls’ High School has opened its very own Confucius Classroom. The classroom aims to support and encourage activities related to Chinese language and culture.

Watch this video for interesting interviews with students, teachers…goals and activities.  https://www.odt.co.nz/the-southtoday?video=5477183950001

An Important Message for our Chinese Residents

I am a volunteer at a local park, and was told recently of concerns about Chinese people picking and eating the plants in the garden, and others in the city. Some of the paths and other hard surfaces have been sprayed with an organic spray, which is poisonous. Signs have now been put up, and it would be appreciated if the following could be passed on to local Chinese associations, clubs etc for their members.

(plants in the garden have been sprayed with poisonous chemicals, picking or eating them will make you poisoned)

Please enjoy our garden but do not stand in the garden beds.

Please do not break the branches off the trees.

Recognition of a First Class Kiwi

The following article appeared recently in the Selwyn Times newspaper. Phil has been a member of our branch for many years, and this is one of many awards he has received. I remember him once telling me he’s been to China over 70 times! Congratulations Phil!! The following very interesting article is a follow on from the May article by branch member David Stringer. Read and enjoy. 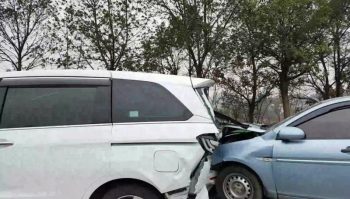 In part one, I told you how I visited China during New year for the ‘family reunion’ ( 团圆tuányuán), and how a few days later we headed off on the highlight of my trip – a three day road trip.

Well, we all met up early in the morning, not far from the apartment. Our traveling companions were to be Mr & Mrs Zhong. Mr Zhong works in the news department of Hunan Television (湖南电视台）which is very famous in China – in particular for hosting the ‘China’s got Talent’ show. Anyway, this turned out to be very useful as you will see later on.

Mr Zhong took the newsroom notice from the windscreen of his car and put it into ours. We bundled into the one car and commenced to negotiate our way out of the city.

But first, a stop for Mr Zhong to get supplies. He had his smokes (already offered to me and refused politely – his wife telling him off for the filthy habit) but had run out of betel nuts. If you haven’t come across these before, check them out. They are available all over Asia. By chewing them you get a burst of energy, but I found they caused me indigestion and heart problems, so when offered I politely refused. 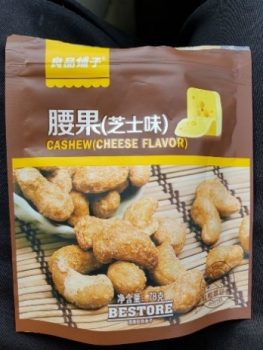 Mr Zhong then advised I could try a little bit (they can be ripped into thin pieces) and build up, but I already knew this. Once again, his wife remonstrated his filthy habit and reached around from the back seat to belt him in the chest, just to get her message across!! All in good faith, of course, and we had a good laugh, as we headed for the motorway.

This being a public holiday time, the motorways (usually toll roads) were free of charge, although we often found the petrol stations taking only cash and in one case limiting the amount of each fill. Mr Zhong would point to the sign in the window in order to try and jump the queue, and it often worked. At one place we saw official vehicles clearly being given preference too.

As we traveled south, all day, we had to slow several times, and on reaching the head of the queue, found the reason to be car accidents. Despite, or perhaps because of the relatively low number of road users at that time, some people were clearly not keeping a proper lookout, and coupled with people’s habit of just slowing down (or worse, simply stopping mid-lane!) to check the ‘sat-nav’ or answer the phone, rather than pulling over – well, we know the result. Chinese driving at its best/worst! 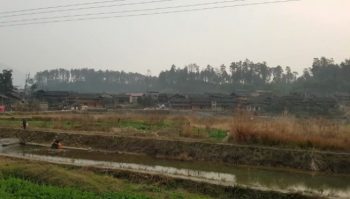 It was late afternoon when we pulled off into a small city (probably about the size of Christchurch!) for a meal and comfort stop. Great food, and a chance to make use of the restaurant wifi to catch up with all my WeChat friends. (If you don’t have WeChat in China, you really are behind the times! It’s a messaging service with so many useful extras – including a ‘wallet’ function so you can pay small bills, like taxi fares or restaurant etc. So quick and easy – and you can send red-packets (红包hóngbāo) – great for birthdays)

Now, I should mention in passing that at the first motorway halt we not only filled up the thermos flasks, but also bought a few supplies to add to those we already had, including the ‘cheese flavoured cashews’ – and just when I though I knew everything about ‘Chinese’ food!!

Mr Zhong bought two caps, one for him and one for me, which made finding each other very easy later on, and has brought me many favourable comments from among the mainland Chinese community here. You will see them in the photos.

Back on the road again, we were no longer on the motorway, but on a main road, much like in New Zealand. The flat landscape was giving way to small mountains, causing the road to become windy. I also noticed the

At one point we stopped to look at a whole village of these ancient looking wooden houses the other side of a river and some fields from the road.

Down in the river, a lady was washing her clothes by hand in the stream. If it weren’t for the ‘newer’ buildings on the main road, I would have thought I had gone back several hundred years.

Much later still, we arrived at our first destination, the city of Tōngdào 通道. We booked into a hotel right by the river, by one of the road bridges. The bridge had arches at each end, all lit up for the night, and looked very pretty, but there was an impressive wind and rain (covered) bridge further down.

Hosting for students is available in Solway Avenue. The homestay is directly opposite the Dovedale campus and thus in close proximity for UC students or those who study through CCEL. They have hosted students from over 15 countries for seven years and prefer to host students who are over 18 years of age, thus considered to be adults. Contact Gabrielle 357 2007 021 119 1695  [email protected] for details.