In September 2008 NZCFS and Shaanxi Women’s Federation (SXWF) formalised a Memorandum of Cooperation. In September 2009 a joint workshop was held with SXWF, ICCIC and NZCFS to promote modern cooperatives This project is one outcome from that workshop, and the second community development project to be implemented under the NZCFS-SXWF relationship.

This project identifies the value of cooperatives in rural communities to act as democratic grassroots organisations. These can assist households effectively engage in the economy leading to improved income, and facilitate community development. Effective cooperatives are sustainable because they encourage self-realisation and ownership of economic and social improvement.

The project targets improvement in effectiveness of cooperatives in Shaanxi Province. The key outputs are to train local trainers who will then be capable of establishing model cooperatives. This Trainer of trainer (ToT) programme will be delivered by ICCIC trainers experienced in practical cooperative establishment, and complemented by field supervision and a study tour for trainee participants. The study tour will visit Shandan County in Gansu, where previous NZCFS projects have helped to develop a cooperative promoter training programme based at Shandan Bailie School, and establish Shandan as a model county for modern cooperatives.

In the first year, the project supports establishing a total of 8 model cooperatives spread throughout 6-8 counties in Baoji and Hanzhong districts of Shaanxi Province. Some of these are cooperatives based on women’s handicraft, and some are agriculture production cooperatives. In year two, both the model cooperatives and personnel trained will be further used as demonstration models and training resources for extending the effective management and operation of cooperatives throughout the two districts and beyond. At least 16 other cooperatives are expected to benefit from this by the end of year two.

Downstream, it is hoped that this project will extend the establishment of effective cooperatives to a broad area of Shaanxi province. An end of project study tour for 100 people to a model cooperative and workshop/forum will introduce and promote the project outcomes.

In February, SXWF identified 10 cooperatives from 8 counties of Baoji and Hanzhong districts according to guidelines set.

In March, SXWF accompanied ICCIC cooperative promoters SBS’ Liu Guozhong and Chen Zhinian (Shandan Cooperative Federation director) to the cooperatives to evaluate their acceptability for participation in the project, and to conduct a baseline survey of the cooperatives.

In late March they were joined by NZCFS’ Dave Bromwich, and a four day workshop was delivered to 60 trainees in cooperative principles and management and in participatory methodology, as well as project planning and implementation processes required for the project .

The trainees were selected from the cooperative sites, and included county and township WF and Economic Management Station personnel, and cooperative leaders. These trainees will become the core trainers responsible for implementing the project, and building the capacity of their respective model cooperatives through a local training and mentoring approach. Later they will receive an advanced training, undertake a study tour to Shandan, and receive visits from the ICCIC coop experts in the field. 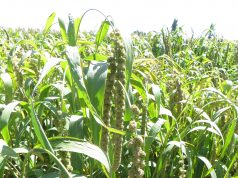