Gung Ho is the slogan and nickname of the International Committee for the Promotion of Chinese Industrial Cooperatives, a project founded by Rewi Alley to foster genuine democratic cooperatives in various parts of China.

The New Zealand China Friendship Society supports this movement both materially and morally as one of our major projects.

The Gung Ho movement has a long history. In 1938, Rewi Alley, Peg and Edgar Snow, and some other friends in Shanghai together set up an International Committee for the Promotion of Chinese Industrial Cooperatives. At that time, the Japanese invaders had already captured most of China’s industrial cities and looked to occupy all of China in the near future. Rewi’s plan was to establish small producer cooperatives throughout China that could contribute substantially to the war effort at the same time as they advanced the ideals of cooperation that Rewi and many others espoused as the hope for China’s economic future.This became a nation-wide civil movement with the biggest influence in China Gung Ho movement history.

The Chinese name for “China Industrial Cooperatives” was Zhongguo Gongye Hezhoushe. This was abbreviated as Gong He (the first characters for the two words for “Industrial Cooperatives”), or “Gung Ho”, as it was then written. Rewi adopted this as the logo for the movement, and it can be translated as “working together”, which was a perfect slogan for the movement as a whole.

With Madame Soong Ching Ling (Sun Yatsen’s widow) as its leader and Rewi as field secretary, the movement took off, and within two years there were over 3,000 cooperatives scattered through sixteen provinces with more than 300,000 members. It collected money all over the world from people sympathetic to China’s struggle against Japanese imperialism. In New Zealand, CORSO began its life supporting the Gung Ho movement.

After 1942, when Rewi Alley was dismissed from Gung Ho by Chiang Kaishek’s corrupt government, he shifted his attention to the Bailie Schools, and the Gung Ho movement gradually petered out.

Forty years later, when Rewi was already 85, he realised that the government reform policies under Deng Xiaoping opened the door for a revival of the Gung Ho movement. Together with several of the war-time leaders of Gung Ho, he resurrected the movement and gained support from various cooperative federations and foundations around the world. They began to foster small cooperatives in Beijing, Hubei, (where Rewi had done flood relief in 1932) and Shandan (Gansu, where Rewi had led the Bailie School for eight years 1944-52), and other centres.

When he died in 1987, his colleagues continued the work and recruited many more to the committee from Australia, Canada, Belgium, Germany, Japan, Mexico, UK, USA, and New Zealand. Since 1987, the ICCIC has supported a large number of cooperatives in different provinces in China for cooperative principle training, capacity building, income generating, participatory management, environment improvement, women’s position enhancement, poverty alleviation, etc. Cooperatives were been set up as far afield as Gansu, Sichuan, Hebei, Henan, Shanghai, Yunnan, Guizhou, Anhui, and Jilin.

The growing relevance of ICCIC is also apparent in its ability to lobby the government on such things as the new law on cooperative enterprises. At a time when the government is committed to the alleviation of poverty, the ICCIC can play a vital role in helping rural people find ways to raise their living standards through cooperative endeavours.

From 1987 to 1999, the ICCIC was financially supported by the Central Government and local governments as well as by the Rewi Alley Cooperatives Foundation. It founded three cooperative pilot zones one after the other in Shandan in Gansu Province, Honghu in Hubei Province and Longkou and Penglai in Shandong Province, and also a number of village-level industrial cooperatives in over 20 cities and counties.

In 1995, the ICCIC worked with local women’s associations to found a number of women workers’ cooperatives for rural women and urban laid-off women in the Baoding area of Hebei Province.

From 2001 to 2005, the ICCIC worked with the Canadian Cooperatives Association (the CCA) based on a Sino-Canadian industrial cooperatives development cooperation project agreement and ran 25 cooperative training sessions and 10 cooperative promotion events respectively in Lishu, Jilin Province, Dengfeng, Henan Province, and Shanghai, with a total attendance of 2352. A set of Cooperative Train the Trainer Practical Training Material was published.

From 2001 to 2003, under the support of the New Zealand Government and New Zealand China Friendship Society, the ICCIC played a part in the founding of the Kathleen Hall ICCIC Clinic in North Songjia Village, Quyang County, Hebei Province, and set up the Hebei Women’s Health Aid Project and the Rural Community Comprehensive Development Project there. Altogether, 386 women participated in the training, 219 women underwent a health survey and 167 women had medical treatment.

From 2004 ICCIC participated with World Bank, Canadian Cooperative Association, and China Academy of Social Sciences (CASS) in formulating of new cooperative legislation, resulting in the passing in 2006 “Law of Farmers’ Professional Cooperatives”. This law came into effect on July 2007, and is the basis for the promotion of Gungho style cooperatives in China today.

In 2005, the ICCIC implemented the World Bank Sichuan Farmers’ Cooperative Economic Organization Social Training and Consultation Project, and compiled a set of training and consultation materials (Chinese and English bilingual version) on rural cooperative economic organizations, and held eight training sessions which were attended by 325 people in Renshou County and Tianquan County in Sichuan Province. It also organized 11 cooperative consultation events attended by 233 people, and issued 426 copies of training materials and documents.

In 2007, at the invitation of a French NGO called For Women in Ningxia, the ICCIC provided cooperative training and guidance for women in Magaozhuang Town, Tongxin County, Ningxia Autonomous Region.

In 2008, the ICCIC implemented the Sino-Europe Natural Forest Management Project and carried out cooperatives training and consultation in Baoxing and Pingwu in Sichuan Province and Yongshun in Hunan Province.

In 2008 and 2009, to support the post-quake recovery in the Wenchuan area of Sichuan Province, with the support of the New Zealand China Friendship Society, the ICCIC carried out the Pengzhou Huangcun Post-quake Recovery Project and the Pengzhou Danjingshan Tea Planting Cooperative Training Project in Pengzhou City, Sichuan Province.

IN 2009, ICCIC celebrated its 70th anniversary. The “70th Anniversary Celebration of the ICCIC” was held in the Meeting Hall of the Former Residence of Soong Ching Ling in Beijing on June 29, more than 70 people attended.

Michael Crook, Vice-Chair of the ICCIC, delivered an opening speech at the ceremony. He welcomed all the distinguished guests and gave a brief historical retrospective of the organization. He said he looked forward to a new era of the ICCIC with a mission of furthering the establishment and development of cooperatives in China.

The attendees included Karen Carlson Loving, granddaughter of Lt. Col. Evans Carlson of the U.S. Marine Corps and some members of Carlson’s Raiders. Carlson was a military attaché at the U.S. embassy in China in the late 1930s. He chose “Gung Ho” as the motto for his elite battalion. By late 1942, it was widely adopted throughout the Marine Corps as an expression of spirit and a “can do” attitude. Also at the ceremony, Carlson’s Raiders were presented with a silk banner for their dedication to spread the Gung Ho spirit and motto “Work Hard and Work Together.”

In 2010, under of the social development fund of the China Association for NGO Cooperation, the ICCIC carried out regularization construction assessment and training for 20 cooperatives in Shouyang County and Jinzhong County in Shanxi Province.

In 1992, the New Zealand China Friendship Society made a substantial contribution to a handicapped workers’ garment cooperative in Honghu. We obtained a subsidy from the Voluntary Association Subsidy Scheme (VASS) of NZ government’s Ministry of Foreign Affairs and Trade, and our total contribution of NZ $4,000 helped the cooperative to buy sewing machines that enabled it to expand its membership and get overseas contracts. Today this cooperative is flourishing with a membership of over sixty producing sportswear for a Swiss company as well as work clothing for local factories.

In remote Shandan, the poorest region of Gansu, twelve cooperatives were established, including a paper mill, a flax mill, an experimental farm, a plastic recycling plant, and a soap factory. Although the technology is primitive and markets limited, these cooperatives provide not only employment for young people who might otherwise have to leave their home town, but also training in industrial skills and cooperative principles that will enhance the welfare of the district in the future. NZCFS took an interest in these cooperatives and visited them frequently.

In November 2000, NZCFS President Bill Willmott went to China for a week to visit the women’s Gung Ho cooperatives in Baoding Prefecture (just south of Beijing) that NZCFS has helped to get started. He was heartened by the work the Baoding Women’s Federation is doing to foster women’s co-operatives in both village and city. A knitting co-operative in a small village is providing work and income for fifty-seven women who would otherwise be left behind by the current reform policies. A school bus cooperative in Baoding City is solving three problems at once: work for unemployed women, transport for the children of working mothers, and the problems of dangerous traffic congestion at school gates four times a day.

A new project, started in September 2008 and completed in June 2010, has extended NZCFS activity in cooperative establishment to four other counties of Zhangye district. This established a further 13 Gungho style model cooperatives in 4 counties.

In September 2009, NZCFS organized a workshop with Shaanxi Women’s Federation and ICCIC to improve understanding of cooperatives with WF personnel from Shaanxi Province. At this workshop, WF representatives present showed great interest in a project together to promote cooperatives for women. In March 2011 a new project to establish modern Gungho style cooperatives in Baoji and Hanzhong districts of SW Shaanxi province will begin. It uses a Training of Trainers approach to set up 8 model cooperatives, that can assist local cooperative promoters to extend successful cooperatives in each area. The project brings ICCIC and Shaanxi Women’s Federation together with NZCFS, who successfully applied for funding from NZ governments new Sustainable Development Fund.

Inclusion of Baoji district in this project delivers a return to an area which was very significant in the Gungho Indusco Cooperative movement of the late 1930s, early 1940s period.

The “International Committee for the Promotion of Chinese Industrial Cooperatives ” website can provide more information.

The ICCIC is open to applications for membership. Anyone interested in joining this worthy cause may e-mail or write for an application form to: [email protected] 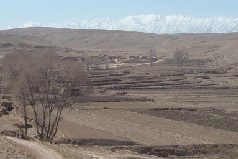 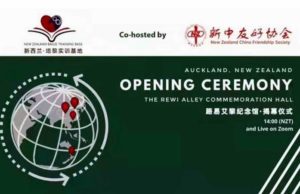 16 September 2021
The New Zealand Bailie Training Base and New Zealand China Friendship Society have joined together to continue the work of Rewi Alley to celebrate and advance the friendship between New Zealand and Chin, and to ensure Rewi Alley is remembered by futu...