Cheryl Paget, Co-ordinator of The Arthur Ransome Society of New Zealand, will give a presentation about the man, his children’s novels, the rumour that he acted as a British Spy during the Russian Revolution and his encounters with Chinese warlords, revolutionaries and Madame Sun Yat Sen in 1927.

There was much more to Arthur Ransome than his Swallows and Amazons novels alone. He wrote more than twenty-five other books, on a wide range of subjects, many related to his own life, experience and interests which were wide ranging, exciting and deeply fascinating.

We will finish the year with our usual cup of tea and Christmas goodies. 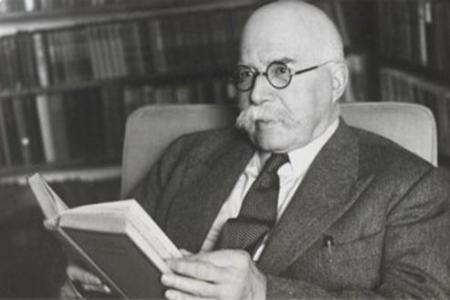 Emeritus Professor Bill Willmott, Canterbury University,  gave an excellent presentation with photos to a large and interested group.  His parents went to Chengdu, China, as Canadian Methodist educational missionaries in 1921, and were among the last to leave in 1952. Their extensive mission established a medical university that remains well regarded throughout China.

Bill was born in Chengdu and remembers  his home as being a haven for sympathizers of the revolution during tumultuous times of unrest and war.  Han Suyin stayed for a while and Rewi Alley visited and students came late at night to listen to the family radio to keep up-dated during the Japanese invasion and bombing and the civil war.

In April this year, Bill attended the Beijing and Chengdu launch of a book with photographs taken by Canadian missionaries in Sichuan, many from his parents. Bill described his parents’ life and work in China and the importance of the book.   Thank you Bill for coming to Hawke’s Bay.

Books on the rise of China and what the future might hold are increasingly common. George Walden is a former British diplomat who served in China during the late 1960’s at the height of the Cultural Revolution, and in this book he provides a unique insight into China’s past, present and future from his direct experience.

He discusses China’s rise and importance, agreeing with those who see the necessity to correct historically Eurocentric views of China, however he disagrees with many who offer rose-tinted, and to his mind unrealistic, views of China. Walden regards the fate of ordinary Chinese as far more important and he critiques those who create their own “ideas” of China while ignoring the reality on the ground.

He begins by describing his experiences at the British Embassy in Beijing during the Cultural Revolution (after studying Chinese in Hong Kong – he was originally a Russian specialist). He recalls the extreme aspects of Chinese culture on display in those times and the excesses Mao’s policies encouraged.

His view into the opaque world of Chinese government and foreign relations is full of interesting insights, including comparisons with Soviet Russia, and he provides useful historical background to support his ideas of where things are headed in the modern era.

He also discusses why western moralising regarding human rights and democracy in China can be useless or even counterproductive. Improvements can be made in both areas he suggests, and influence from outside can be helpful, but democracy as it is practised in the west, is a long term project at best.

He criticises the Chinese government for its reluctance to address the wounds of the past, particularly Mao’s Great Leap Forward which resulted in the famine that killed over 30 million people, and the Cultural Revolution which killed or affected the lives of many millions more.  Mao’s myth, he believes, is too important to the CCP and its power.

Despite its problems he foresees a continuation of CCP rule and policies similar to those at present with change occurring from within. As shown in the succession of Mao by the reformer Deng Xiaoping, significant change is possible in China but rarely from outside. He comments though that China observed Russia’s “glasnost” (openness) in the 1980’s and 1990’s and subsequent disintegration and took some strong lessons from it.

Walden concludes that China will indeed be more influential in the future as its strength grows, and it will certainly do things differently.  At the same time he notes that not all aspects of Chinese culture or politics are desirable and the potential negatives should be considered along with the positives.

A Wolf in the World is available from the Hastings Public Library.

[Matthew Griffiths is a long time member of the New Zealand China Friendship Society. He loves Chinese food, has visited China many times, studied Mandarin, and attempted to learn Tai Chi. He and his Chinese-born wife Deborah have two bi-lingual children and lived in China from 2008 to 2010 and now Matthew can’t stop reading about it.]

GENEVA, Nov. 3 (Xinhua) — Renowned  novelist Han Suyin, with Belgian and Chinese parents, died at her home in Lausanne, Switzerland, at the age of 95, Han’s family told Xinhua on Saturday. Born in central China’s Henan Province on September 12, 1917, and named Chow Kuanghu, Han was daughter of a Chinese railway engineer and his Belgian wife. She studied medicine in Yenching (Yanjing) University and in Brussels in the 1930s and later in London.

She published some 40 books on modern China, including non-fiction, novels set in East Asia and autobiographical works.

Sally Russell will be leading this tour starting in Guangzhou, visiting Fujian and Jiangsu Provinces and leaving from Shanghai. In 2011 she led the NZCFS Prominent Persons’ Tour which included Fujian and has worked in China and visited  many  times. This region is fascinating with many highlights.

Fujian is on the coast and Quanzhou was the port where the great Ming Dynasty fleet under Zhang He sailed from. The city was once the eastern terminus of the Maritime  Silk Road  and home to a large (100,000 by some estimates!) international community, mostly Arabs but also including Persians, Indians and others. The English word “satin” comes from “Zaiton”, the Arabic name for Quanzhou, the port from which that fabric first reached the West.   Marco Polo  sailed home from Quanzhou and described it as the world’s busiest port.