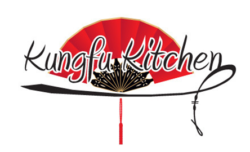 LAST MEETING, 7th September:   We enjoyed watching two excellent DVDs The Lion Dance and Tea Culture. Our Branch has a library of DVDs available at meetings for members to borrow.

The National Day of the People’s Republic of China (国庆节; guóqìng jié) is celebrated every year on October 1 and is a public holiday.

The PRC was founded on October 1, 1949 with a ceremony  at Tiananmen Square. The Central People’s Government passed the Resolution on the National Day of the People’s Republic of China on December 2, 1949 and declared that October 1 is the National Day. This marks the start of one of the two ‘Golden Weeks’ in the PRC, where three days of paid holiday are given, and the surrounding weekends are re-arranged so that workers always have seven continuous days of holiday. The other week is Spring Festival celebrating the Chinese lunar New Year. 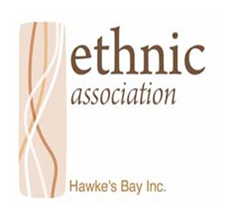 Please join us at our

Tensions rise over  Diaoyu Dao, an Inherent territory of China

The islands in question are called the Senkaku chain by Japan, the Diaoyu islands by China, and the Diaoyutai by Taiwan. All three claim the islands, which are really just five islets and three barren rocks northeast of Taiwan, 200 miles off the Chinese coast.

BEIJING, Sept. 25 (Xinhua) — ‘The Chinese government issued a white paper today asserting  Diaoyu Dao and its affiliated islands are an inseparable part of the Chinese territory, it is China’s inherent territory in all historical, geographical and legal terms, and China enjoys indisputable sovereignty over Diaoyu Dao.

For quite some time, Japan has repeatedly stirred up troubles on the issue of Diaoyu Dao. On Sept. 10, 2012, the Japanese government announced the “purchase” of Diaoyu Dao and its affiliated Nanxiao Dao and Beixiao Dao and the implementation of the so-called “nationalization”. This is a move that grossly violates China’s territorial sovereignty and seriously tramples on historical facts and international jurisprudence, the white paper says.

In the early years of the Ming Dynasty, China placed Diaoyu Dao under its coastal defense to guard against the invasion of Japanese pirates along its southeast coast. The Qing court not only incorporated the Diaoyu Dao Islands into the scope of China’s coastal defense as the Ming court did, but also clearly placed the islands under the jurisdiction of the local government of Taiwan. Chinese, Japanese and other foreign maps of the time show that Diaoyu Dao belonged to China. The white paper says that Japan accelerated its invasion and external expansion after the Meiji Restoration and covertly moved to seize Diaoyu Dao.

On April 17, 1895, the Qing court was defeated in the Sino-Japanese War and forced to sign the  Treaty of Shimonoseki and cede to Japan “the island of Formosa (Taiwan), together with all islands appertaining or belonging to the said island of Formosa” . Japan’s occupation of Diaoyu Dao during the Sino-Japanese War in 1895 is illegal and invalid. After World War II, Diaoyu Dao was returned to China in accordance with such international legal documents as the Cairo Declaration and the Potsdam Proclamation. No matter what unilateral step Japan takes over Diaoyu Dao, it will not change the fact that Diaoyu Dao belongs to China, the white paper says.

Diaoyu Dao was returned to China after the Second World War. However, the United States arbitrarily included Diaoyu Dao under its trusteeship in the 1950s and “returned” the “power of administration” over Diaoyu Dao to Japan in the 1970s, the white paper says.’

I’ve had a longstanding interest in the Diaoyu/Senkaku islands, the subject of a dangerous territorial dispute  between Japan and China. The United States claims to be neutral but in effect is siding with Japan, and we could be drawn in if a war ever arose. Let me be clear that I deplore the violence in the recent anti-Japan protests in China. This is a dispute that both sides should refer to the International Court of Justice, rather than allow to boil over in the streets. That said, when I look at the underlying question of who has the best claim, I’m sympathetic to China’s position. I don’t think it is 100 percent clear, partly because China seemed to acquiesce to Japanese sovereignty between 1945 and 1970, but on balance I find the evidence for Chinese sovereignty quite compelling. The most interesting evidence is emerging from old Japanese government documents and suggests that Japan in effect stole the islands from China in 1895 as booty of war. This article by Han-Yi Shaw, a scholar from Taiwan, explores those documents. – Nicholas Kristof

Images of the Hastings 2012 Blossom Parade