Andy has just joined NZCFS. Here is a brief introduction he sent through:

My name is Andy Boreham, a Kiwi now living and working in Shanghai, China. I’ve been here for about the past six or seven years, firstly as an exchange student studying Mandarin, Chinese during my undergraduate years with Victoria University, and then as a master’s student at Fudan University where I earned a masters in Chinese Language and Culture.

I currently work for Shanghai Daily and our website and app, SHINE.cn, performing a multitude of different tasks, including writing a weekly column, shooting and producing vlogs and short documentaries, and helping Chinese teammates with their writing. Last year I was honored to be the recipient of a Shanghai government media award, together with some other teammates, for our coverage of the city’s Two Sessions political conference.

While in China I also do a bit of work editing and proofreading books as well as movie subtitles and so on.

My undergraduate degree was a triple major in Media Studies, Political Science and Chinese, and I was incredibly grateful to be awarded with a Prime Minister’s Scholarship for Asia which funded my entire master’s degree at Fudan University.

Before that I have done a lot of different work, from launching and running a national lifestyle magazine and website, to working at Parliament with a party leader doing media work, right through to spending five years as a graphic designer. I also graduated from film school.
I look forward to working with the New Zealand-China Friendship Society to do my bit fostering and developing the close relationship between New Zealand and China, with a particular interest in helping Kiwis better understand this huge country and its peoples.
安柏然  Andy Boreham

He is currently doing a research topic on Rewi Alley and his Shanghai days for Shanghai Daily. A transcript of an interview he conducted with Dave Bromwich on this topic is here.

We look forward to good ongoing reports from a New Zealander on the ground in Shanghai. His previous columns and articles for Shanghai Daily can be found here and his vlogs here. 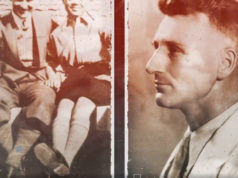 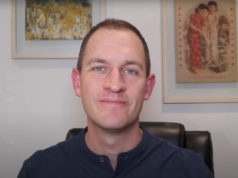 An American’s Observations on China 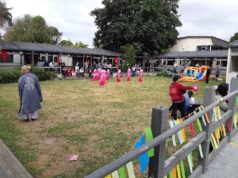