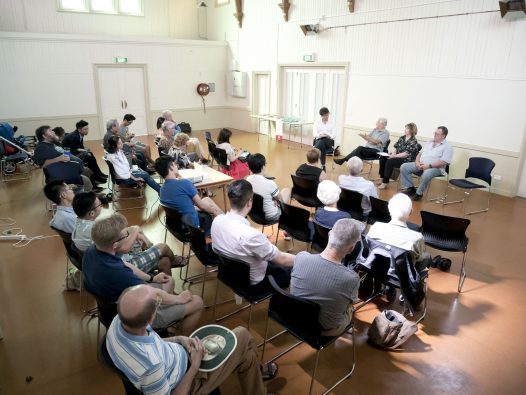 At a special meeting held in Auckland, discussion between  panelists Dave Bromwich (NZCFS National President), Fran O’Sullivan (New Zealand Herald columnist), and Paul Buchanan (Security analyst & former academic) suggested that media needed to exercise more critical and impartial investigation before reporting on allegations made in an academic paper, the credibility of which has been challenged.

The meeting opened with a recording of an interview between George Andrews and Newsroom’s Mark Jennings. He initiated the investigation of National MP Yang Jian, and became aware of Ann-Marie Brady’s paper “Magic Weapons: China’s political influence activities under Xi Jinping.” Mark appeared to accept wholeheartedly the allegations in this paper, and considered aspects worthy of further investigation.

As first speaker, by way of example Dave outlined three key areas in the paper that illustrated a lack of credibility. He looked at the two paragraphs that report on NZCFS and found that all statements were either incorrect or misinterpretations of fact. He challenged the academic credibility of a paper that referred five times to a draft report presented in 1997, cited on the blog site of an American international conspiracy theorist, but not accepted formally. He asked if the allegations of political interference that were made about prominent New Zealanders with connections with China were based on evidence or made by implication.

Fran O’Sullivan considered that the detailed accounts of connection between prominent New Zealanders and Chinese companies and people in power did not prove the allegations  made of interference and  influence. She suggested further investigation of these allegations should be across the board and not targeting the Chinese alone.

Paul Buchanan described the decline of the ‘anglophone’ influence in global politics, and strongly expressed his disdain for Trump in hastening this process. He suggested that in a conflict situation that New Zealand would always align with her traditional allies, and questioned the wisdom of trying to have a foot in two camps.

In summary, Dave congratulated Ms Brady on stimulating the debate, and called for media to conduct critical investigation before putting unchecked material to the public. He considered the negativity presented in her media exposure was in direct conflict to the work NZCFS does to promote understanding and friendship with China, and suggested that after decades of being misrepresented through western media, it was reasonable to expect that China would wish to present her own stories. With the decline of the Anglophonic influence, it is over to us all to be open to a Chinese perspective of issues of concern to New Zealand, and China’s relationship with the world. 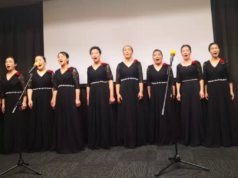