Go is known as Weiqi in China and Baduk in Korea and these two countries are the world leaders.  Come and see  Kim Hyumwoo demonstrate, and learn the basics of the game.

Go is an ancient board game for two players that originated in China more than 2,000 years ago. It is rich in strategy despite relatively simple rules and is played by two players, who alternately place black and white stones on the vacant intersections of a grid of 19×19 lines. The object of the game is to use one’s stones to surround a larger portion of the board than the opponent. Once placed on the board, stones can only be moved if they are captured. When a game concludes, the controlled points (territory) are counted along with captured stones to determine who has more points. By the 3rd Century BC it was already a popular pastime, with a reference to the game in the ‘Analects of Confucius’. 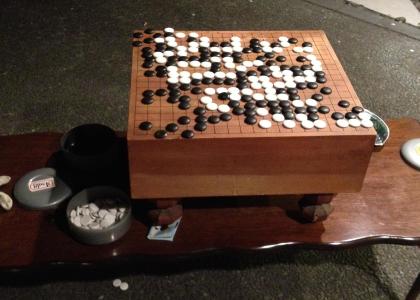