At 7:30pm in the new ETC premises 1st Floor, 140 The Square, Palmerston North

25 Years of Agricultural Development in China

Tim has traveled throughout China since the early 1990’s advising Chinese farmers and agriculturalists on current animal production methods. During this time he has seen many changes which he will illustrate and discuss. Tim and Averill are directors of their own business Prosmart Agriculture, a small NZ/China training company based in Palmerston North. During the past five years their company has arranged for 10 groups totalling more than 163 Chinese to visit NZ for eight or 20 days’ training through a Chinese-funded training programme. They have strong connections with Guizhou and Palmerston North’s sister city, Guiyang which Tim first visited with Alex Chu as part of a United Nations development project back in 1992.

Natalie Bowie gave a fascinating description of her experiences in moving from a rural Wairarapa farming environment to teach in the remote Shandan Bailie School in western Gansu. After graduating from Otago University in 2001 with degrees in Commerce and Design, Natalie worked in New Zealand in a variety of jobs in marketing, commerce and education before accepting the position of English teacher in Shandan. Need-less-to-say, life out west was full of surprises.

The Shandan Bailie School still lacks good teaching resources and the NZ teacher’s apartment was in need of maintenance and repair. Meanwhile large and expensive hotel accommodation was under construction nearby which seemed out of proportion to current local needs. Despite the challenges, Natalie thoroughly enjoyed her time in Shandan and made many friends before moving on to Shanghai to study Chinese language.

Last year the Branch celebrated Chinese Language Week by organising a very successful “Discover China Day” in the Palmerston North City Library in conjunction with the Wellington Confucius Institute. This year we also used the City Library to erect a week long display of 33 signs in Chinese characters and Mandarin pinyin to augment those signs already in place in various sections of the library. Kate Ngai, May Needham and Kee Teo were responsible for doing all the work of translating, printing and organising this display which could hopefully be repeated every year. The Palmerston North Chinese Students and Scholars’ Association has for several years produced a “Moon Festival Show” which has always proven very popular and has now out grown its earlier venues at Massey University. This year the event was moved to the Spiers Centre at Palmerston North Boys’ High which was filled to capacity. A wide variety or performances ranging from children’s through to seniors song and dance items, as well as classical, pop and rock groups were all delivered in a very professional  manner to an enthusiastic audience. The Manawatu Branch joined with other community groups to help sponsor this successful event.

The Manawatu Branch has been successful in applying to the National Executive for RAFE funding to help organise a visit of women from Northwest China who have been involved in operating embroidery and other handicraft cooperatives. It is planned to have the delegates visit five centres (including Palmerston North) over a ten day period in November this year. However, due to difficulties in obtaining visas etc. the exact dates have yet to be finalised.  During their stay, the activities will include delegates giving handicraft demonstrations; meeting Maori handicraft promoters to share experiences and marketing produce; attending markets and craft group meetings; attending banquets  with Chinese consulate and local Chinese community and NZCFS members, and include a possible auction for fund raising for future exchanges or training programmes for disabled people in cooperatives in China. Manawatu Branch members will have a chance to meet the delegates later in November when their itinerary is confirmed. 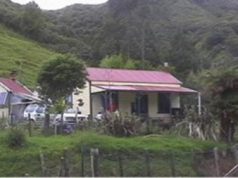 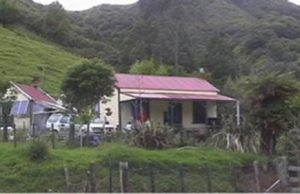