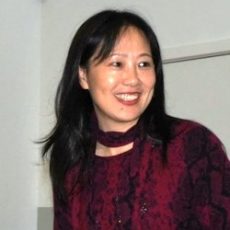 Miao Fan is originally from Wuxi, Hamilton’s sister city in China. After she became a student advisor at the University of Waikato Language Institute in 2002, she was invited by the NZCFS to be on the discussion panel to help host Chinese students and has been actively involved with NZCFS activities ever since.

From 2003 to 2005 she was positioned at the Western Institute of Technology at Taranaki as Chinese student liaison manager. Since 2006 she has been based at the University of Waikato Management School as an International Consultant. Here she enjoys her position immensely and in particular likes the challenge of working with international students.

Miao was elected onto the NZCFS National Executive in 2013 and has contributed regularly at her attendance of NZCFS board meetings in Wellington. She is also currently the President of the Hamilton Branch of NZCFS which also keeps her busy.