Theme: What it means to be a friend of China Well, what a great conference we had; there were about 50 attendees, with all branches represented. Our branch was represented by branch president David Stringer, Vivien Qin, Dave Adamson, Alex Fraser, Simone Pearson and Joe Toner. Every speaker was interesting and every session was well worthwhile. It kicked off on the Friday evening with an overview of the conference by national president Dave Bromwich, followed by a very interesting talk on the apple industry, by Rex Graham, chair of Hawke’s Bay Regional Council, and how it related to Hawke’s Bay and China in particular. Sounds a strange subject I know, but Mayor Sandra Hazlehurst was unavailable at the last moment and he stepped in. His talk was followed by a very enjoyable session of drinks, nibbles and socializing, after which a lot of us went out to a Thai restaurant.

Next morning kicked off with a speech of welcome and overview by National President Dave Bromwich.

This was followed by a recorded video statement from Ambassador Wu Xi, affirming her appreciation of our society, and wishing the conference well. We then had a very interesting talk by our society’s new patron, The Right Honourable Sir David Carter KNZM. He told us of his journey from being a town boy with a major allergy regarding cats, dogs, horses etc through to becoming a farmer for over 40 years, as well of course as a very successful career as a member of parliament for many years. One of the portfolios he held was that of Minister of Agriculture. This involved trips to China, and from that came his interest in that amazing country. His daughter Laura taught English in China for two years, which further increased his interest in China and its people and culture. He has a very friendly and personable manner, and people quickly warmed to him. His pride and passion to do his best as the new patron of our society was very evident. Following this was a delightful performance by the Hawke’s Bay Youth Orchestra. Over the last five or six years the orchestra has been to its sister city of Guilin twice, with one return visit from Guilin Children’s Palace, and our society’s Rewi Alley Friendship and Exchange (RAFE) Fund has been able to help with the funding of those visits. Two of the young people in the orchestra gave us talks on their experiences in Guilin. For young people, activities like this leave a lasting impression which they will have through their lives.

Naisi Chen, Labour list MP for Botany gave a very enthusiastic address on her life from when she arrived in New Zealand at five years of age. She spoke on the importance of the role charities play in New Zealand. She is very involved in the public, private, philanthropy, community and creative sectors, and in particular with people with disabilities. She said China needs YouTube.

Liz Remmerswaal, a previous Hawke’s Bay regional councillor, New Zealand representative of World BEYOND War and recipient of the Sonya Davies Peace Award in 2017 spoke on the futility of war and the need to better understand other people and cultures, and complimented the society on the role it was playing in furthering this aim.

Maio Fan of the Hamilton branch spoke on the project From Aotearoa to Taihang Mountain, in memory of Kathleen Hall. The Kathleen Hall story is well known of course, but a short summary here will help. Kathleen Hall was born in Napier in 1896. She trained as a nurse in Auckland.

In 1935 Kathleen, an Anglican missionary nurse from old St. Sepulchres in Auckland (now the Anglican Maori Mission), went to China and decided to work in Songjiazhuang which is in remote, mountainous, impoverished Quyang County in

Hebei Province, southwest of Beijing.  She had shunned easier posts and chose instead villages where there was barely food for one meal a day and there were no medical supplies. The people came to know her as He Ming Qing.

Her work behind the lines in the Sino-Japanese war was secret and extraordinarily courageous, and like Rewi Alley, her entire focus was on the welfare of the peasants. As he once said, “If Kathleen Hall was a man, she’d be a hero”.

In 1989, Alley’s old friend Tom Newnham went to China to discover who this woman was.  Rewi had asked him to write her story. In Baoding, the closest city, Newnham met Madam Ma Baoru in the municipal foreign affairs office. He asked about He Ming Qing, Kathleen’s Chinese name.  Madam Ma was astonished: why would a foreigner want to know about a Chinese person?  “I accompanied Tom about a week and discovered that this was not a Chinese, this was a very special New Zealand woman who spoke fluently in the local dialect.  In this mountainous area, everyone still remembered her sixty years later. The old people shed tears when they spoke of her.”

Our society has what we call the He Ming Qing scholarship, whereby young women are chosen from the poor villages to be trained as nurses so that they can then return to villages and work with the women; it’s a great project which Kathleen Hall and Rewi Alley would have fully approved of.

The Hamilton branch decided to put together the story of Kathleen Hall. This involved quite a lot of research, including finding old photos and film footage, and the recording of the story. This was put onto a memory stick, complete with a small booklet, and these were launched at the conference. The contents of the memory stick were shown to the attendees. Following the showing of her story, each of the young nurses came on screen and told us of their stories, which were very touching. We will have a showing of this at one of our branch meetings.

We then stopped for lunch, which was followed by the introduction of a new project to highlight New Zealanders who have been active in China over the last 100 years, and have known what it means to be a friend of China. There was a brief introduction to some of these Kiwis, followed by a Zoom connection to Madam Zhang Qian, Executive Vice President of the Beijing People’s Association of Friendship with Foreign Countries (Youxie) to speak on the theme.

This was followed by a discussion on the theme of the conference “What it means to be a friend of China”. It started off with the reading of contributions on the theme from several branches. There was then a panel discussion with introductions from panellists Christine Ward, Nelson; Michael Wang, Hamilton; Kelly Li, Tauranga; and Dave Bromwich, Hawke’s Bay.

Following afternoon tea, the subject was then opened up to the floor of the conference for comment, of which there was plenty. The general feeling was most favoured a focus on people-to-people friendship, while acknowledging the need to find ways to work with the Chinese Government and its agencies in order to accomplish our goals, and that the society is here to offer the hand of friendship to the people of China and the need to continue to educate New Zealanders on the true China. This session was facilitated by society life member and media expert George Andrews of the Auckland branch.

By the time this session finished at about 5:00pm, I think we all felt we had had a very busy and interesting day; excellent speakers, good subject matter.

This gave us about two hours to have a break, freshen up and then come back for the conference banquet, which was held at the same venue. The theme of the food was Chinese and local fusion, fitting with the conference theme. We certainly enjoyed a range of flavours; I don’t think I’ve eaten so much raw fish in my life; delicious! This was a great chance for us to socialize and have a good chat about the day’s activities.

During the meal we had a demonstration in martial arts by a local member.

It was a superb conference; great speakers, great company, stimulating conversation. Considering the Hawke’s Bay branches is small, it was a credit to them.

The Annual General Meeting was held on Sunday morning. This involved the election of officers, voting on rule changes, and presentation of reports.

Following the vote, the following were elected: 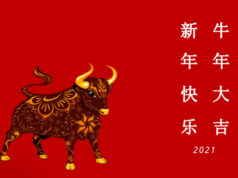 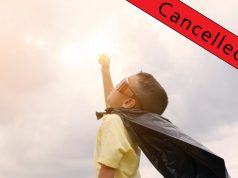