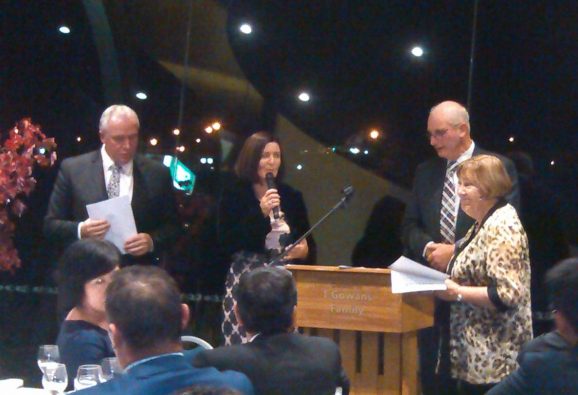 The Sister Cities New Zealand 2016 Conference was recently held in Nelson. Every year, they invite submissions on Sister City projects from around the country and, in conjunction with the Nelson City Council, NZCFS Nelson Branch entered our 2015  RAFE funded project, the Nelson-Huangshi Schools Art Exchange.

Many Nelsonians visited and admired the colourful and beautifully-presented exhibition of artwork  created by students from Huangshi and Nelson in The Refinery ArtSpace during China Week in September last year. Mayoral delegations from the two cities visited on the day the Sister City agreement was re-signed.

The highlight of the conference is the formal Sister Cities NZ Awards Dinner which was held in the Saxton Oval Lounge.  The Mayor of Nelson, Rachel Reese, and project director, Christine Ward, received the Air New Zealand Award for the “Best Youth Education or School Project”. The project aimed to promote awareness and friendship between school children in the sister cities, forming a foundation for future understanding. 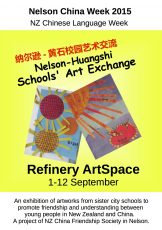 Christine is keen for the award money ($1,500 worth of air travel sponsored by Air New Zealand) to be used in a way that is related to the aims of the Rewi Alley Friendship and Exchange (RAFE) Fund, because it was this fund that provided support for the Art Exchange.

Great news indeed for the NZCFS Nelson Branch and all involved in making the exhibition such a success during Nelson’s China Week and New Zealand Chinese Language Week in 2015. 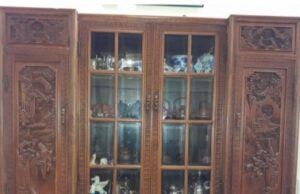 24 June 2022
Our Nelson Branch June newsletter includes details of our next meeting on Friday 1 July. Behind Shanghai's Roller Doors Barbara Markland As most of you know, Roy and Barbara Markland worked in Shanghai for some years and, while Barbara attended ...