The full pdf version of this newsletter is available at:  NZCFSNelsonJune14.pdf 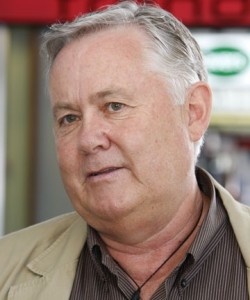 Ever since the sister-city relationship with Huangshi was set up nearly 20 years ago, under the guidance of Philip Woollaston, Huangshi businesses have been interested in forging trade links. It was not until 2010, however, that sister-city business began to develop after Bill Findlater and Dot Kettle visited Huangshi with an NZCFS delegation. 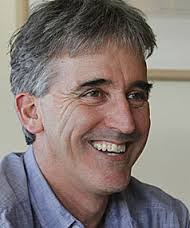 Wider trade links between Nelson/Tasman and China have been on the move for decades, especially in the area of primary products. We could fill the rest of the page by naming the products (from a for apples and art, to w for wine and whey products) exported to China from the province. Now, more than ever, there is a huge potential for development.

Come to hear all about it at “Trade Talks” on June 20, which will involve several speakers. Bill Findlater will update us on recent developments spearheaded by EDA. Tasman Mayor Richard Kempthorne will tell us about his first trip to China and trade implications for the Tasman District.

In our business meeting at 5.30, we will hear impressions of NZCFS Conference and AGM from Nelson delegates. As usual, a meal from Nelson Oriental Restaurant will arrive at 6 pm. Please register for the meal (cost $12). Guests are welcome – please let Barbara know so that we have accurate numbers for catering.

Nelson Branch members are delighted hear that local business management consultant, Jane Furkert, has been appointed as the next New Zealand teacher at Shandan Bailie School. She is widely travelled and has previously taught English in Bulgaria and France. This will be her first time in China. Jane expects to do the whole school year (September to May) in Shandan, teaching English to 14-18 year-olds and learning more about China’s geography, history and culture……

– Jane Acheson joined after attending our New Year Banquet.
– Bev Harvey, who has had many Chinese home stays over the years, currently hosts Yuanyuan (Alicia), Nelson’s Mandarin Language Assistant.
– Returning members Ferry van Mansum and Aukje Both, who have returned to Nelson after some years teaching at University in Zhangye, a little further west than Shandan. We have much appreciated their stories of experiences and impressions in China which they provided for the newsletter.

Nelson branch was well represented at this year’s Conference in Havelock North by Christine Ward, Gail Collingwood and Jeanette Jones. The conference theme was “Voices for Youth” and this was shown well in the choice of speakers.

The event began with a Friday afternoon future’s workshop facilitated by “Ideas Shop”. The facilitator presented results of the 2014 member survey and guided participants in thinking of ways forward for the Society. While survey results had shown a broad support for the aims and activities of NZCFS, they also acknowledged the importance of considering a new approach for the future, in the light of the changes which are taking place in both China and New Zealand. The need to enhance the Society’s national identity, through marketing and media exposure, the appointment of a Media Officer and the need to involve more young people were priorities agreed in the workshop.

His Excellency Wang Lutong spoke of the value to China of the support of the Society and its role in the demanding and formidable tasks ahead. He commended Rewi Alley and others of his time for the value of their contribution to the prosperity of China. His Excellency applauded the involvement of youth and talked of the projected growth in those studying in New Zealand, along with the increase of those speaking Mandarin through the work of the Confucius Institute. He said that friendship societies promote world peace and the NZCFS is a valued friend of China.

The importance of engaging youth was central to the conference. In his report during a Skype link to Beijing, Charles Rowe, the first NZCFS Youth Ambassador in Beijing, reported that the project was progressing well and is a key way to engage young people. He said that the approximately thirty young New Zealanders in Beijing agreed on the need for the establishment of a youth network under the auspices of NZCFS.

Youth engagement was also explored through the vision of members of a youth panel which included Ken Liu, Jack Irvine, Faye Zhang and Tony Tian. These members, each with a very interesting approach, outlined their recommendations for engaging youth. Central to this was the need to take full advantage of opportunities and communication methods used by young people so that the Society can widen its outreach and improve its national identity and reputation.

In launching Mandarin Language Week, Raymond Huo, List MP for Auckland, credited Rewi Alley as a source of inspiration for a process which began with an idea four years ago, and has led to the establishment of the first language week in a western country. He emphasised the need for Chinese residents of New Zealand to live as ordinary New Zealanders, as well as being given the opportunity to fully embrace their culture.

With regard to the different organisations serving the cause of the Chinese, he emphasised the importance of a clear identity for each one and of correctly reporting differences between organisations. That marginalisation of Chinese New Zealanders must be avoided is one of the aims of Mandarin Language Week. The documents launching Mandarin Language Week were signed by His Excellency Wang Lutong, Dave Bromwich, President NZCFS, and Raymond Huo, List MP, Auckland while Ngahiwi Tomoana led a group of participants in a song in Mandarin.

Celebration of art and music

The conference venue was beautifully decorated with the work of four artists. One of these was Jim Lin, an art and design graduate of Tsinghua University, Beijing, who has lived in New Zealand for two years. The work was also shown of oil painter, Deng Bangzhen, who as a child was adopted into the family of Rewi Alley.

Members will be familiar both with the relief sculpture by Lu Bo of Rewi Alley, which stands at his birthplace at Springfield in Canterbury, and others at Shandan Bailie School. Several of her small sculptures were displayed in the conference meeting room. The fourth artist, Dan Zeng, who was born in Tibet, studied painting at Central University of Nationalities, Beijing. He moved to New Zealand in 2000 and is a founder of the Tibet Museum in Auckland.

The first of two excellent musical performances was a welcome by Hastings Girls High School Kapa Haka group. The second, very well-supported event, in the presence of His Excellency, Wang Lutong and Simon Deng, Honorary Patron, took place in the nearby St. Columba Church. The Hawke’s Bay Youth Orchestra performed an ambitious programme and Chen Yi Yao, now Professor of Music at Auckland University, played the gu zheng. Together they ended the programme by performing “The River”, which was composed by Chen Yi Yao especially for the event.

The conference venue allowed for excellent spaces for different activities and the catering and facilities were well-organised. Sally Russell, Hawkes Bay Branch President, and members of her team should be applauded for their efforts to create an interesting and innovative conference which it is hoped will lead to a positive direction for the Society.

At our meeting on Thursday June 5, the following developments were recorded:

1.   Nelson has ben asked to host the 2015 Conference and AGM. We have ratified the request and begun developing the timelines. Dates suggested have been May 16-18 and May 22-24. Lots of help and advice will be needed from our members. An invaluable folder of guidance documentation from Nelson Conference, May 2007, is available and also a set of guidelines from this year’s Hawkes Bay Conference.

2.  The pending departure from Christchurch of Consul General Tan Xiutian and her husband Zhang Jichun (Jason) was notified. Madam Tan and Jason have been to Nelson several times and have shown us great kindness and friendship. We will miss them.

3.   Nelson City Council have offered to support a ‘Youth Ambassador’ from Nelson’s Youth Council to go to China as this September’s Prominent Person. We will be interviewing the applicants next week and will nominate a branch Leader as well.

4 .  A small but energetic sub-committee has been working to prepare for a second school holiday Chinese Culture Camp from June 17th-18th. The Branch Executive approved the plans and offered support. This outreach programme is designed to be self-funding and to encourage young people’s interest in China.

5.   Royden’s financial reports were tabled (he’s in North China) and so was Nelson’s Application for RAFE (Rewi Alley Friendship and Exchange) funding for the Nelson-Huangshi Schools’ Art Project.

6.   The Branch Executive has met with Mayor Reece (6th May) and will have met with Mayor Kempthorne (10th June). We affirmed that NZCFS Nelson relates to the whole province.

8.   Ferry van Mansum was welcomed back to the executive. Gail Collingwood came to report (along with the other two delegates) on her Conference highlights. Jane Furkert, the next New Zealand teacher at Shandan Bailie school, also visited to meet the committee and share the Oriental Restaurant meal following the meeting.

This is an invitation for branch members to help with this exciting event for Nelson children. You may be able to assist the programme in some way, or, even better, encourage your young friends and relatives to register for the event. It is designed as an outreach to families to deepen local interest in, and understanding of, China’s people and culture. There will be advertisements in local papers, from radio stations, and in the holiday ‘Boredom Busters’ paper in every schoolbag soon. ‘Word of mouth’ is still a powerful medium too! Details are in the advertisement below for you to pass on.