The full pdf version of this newsletter is available at: Nelson Branch Newsletter March 2016 Our next speaker is from Hong Kong but who did his secondary school and tertiary study in New Zealand. At the moment he is a Nelson-based businessman and is closely working with EDA, the Nelson Economic Development Agency. Steven is keenly interested in history and the working of past governments in China, the Middle Kingdom, through the ages. The role of power structures will be looked at from the perspective of Taoism, Buddhism and Confucianism. There is an opportunity, but also a responsibility, for the NZCFS to build bridges based on friendship between locals in Nelson and locals in China.

You will hear a personal view of how to improve the understanding of Chinese culture and the long history of China.

Note: This meeting is NOT on the last Friday of March as that is Good Friday.

As usual we will meet at Hearing House, 354 Trafalgar Square.

November Meeting – The Happy Marriage Of TCM And Western Medicine In China:

Alyson Hobbs and Chris Gaul presented a comprehensive and absorbing illustrated report on their participation in the Prominent Persons and Leaders tour in October 2015. The tour this year was reduced in numbers and duration from past events, and had a medical theme. Alyson and Chris had some extra days in Hong Kong and Shanghai to follow some of their own medical interests.

They were fortunate to follow the Kathleen Hall (He Ming Qing) story with visits to Songjiazhuang and the Anguo hospital where some of Kathleen’s systems are still used and where her name and NZCFS connections and sponsorship are so highly honoured. The tourists experienced a range of medical systems, practices, and theories, sharing with us their analysis, excitement, and fascination with their observations. Their first experience of China has obviously been a milestone, which Alyson and Chris summarised with the words ‘humbled, privileged, peacefulness, friendship’. Many thanks to our 2015 PP&L representatives for sharing their excitement and insights.

AGM and New Year Banquet, Sunday February 14, Eastern Cuisine, Richmond: Following local tradition, Nelson’s celebration of Chinese New Year was combined with the Branch AGM at Eastern Cuisine in Richmond. It was a week later than the New Year, due to the intersection, in 2016, with Waitangi Weekend. 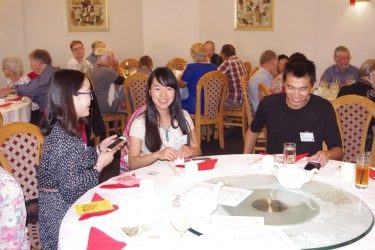 at the banquet were 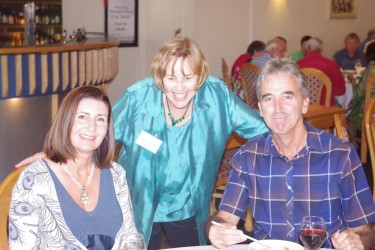 Mayor Rachel Reese, Mayor Richard Kempthorne and wife, and two Confucius Institute Mandarin Language Assistants in Nelson for this year: Emma (Zhang Menjie) and Hayley (Tang Xuting). 60 members and friends and relatives enjoyed a musical interlude from Hayley, on her traditional Chinese pipe (Halusi) and some folk songs from Emma and Mr Li. An array of delicious banquet food followed amid the general revelry.

A multi-draw raffle prepared by Kathy Beatson provided on-going interest, although a few parties got the major part of the luck. Maybe they bought more tickets and deserved it? $180.50 was gathered to swell our He Ming Qing Scholarships fund. 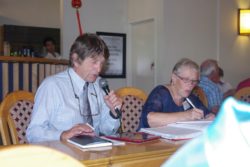 Royden Smith and Sister City Liaison Barbara Markland. The election of Officers for 2016, resulted as below:

Retiring committee members, Gail Collingwood, Marilyn Gibbs, and June Wild, were thanked for their committee work, especially for the Nelson Conference period when June Wild acted as Treasurer. Isabelle Jones offered a vote of thanks to Christine Ward for her service as President since 2010.

Notice was given of the National AGM and Conference: Tauranga, May 27-29, and the next Branch meeting on March 11 (earlier than usual because of Easter).

2016 Subscriptions: It was confirmed at the AGM that our subscriptions will remain unchanged and these are now due. Payment can be made either by cheque or cash at our next meeting, by a cheque in the mail, or via internet banking. Details are on the subscription form (page 5). Please make sure you let us know if any of your details have changed by completing the subscription form, so that we can keep our records up to date.

Newsletter Changes: For 13 years Royden Smith has produced Nelson’s NZCFS Newsletter which has been recognised throughout the country as a great example of its type. Over time it has been published in a range of formats which have utilised technological developments. Royden has the hard-copy archive of every issue. These include contributions from many people here and worldwide of course, but also show the depth of Royden’s knowledge about NZCFS, the breadth of his commitment to communicating this, and his range of personal friendships with important people in both countries. He sees these friendships as the precious basis of NZCFS.

Royden is handing on the responsibility so that he can be free to travel more often. In his usual modest way, he did not publish his name as editor, but everybody knew of course and he has received many plaudits from around the country. Nelson Branch is entitled to be enormously grateful for Royden’s splendid contributions to NZCFS communications. His replacement is Bruce Ward, who expects he will have to call on Royden’s knowledge and experience for some time to come.

Sister Cities: The national Sister Cities conference will be in Nelson in the last week of April (28 – 30).

New Zealand currently has around 150 sister city relationships with 17 countries around the world. Part of the role of Sister Cities NZ is to help facilitate these important links, provide support to organisations & individuals working in this area and to share best-practice. There will be a focus on developing youth links in the Saturday conference presentations.

Some of our members will be registered attendees because of their involvement; Barbara Markland who is our NZCFS representative on the Nelson City Council Sister Cities committee, Christine Ward who is delivering a presentation on the Art Exchange she organised last year, and Ferry van Mansum, as president, for the assistance we are giving during the conference.

The programme for Friday (April 29) includes a brief visit to the Huangshi Chinese Garden, and we are expected to host this. We intend to have our leaflets available and to dress the garden up with banners and lanterns.

Each year we get funding from Nelson City to assist our contacts with Huangshi; this money goes into our Sister City account and is used for activities such as entertaining and hosting visitors, and sometimes providing subsidy for visits to Huangshi.

Race Unity Day: Sunday, March 20, Victory Square, 11a.m. – 4p.m. For the fifth year, Nelson NZCFS will have a tent at Race Unity Day, the annual fair which celebrates ethnic and cultural diversity in Nelson/Tasman. Many of the local ethnic groups will have food stalls or be providing entertainments.

NZCFS will have a stall at which people will be able to taste and compare various Chinese teas. Some extra helpers may be needed for attending the tent for serving and dealing with inquiries. Please give your name to President Ferry if you can do an hour or two on the day. And please arrange for a fine day! 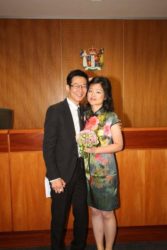 Members Past And Present:

A wedding: Super (Zhang Langchao) has served on the Nelson Branch Committee when she was NMIT student, and was later manager of the Nelson Oriental Restaurant. Ethan (Xu Xueying) was her college sweetheart, and they married in China in 2014. On Friday 19th February 2016, after Ethan finally got a visa, they had a NZ wedding in the Nelson Courthouse. Present to witness the happy occasion were Christine and Bruce Ward, along with Super’s homestay hosts, and staff and students from NMIT, where Super works now.

Gina, the 2015 Mandarin Language Assistant from the Confucius Institute, returned to China just before Christmas, the morning after we farewelled her with a Christmas Barbeque at Tahuna Beach.

She has written that she enjoyed her winter holiday with her family. The next two or three months will be a busy time for her, preparing for the teaching qualification exam, her final essay and looking for a job. She’s looking forward to it as an interesting and new experience. She sends her greetings to all her friends in Nelson, and says that the New Zealand China Friendship Society is the topic she talks about most when her friends ask her to share her experiences in New Zealand.

Honorary members: Those who go from Nelson on the PP&L tours are offered honorary membership, so this applies to Alyson Hobbs and Chris Gaul for this year. We also offer honorary membership to Mandarin Language Assistants teaching in Nelson, such as Emma and Hayley. This also applies to Appo Hocton NMIT Scholars from Hubei Polytechnic University in Huangshi, (HBPU) although there is no scholar here this year yet. 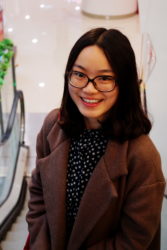 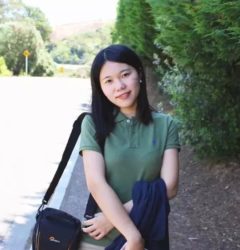 Sucy, one of our first Appo Hocton NMIT Scholars, graduated in 2014. She now works in Auckland and was recently promoted to Assistant Manager in a retail company. She asks for her best wishes to be passed on to her friends in Nelson. She hopes to visit soon.

Mandarin Language Assistants: Emma, in Nelson since July 2015, and Haley who arrived in January have settled happily into their Term 1, 2016 jobs in 7 schools, with Nelson Chinese Association groups of younger children, and night classes at NMIT. They are working with hundreds of children each week, and there are more lined up for Term 2. These classes are free to interested schools through a contract between the Education Ministry and the Confucius Institute. 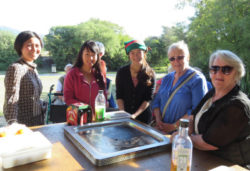 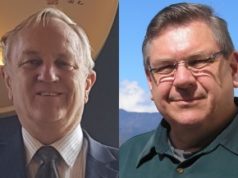 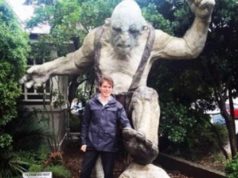 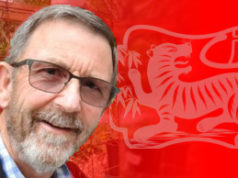