Wednesday 16 September 2020 at 6:30pm
Chris Lipscombe
Speaking on his recent trip to Chengdu 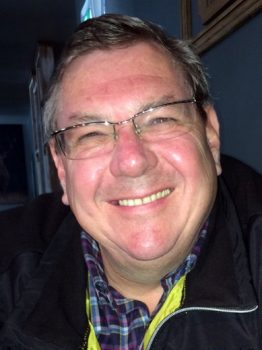 ——————————–
Over the past four decades Chris has built successful careers in graphic design, book publishing, marketing, IT, and local government across New Zealand, Australia, United States, UK, Singapore, and Dubai.

Chris is currently President of the Wellington branch of NZ China Friendship Society, President of the NZ China Cross-border Electronic Commerce Foundation, Deputy Chair of Porirua e-Learning Trust, and on the board of The Printing Museum.

Despite the topsy turvy events of the past year, New Zealand and China are continuing to plan how they will work together on China’s Belt and Road Initiative. Announced in 2013 by Chinese President Xi Jinping, the BRI promotes closer ties between countries through development led trade growth. The initiative have also been described as the new Silk Road, especially those projects that connect China with Europe, via Central Asia, South Asia, and the Middle East.

Critical to BRI’s success is boosting transportation and logistics infrastructure in the western provinces of China. In November last year, Chris Lipscombe travelled to Chengdu, Sichuan province, to deliver a keynote address at a Conference for Dialogues and Cooperation of the Belt and Road. Over the four days Chris was in Chengdu, he also took the opportunity to explore the city, visiting a central city music and performance space managed by Chinese New Zealander Kristen Ng, and exploring the outdoor museum dedicated to Tang dynasty poet Du Fu.

Come and hear Chris talk about his impressions of Chengdu at our members’ meeting on Wednesday 16 September.

Note change of venue and time for our branch meetings.

The dates booked for monthly meetings this year are Wednesdays 21 October and 18 November 2020.