Society members Charles Rowe and Jessica Rowe recently represented NZCFS at the celebrations of the 60th anniversary of the Chinese People’s Association for Friendship with Foreign Countries (CPAFFC), aka Youxie,  held over three days (May 14-16, 2014) in Beijing.  Delegates travelled from around the world to attend the event, which included a special exhibition detailing the history of CPAFFC (held at the organization’s current headquarters in Wangfujing, the former residence of Rewi Alley), a tour of the Beijing Planning Exhibition Hall, a special conference at the Great Hall of the People (in Tiananmen Square) attended by President Xi Jinping, as well as a special visit to China Central Television to witness the production of a television programme honouring the ‘foreign friends of China’ and celebrating CPAFFC’s many achievements to date.

President Xi Jinping in his address in the Great Hall of the People remarked that, Friendship Association played an irreplaceable role in promoting friendship between nations.  Friendship between peoples is a strength to promote world peace and development, as well as a precondition to realise win-win cooperation. He called on the Association to innovate and explore broader people-to-people exchanges, including the building of sister cities and cooperative ties at local level.

Jessica, who previously worked for TVNZ, is currently working with China Central Television as an editor, and is simultaneously working towards a Master in Diplomacy from the London School of Oriental and African Studies (SOAS). Charles also lives in Beijing, where he is currently working towards a Master of Law in International Relations at Peking University. The two youth leaders are encouraging a serious discussion amongst young New Zealanders living in Beijing about the prospect of establishing a new youth network under the NZCFS banner, with the objective of enhancing New Zealand-China friendship and encouraging more New Zealand youth to consider futures involving China.

The two youth leaders first crossed paths by way of the Asia New Zealand Foundation when Jessica was part of a delegation which visited the New Zealand Centre (where Charles currently serves as Liaison Officer) as part of a foundation tour of China in 2013.  Charles and Jessica have each been involved in the Asia New Zealand Leaders’ Network for a number of years, and both share a keen interest in strengthening New Zealand-China friendship.

“Sharing the same family name did naturally lead to some confusion amongst the other foreign delegates.  “But our hosts were not too phased at all – they had been arranging schedules for several sets of Zhangs, Chens and Kims, so having two Rowes on the scene didn’t cause as much trouble as might have been expected!

“The schedule of events provided a high level of access to CPAFFC staff and volunteers, which provided a valuable opportunity for both sides to get to know each other better:

“This was by no means our first meeting – I first met with CPAFFC staff whilst attending my RAFE youth internship with NZCFS in 2013, and Jessica had also met with them on several occasions before through Asia New Zealand Foundation and her work. I feel that we are very familiar with each other now, and that’s really a valuable and important thing to have going into the future.

“The evenings also proved constructive, with CPAFFC helping delegates from Australia, New Zealand, and Canada to get to know each other from the very beginning. This proved helpful, given the countries’ similarities in experiences.

“We had a lot of attention from Commonwealth countries because it seemed pretty radical having delegates our age, but that’s a good thing.

“We didn’t just come to learn about the past of New Zealand-China friendship, we wanted to talk about the future just as much, if not more.  I think that left a really good impression – bringing youth into the fold is obviously on these other countries’ minds, and since packing up we’ve had lots of messages of encouragement and calls for collaboration where possible, so this is a really positive outcome.” 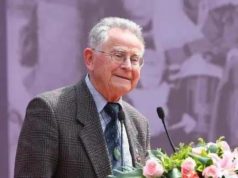