The Wellington Branch of the New Zealand China Friendship Society (NZCFS) proudly hosted the National Conference and Annual General Meeting on Friday 24 May to Sunday 26 May 2019. The theme of the Conference was 敢问路在何方 (Gǎn wèn lù zài héfāng): Dare to ask where to from here!

The conference began on Friday evening with two performances from the Oriental Dance Academy, followed by speeches from Dave Bromwich and Luke Qin, Wellington Chinese Association President. Both spoke on growing and maintaining the relationship between New Zealand and China, and the important role locally based organisations have in building the people to people connections. Following the welcoming, the Branch hosted a banquet dinner at Dragons Restaurant on Tory Street.

On Saturday the Wellington Branch welcomed over 50 NZCFS delegates and guests from across the country to hear keynote speakers and presentations on the theme: Dare to ask where to from here! Guests were greeted by performances from the Oriental Cultural and Performing Arts Group to begin the conference. Her Excellency Ms Wu Xi opened the conference and spoke on the importance of the relationship between New Zealand and China, and the role of the NZCFS has in building the connection. The link to the Ambassador’s speech can be found at the end of the article.

The Branch was fortunate to host a delegation from the Chinese People’s Association for Friendship with Foreign Countries (CPAFFC) in Beijing, led by Vice-President Mr Xie Yuan, who also gave a keynote address. In addition, the Branch welcomed Mr Ray Wallace, Hutt City Council Mayor and Mr Mike Tana, Porirua City Mayor, who echoed the importance of people-to-people relations, and building awareness and understanding of China and wider diversity within our communities. Each keynote address highlighted the importance of the goals and aims of the NZCFS.

Throughout the day, the audience heard a range of speakers, including Tony Browne, Chair of VUW Confucius Institute, followed by four Mandarin Language Assistants as well as Celia Wade-Brown, Hiromi Morris, President of Sister Cities New Zealand, and a range of presentations focused on New Zealand and China. The Wellington Branch thanks all the speakers and a list of all presentations can be found below. Following the presentations, the Conference Celebration Banquet was hosted at Grand Century on Tory Street, which was attended by over 50 delegates, members and friends.

On Sunday 26 May, the Annual General Meeting of the Society was held, which included the election of the National President and National Executive Officers for 2019-2020. Reports on the activities of the Society and Branches over the past year were tabled at the meeting.

A number of attendees have expressed appreciation of the high calibre of speakers and topics for the conference, and we thank all those who could attend. The Branch especially thanks all those on the Committee and within the Wellington Branch who gave a great deal of time and effort to make this conference a success, both on the day and building up to the event.

On behalf of the Wellington Branch, thank you to those who contributed to the Conference and the attendees. 敢问路在何方: Dare to ask where to from here!

Additional information on the Conference: https://nzchinasociety.org.nz/nzcfs-2019-national-conference-registration/

A selection of photos from the NZCFS Conference and Annual General Meeting Wellington, May 2019: 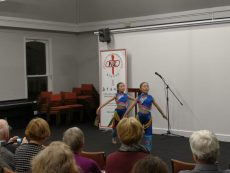 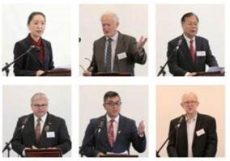