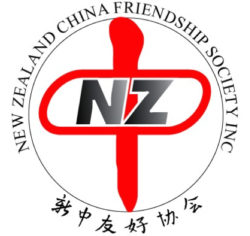 This is just a quick overview of some of the recent past, current and proposed activities of the Society.

I would like first to acknowledge the loss of four of our members in the past several weeks.

Isobel Thompson and Cecil Fowler from Auckland Branch both made very significant and long serving contributions to NZCFS.  Also from Auckland Branch, Ramai Hayward was part of the film crew of Rudall and Ramai Hayward that produced the 1958 film ’Inside Red China’. (With the aid of Simon Deng Li funding, it has now been digitised.)  Dave Feickert from Whanganui, was well known for his contribution to mine safety in China, for which he received a Chinese Friendship Award.

The next teacher, Jane Furkert, from Nelson branch, will take a one-year position, replacing Natalie Bowie, in August, 2014.

A third round of the Rafe fund has been completed, with five projects approved for full or almost-full funding.  They are diverse in nature and spread well across branches. They are, briefly:

The next round of the Simon Deng Li Fund will be notified on September 1, 2014, and all interested applicants will be invited to submit their concept plans by October 4.

It is very nice to see that Sheila Liu, 17 year old Tauranga Branch committee member, is corresponding with the two current HMQ scholars in Nanchang. This complements the contact they already have with Christchurch’s HMQ committee member Jian Chen.

A new initiative is being negotiated with Ma Baoru for a project in association with Anguo Hospital, Hebei Province. This hospital was founded by Kathleen Hall, and she became the head nurse.

Ma Baoru has recently come back to us with a very exciting proposal. This is an opportunity to extend the scope of the scholarship in a new way: into work in the community which is very much in keeping with Kathleen’s legacy. Ma Baoru comments that “The project will honour Kathleen’s name by using the (scholarship) money to do some meaningful things”. The applicant will not receive financial payment from the scholarship – the money will be used to implement the following:

1. Organising a competition for nurses at the hospital, “Learning about He Ming Qing’s service to the people”. (This presumably will be in the form of a written essay). Monetary prizes will be awarded from the scholarship money as prizes.

2.  Some of the funds to be used for nurses to go to the countryside to deliver medical care and medicine. (Monitoring will be required to see how this will be carried out).

3. Organise three trips for nurses to ‘follow the route of Kathleen”. It will be funded in conjunction with the hospital.

The applicant, Mr Lu Xin Gang has been recommended by Ma Baoru. He has been a leader of practical nursing care for over 40 years in the hospital and in Ma Baoru’s words “a humble and honest man”.  He views the scholarship ‘to honour Kathleen by learning and carrying on and developing Kathleen’s spirit”

It is very pleasing to tell you that Hamilton branch at a recent fund-raising dinner for the He Mingqing Scholarship, raised $1120.00 dollars.  Well done all!

A group of ten will go to Guiyang and Guizhou Province at Youxie’s invitation from August 31 to September 5.  The Friendship Forum to be held on September 1 has a theme of Green Life Evergreen Friendship. This will be followed by several days of travel in Guizhou. Two of our delegates are 18 year old youth leaders from Nelson. I am pleased to say that at least one of them will be able to deliver a speech on this theme.

The delegation will then spend several days in Shanghai, where we will attend an unveiling of a statue of Rewi Alley. Again, it is pleasing to say that we have a 22 year old great nephew of Rewi Alley in the delegation.

Unfortunately,  the China Arts Tour has been cancelled, due to low numbers, with a possibility to promote again next year.  A full tour programme is already in planning for 2015:

More details are available at https://nzchinasociety.org.nz/news/tours-to-china/ and updates will be posted as these tours develop.

Eric Livingstone has started the task of reviewing the constitution, with the view to simplifying and clarifying all the updates that have been accumulating through remits over the years. Branches will receive copies of the draft of section one soon for their inputs.

The members’ survey attracted a very positive response of over 30% of all members. Results were then workshopped on the Friday before AGM with 38 delegates present. This has now been developed into an Action Plan that represents the priorities as determined through this process. The Action Plan will now return to Branches to consider how they may wish to participate. This is not a replacement of confirmed goals nor a blue print for how we should act, but a flexible document that will undergo review regularly.

Nelson Branch has started planning for AGM 2015, with probable dates of May 22-24. There are already some early indications that the theme will continue the work done on the members’ survey and Action Plan, with a possible conference title of “Goals into Action”.  More from Christine Ward later on how the Conference may deliver this.

We have seen a steady blossoming of NZCFS Youth in recent months, with great developments in several branches. As the early development of youth activity grows in some of the branches, there is good opportunity for others to pick up this theme. There is now a NZCFS Youth website, go to the link-button (top-right) on the NZCFS website home page, or directly to http://www.nzcfsyouth.org/.  Facebook activity is also very much on the increase.

Some of the recent posts on the Society website: