In 2005-6 and 2007-8 there were two projects that enhanced the level of cooperatives in Shandan County, and by the end of this period, 31 cooperatives were established. This has also helped to establish Shandan County as a model county of effective cooperatives. A follow up project in 2008-10 called Extension of Cooperatives in Zhangye District, 2008-10,  extended model cooperatives to a further 4 counties of Zhangye district.

NZCFS and Shaanxi Women’s Federation started an earlier project in Baoji district for primary women’s health care education. This project, “Rural Women’s Health and Family Civilisation, Shaanxi Province”, began in September 2010, and finished in March 2012. It worked in 7 townships in two counties, with the aim to improve health awareness in 100,000 households. 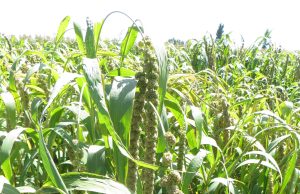 23 September 2014
Shandan is on the move when it comes to starting up new co-operatives and rejuvenating old ones!  Black millet is a new product (at least to Shandan - we can buy it in NZ!) now identified as a very nutritious health food and one of the co-ops vis...