Being Chinese: A New Zealander’s Story 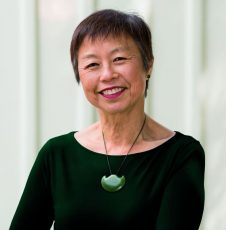 This is the story of a quest I began three decades ago – the search for my Chinese identity. The path I travelled was not linear, and the years brought pain as well as joy. But, while this is a narrative about being Chinese, it is also about being a New Zealander.

Writer, actor, director and film critic Helene Wong was born in New Zealand in 1949, to parents whose families had emigrated from China one or two generations earlier. Preferring invisibility, she grew up a young New Zealander. But in 1980 she travelled to her father’s home village in southern China and came face-to-face with her ancestral past.

Drawing on her evocative memoir, “Being Chinese: A New Zealander’s Story”, Helene speaks about her journey to discover her Chinese ancestry – and about New Zealand’s growing cultural diversity.

This is the talk that Helene was originally going to give for last November’s meeting, which was cancelled due to the earthquake. Helene has let us know that although she won’t be bringing any copies of her memoir with her, she will be happy to sign any belonging to our members. Also, members will be able to take part in a lucky draw for a signed copy. 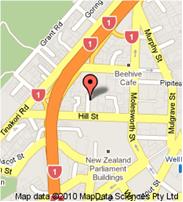 An optional Chinese buffet meal, supplied by the Nudel Restaurant, will follow the meeting at 7pm. Orders for the $12 meal (please pay at the door) will be taken up till 6pm. If you think you may be arriving late, please let the Secretary know in advance.

CHANGE TO DATE OF MAY MEETING
As highlighted above, the date of our May meeting is now Friday 26 May. Time and venue as usual.

NEW MEMBERS
NZCFS extends a warm welcome to Hugo Kan, Michelle McCarthy, Michael O’Neill, Diana Tam and Hong Yuan. We hope to see you all at our future meetings.

SUBSCRIPTION RENEWAL REMINDER
Please remember that 2017 membership subscriptions renewals are now due. Please renew if you have not already done so – download form here.

NZCFS WELLINGTON BRANCH 2017 ANNUAL GENERAL MEETING
The AGM was opened just after 5:45 pm, by the outgoing Wellington Branch President, Michael Powles. After proposing and obtaining the acceptance of the minutes from the 2016 AGM, Michael then moved to the President’s Report for the past year.

President’s Report
As this was his last report, Michael started by expressing his gratitude to the members, singling out Christine Strickland, Luke Qin and Kirk McDowall (who is currently studying in China). He then touched on the relationship between the society and the Chinese embassy, emphasising that the current and future relationship had to be based on mutual respect: the society had to make sure that the embassy was given the respect it was due as the representative of the People’s Republic of China in New Zealand, but at the same time, the embassy had to understand that the society was an independent NZ body, and as such, could on occasion have a different viewpoint from that of the embassy or its parent government.

Michael then spoke about his desire to get increasing numbers of young people into the society, and how the conditions the society operates in New Zealand today were very different from those when it was founded. He mentioned how the Hon. Philip Burdon (society patron) had also recently said that the society’s role had changed. In Michael’s opinion, the role of the society should now be on people and cultural links, leaving trade links to the organisations that were now pursuing them.

Finally, Michael concluded his report by thanking the members for their support during his period of office. The attendees showed their appreciation with a round of applause.

Financial Report
The branch financial report for 2016 was presented by Luke Qin. The overall conclusion was that the branch’s finances are in a healthy state, which led to Michael Powles suggesting that we should look at increasing activities. Luke pointed out that the branch will make a donation to the Chinese Scholars’ studio project after it is completed by Victoria University, and that we would be supporting tours to China in 2017 and 2018.

Appointment of Auditor
Peter Bemrose was re-appointed as the Financial Reviewer for the branch.

General Business
There were two items of general business: a brief review of whether or not to continue supplying meals at the end of the branch meetings, and a report on the progress of the Chinese Garden of Beneficence.

Meals
Luke Qin briefed the members on the current situation with the meals, which is that we have to look for a new supplier, and this may lead to an increase in costs from the current $12 a head. He asked for a show of hands on who was taking the meal tonight, based on this, it was decided to continue supplying the meals for the moment.

Robert Lau then updated the members on the progress with the Garden of Beneficence. The intention is to have a site in Frank Kitts Park, creating the garden as part of the general refurbishment of the park. 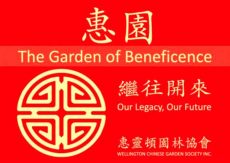 The Wellington Chinese Garden Society is tasked to raise $1,000,000 from the community towards the total cost of the garden project. The fundraising campaign will be launched in April.

For a brochure and donation/pledge information on the Garden project please view here.

Conclusion
The AGM finished with a final comment from the floor on Michael Powles’ contribution to the branch, and the branch’s appreciation of his efforts.
Text by Gerard Coyle. Pictures supplied by Luke Qin and Hong Yuan.

After the AGM, the meeting was shown a demonstration of Sand Painting by Sheryl Ma (马亚琼Ma Yaqiong). Sand painting is the art of pouring sand on the surface to create the fantastic effect of light and shadow. It is a form of performance art that tells a story through drawing a series of images with sand.

Sheryl showed us how she could create a stream of images using only sand on the surface of a light box. Accompanied by music, the display started with showing a single drop of water, which became a pool, populated with fishes. With a few adjustments, the pool became a landscape with a hill in the background, which then became a bridge. These transformations continued throughout the display, finally concluding with a view of the Great Wall of China.

At the end of her performance, Sheryl answered a few questions from the audience (e.g. how long had she trained?), and gave some members the opportunity to try some sand painting themselves.

All in all, it was a fascinating performance and much appreciated by the audience.
Text by Gerard Coyle. Pictures supplied by Luke Qin and Hong Yuan.

In 2014, Kirk McDowall, a member of the NZCFS Wellington Branch, travelled to Guangzhou and Shanghai to volunteer for six months. At the time his Mandarin was limited, but he decided that he wanted to continue to learn the language, and liked the idea of working and living in China.

Upon returning to New Zealand, Kirk started taking part time Mandarin classes and joined the NZCFS. Over the years his Mandarin did improve, but it was slow, as his use of the language was limited. After working in New Zealand, he decided he wanted a change of lifestyle, and to move overseas.

In February 2017, Kirk moved to Xiamen, located on Southeast coast of China (Xiamen is also a sister city of Wellington). He applied to do a language course for one year at Hua Qiao University, with the goal of finding work in China afterwards. During his time in China, Kirk is writing a blog about his experiences and insights in the country, of learning Mandarin, life on campus, and the rewards and challenges of living in China.

You can stay up to date with Kirk at adventuresinchina23.wordpress.com.

As mentioned in our March newsletter, we now have the names of the successful applicants. They are Jenny Chu, Elena Trout, Warren Hill, Bill Newns, Jonathan Dudman, Vijay Patel, Ben Ryder, Daniel Scott and Tom Wollerman. NZCFS wishes to congratulate all the applicants and wish them a safe, happy and productive trip.

SYMPOSIUM – TRUMP, CHINA AND THE REGION: WHERE TO FROM HERE?

On Thursday 4th May, the Centre for Strategic Studies and the New Zealand Contemporary China Research Centre are hosting a one-day symposium at Victoria University Wellington. For more details and registration, see here.

This year, our conference will be held in Christchurch, May 19 to 21. The theme is
REWI ALLEY “The Spirit Continues” as we celebrate three milestones: 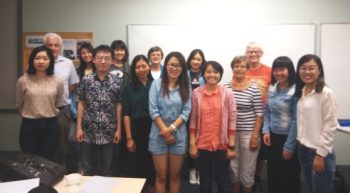 Mandarin Corner was established in 1995 by NZCFS as a weekly event where students learning Chinese can meet with native speakers for conversation and cultural activities in a friendly, relaxed setting. It is now run in partnership with the Confucius Institute at VUW with the help of the Mandarin Language Assistants.

Open to all levels, beginner to advanced, and attendance is free. Saturdays 3.15-5pm (except during school holidays), Room 103, 24 Kelburn Parade, Victoria University of Wellington. For more information contact Xueqing Cheng at [email protected]

The full pdf version of this newsletter is available at: Wellington Branch April 2017 Newsletter