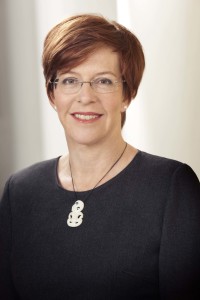 Celia Wade-Brown grew up in London, spent a year working abroad in West Africa, began a career in IT programming, consultancy and teaching and then fell in love with Wellington, arriving 1983. A Southern Ward Councillor from 1994, Celia was elected Mayor in 2010 on a platform of community engagement, clean technology development and good transport policies.

Her vision for Wellington focuses on making the most of all our resources: great infrastructure, beautiful natural environment, compact city centre and suburban villages, and our inclusive and creative population – making sure Wellington stays a great place to live, work and visit.

Wellington has two sister city relationships in China – with Beijing and Xiamen. We are hoping Celia will tell us about her recent visits to China and her impressions of that country from personal, cultural, business and political viewpoints.

Fish the moon from the bottom of the sea. (A hopeless illusion)

The results of the NZCFS National Raffle drawn on October 1 are:

MEETING DATES FOR 2013 Our expected meeting dates for 2013 are as follows: The Story of the Duncan Family in China in the 1940s

Dr Andrew Butcher, guest speaker at the October meeting, amazed and entertained us with a very personal story about his grandparents, Frank and Marjorie Duncan, two New Zealand missionaries in China. Frank and Marjorie joined the China Inland Mission as individuals and sailed separately from New Zealand in 1940. They married in Lahore, where Marjorie was working, in 1942, and subsequently lived together in China. This was at a time when the Japanese military was flexing its muscles and invading China. Dr Butcher described the devastation and hardship of both his grandparents and the people of China. Children were starving and little could be done. In 1945 Marjorie, who was 7 months pregnant, Frank and their child Shona escaped to Xian and were ultimately evacuated, as part of an evacuation of all foreigners by the US Air Force, to India. Their journey back to NZ was torturous and long, finally arriving in Wellington from Australia on the Wahine in 1946.

Marjorie and Frank returned to China in 1949, now with two young children. They were inevitably caught up in the Nationalist-Communist war. Deprivation, chaos and difficulties resulted in ill health for all the family and they were driven to apply to the China Inland Mission for leave in 1950. They left in 1951. Their story is one of hardship, deprivation, ill health and extreme danger, while all the time trying to help others in the same extreme circumstances. On returning to New Zealand they settled in Gore where they remained into their old age and wrote an unpublished memoir in 1988. Dr Butcher has used this memoir to write a chapter on their story in a soon-to-be published book.

Located in the southeast of Qiqihar, Heilongjiang Province, Zhalong Nature Reserve is a state-level nature reserve dedicated mainly to rare water bird species like the crane as well as wetland ecosystem. It was included in the List of Wetlands of International Importance in 1992. The total area of the reserve is 2,100 sq. kilometres. Zhalong has long been called “the home of the crane”. There are 15 crane species in the world, eight of them are in China and there are six species in the Zhalong area alone: red-crowned cranes, white-crowned cranes, hooded cranes, demoiselle cranes, white cranes and common cranes. There are only some 1,000 rare cranes worldwide, over 700 of which are in Zhalong. Every spring and summer, red-crowned cranes lay and hatch their eggs in Zhalong, living a family life. Zhalong is also a wetland nature reserve, composed of a large area of permanent freshwater marshes formed by the overflowing of the water from the Wuyu’er River. The area is made up of lots of small shallow lakes and vast marshy grasslands. The reserve is characterized by abundant species and primitive landscapes. In addition to over 150 bird species, there are 46 fish species, 277 insect species and 21 beast species. (from cultutal-china.com, 10/2012, edited.)

SONS OF THE SOIL AUTHORS TALK 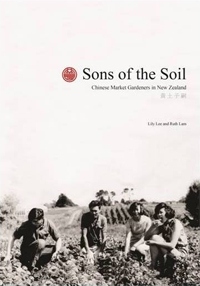 You are invited to Sons of the Soil authors’ talk on Friday 9th November 2012 at 12pm at Museum of Wellington City & Sea.

Chinese market gardeners once produced 80% of the country’s vegetables and worked onerous hours in all manner of weather to make a living for themselves and their families.

This moving and inspiring account of the people that bring us our green vegetables every day is supplemented by material from archives, libraries and museums. The book is lavishly illustrated with photographs generously contributed by growers and their families.

Although Sons of the Soil is essential reading for Chinese New Zealanders, especially the thousands of descendants of early Chinese settlers, it will also be of interest to all New Zealanders as an integral part of our nation’s history.

Join Lily Lee and Ruth Lam, authors of the book Sons of the Soil, Chinese Market Gardeners in New Zealand, as they trace the beginnings of 140 years of Chinese involvement producing the nation’s vegetables, and recount the Wellington stories that document a way of life that is fast disappearing.

Entry is free and no bookings are required. www.museumswellington.org.nz

The Confucius Institute at VUW will organise its next HSK tests in December 2012. These tests are essential tools to determine the student’s Chinese proficiency level and useful qualifications for further language study in China and universities worldwide. Free ‘Business Chinese Tests’ are offered to HSK test takers in December.

When? Registration: 5 November, Tests: 2 December. Where? Confucius Institute at VUW. VUW students Caleb Hoyle, Kristen Ng and Asher Stadlin-Robbie have been awarded scholarships to study in China in 2013. Caleb and Kristen successfully applied for the NZ-China scholarship, offered by the Chinese Ministry of Education and open to all New Zealand citizens in their last year of tertiary study or for those who have completed a full course of tertiary study within the five years prior to applying. Asher won a Confucius Institute scholarship offered by the Confucius Headquarters which is open to all non-Chinese citizens between 16 and 35 who can demonstrate a certain level of Chinese proficiency and interest in Chinese language. 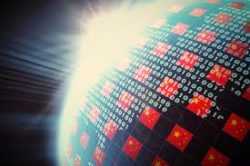 In addition to having the world’s biggest Internet user base (513 million people), China also has the world’s most active environment for social media. More than 300 million people use it, from blogs to social-networking sites to microblogs and other online communities. That’s roughly equivalent to the combined population of France, Germany, Italy, Spain, and the United Kingdom. In addition, China’s online users spend more than 40 percent of their time online on social media. This appetite for all things social has spawned a dizzying array of companies, many with tools more advanced than those in the West: for example, Chinese users were able to embed multimedia content in social media more than 18 months before Twitter users could do so. Social media began in China in 1994 with online forums and communities and migrated to instant messaging in 1999. User review sites emerged around 2003. Blogging took off in 2004, followed a year later by social-networking sites with chatting capabilities. Sina Weibo launched in 2009, offering microblogging with multimedia. This explosive growth shows few signs of abating, a trend that’s at least partially attributable to the fact that it’s harder for the government to censor social media than other information channels. China’s social-media users not only are more active than those of any other country but also, in more than 80 percent of all cases, have multiple social-media accounts, primarily with local players (compared with just 39 percent in Japan). The use of mobile technologies to access social media is also increasingly popular in China. Finally, because many Chinese are somewhat sceptical of formal institutions and authority, users disproportionately value the advice of opinion leaders in social networks. (from McKinsey, 4/2012, edited.) 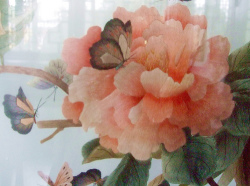 Embroidery is a traditional Chinese craft which consists of pulling coloured threads through a background material with embroidery needles to stitch coloured patterns that have been previously designed on the ground. The adoption of different needling methods resulted in different embroidery styles and technique schools. Chinese embroidery had already reached a high level early in the Qin（BC221-BC206）and Han (BC202-AD220）dynasties, and silk and embroidery were the main products transported along the ancient Chinese Silk Road.

The items embroidered are quite diverse and include robes, theatrical costumes, purses, shoes, spectacle cases, banners, alter cloths and many other pieces. Some of the pieces were so finely stitched that the pieces took 5-6 people several years to complete, which made them very expensive. Practised all over the country, China’s most famous works of embroidery come from Suzhou (abbr. Su), Hunan, Sichuan and Guangdong.

Su embroidery has a history of over 2000 years, and is the most renowned technique school. It was produced on a large scale during the Song Dynasty (AD960-AD1279). Su embroidery is known for its delicacy and elegance. The design is usually very simple, highlighting a main theme. Its stitching is smooth, dense, thin, neat, even, delicate and harmonious. The thin thread is divided into up to 48 strands that are barely visible to the naked eye. Double-sided embroidery has the same pattern on both sides and uses the same embroidering method that does not show the joins in the stitches. (from Fortune Cookie News: www.f-c-n.com)