The three Wellington-nominated delegates on the recent Medical Prominent Persons Tour to China, hosted by the Chinese People’s Association for Friendship with Foreign Countries, will speak to us about their experiences. They are:

Ann Chapman, with over 20 years’ experience in governance roles in the health sector in the greater Wellington region.

Debbie Chin, Chief Executive of the Capital and Coast Region Health Board.

Please remember that 2015 membership subscriptions renewals are now due.  Please renew if you have not already done so – download form here. 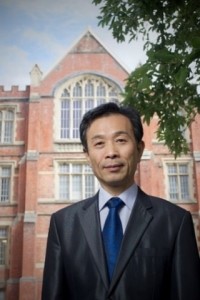 On Wednesday 21 October 2015, the New Zealand China Friendship Society Wellington Branch hosted its monthly meeting in Connolly Hall. Michael Powles, President of the Wellington Branch, welcomed our guest speaker, Professor Bo Zhiyue, to give a presentation on the New Zealand Contemporary China Research Centre (NZCCRC). Professor Bo is a leading authority on Chinese elite politics in the world and is the Director of the New Zealand Contemporary China Research Centre and Professor of Political Science at Victoria University of Wellington. He has published more than 130 book chapters and articles and is the author of a trilogy on China’s elite politics, including Chinese Provincial Leaders: Economic Performance and Political Mobility since 1949 (2002), China’s Elite Politics: Political Transition and Power Balancing (2007), and China’s Elite Politics: Governance and Democratization (2010).

Professor Bo began his presentation by telling the audience about himself. When he was young he went to the countryside to live during the Cultural Revolution. However, after a few years he was able to apply to attend university, and he was selected for Peking University in Beijing. He spent ten years at Peking University, going through undergradutate and then posgraduate study, and then spent time teaching there. His study was focused on International Relations and he spent a significant time learning English, which included translation work. Professor Bo then studied Political Science at the University of Chicago, and spent twenty years living in the United States. In 2011, he moved to New Zealand to work in the NZCCRC.

The NZCCRC has four specific goals. The first goal is to become a think tank on China policies for the Government of the New Zealand and those of other countries. This would involve provide policy advice to Government related issues, and have strong connections with China, as well as the New Zealand Government, including agencies such as the Ministry for Foreign Affairs, Ministry for Business, Innovation and Employment, Ministry for Primary Industries and Treasury. The second goal is to become a management consultancy for the business community in New Zealand and elsewhere. From 1995, Professor Bo has provided consultant services to businesses around the world, including in Singapore and the United Kingdom. 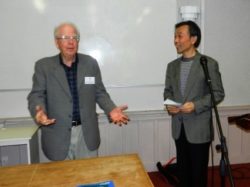 The third goal is to become a global leader in research on contemporary China among tertiary institutions. Professor Bo has published more than 130 book chapters and articles with a strong focus on foreign policy, and the focus on the studies conducted by the NZCCRC help the Centre achieve this goal. The fourth goal is to provide the public with up-to-date information on a changing China. This includes conducting public lectures at universities around New Zealand on ‘what’s going on in China’. This included a recent lecture on China’s Development and Its Implications by Madame Fu Ying, the Chairperson of the Foreign Affairs Committee of the National People’s Congress of China. In addition, the recently Centre hosted the China-US Relations in Global Perspective, an international conference with world-class scholars from China, the United States, New Zealand, Australia, and other countries to discuss issues related to the bilateral relationship. The Centre aims to continue to host international conferences that involve a global perspective in the future. For more information on the NZCCRC, please visit http://www.victoria.ac.nz/chinaresearchcentre/.

Following Professor Bo’s presentation, the audience had a number of questions. This included questions on the Cultural Revolution and the impact this had and its influence, on leadership and China going forward. We thank Professor Bo Zhiyue again for his contribution and spending time with our members. The dinner served after the meeting was a Chinese buffet supplied by the Fujiyama Café. We look forward to seeing you all at the next branch meeting.

Our newsletter team takes a break over Christmas, and the next newsletter will be the January/February 2016 issue which will be published mid-January, providing more details of our Chinese New Year Banquet.  Chinese New Year falls on Monday 8 February and 2016 will be the Year of the Monkey.  The Committee wishes all members a Merry Christmas and a Prosperous New Year.

The NZCFS Wellington Branch and AIESEC, the world’s largest student run organisation that sends university students on internships and exchanges around the world, has completed the call for applicants who wished to go on a 6+ week AIESEC exchange to China. The NZCFS can supply funding to support the exchange through the Simon Deng Li Fund. Over the Christmas period, approximately ten students were selected to go on an exchange from around New Zealand. The NZCFS and AIESEC are currently working closely with those selected to choose appropriate internship for the students. Internships can focus on areas of information technology, marketing, health, environment, education, culture and business. For more information, please contact Kirk at kirk.mcdowall@gmail.com. 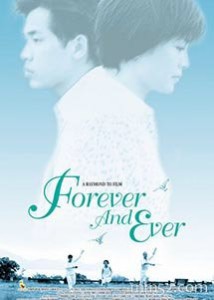 Venue: Committee Room One, Wellington City Council, 101 Wakefield Street. Gold coin donation. With support from Confucius Institute, VUW.
(Please note that you need to press the buzz to the left of the Wakefield Street entrance, asking the security to let you in if no one is at the entrance. Txt 0210306853 if you cannot get in.)

Title: 地久天长 Forever and Ever (93 minutes)  See Video Trailer
Director: 杜国威 Raymond To
Cast: 张艾嘉Sylvia Chang, 何超仪Josie Ho, 李沛诚Chris Lee
Based on a true story. Though born with the potentially deadly disease of hemophilia, Siu Fu is determined to make his name as a writer. He faces the challenges of his life with the loving support of his mother (Sylvia Chang). Just as his career gathers momentum, Siu Fu learns that he has contracted HIV from a contaminated blood transfusion. With his days now numbered, Siu Fu must come to terms with his own fate, and in so doing, find inspiration for his greatest work. 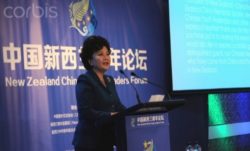 The first “China – New Zealand Youth Forum” was held in Auckland on 3 October 2015. This was the first time in history New Zealand and China agreed on youth and youth development as the theme of the Youth Forum. The forum was organised by the China Overseas Exchange Association, the New Zealand Ministry of Youth Development and New Zealand Chinese Youth Federation jointly, and received support from the Overseas Chinese Affairs Office of the State Council PRC, the Chinese Embassy in New Zealand, Chinese Consulate General in Auckland, New Friendship Association and the New Zealand China Friendship Society. Youth NZCFS members from Auckland, Tauranga, Wellington and Christchurch attended the forum. 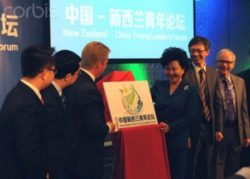 The afternoon focused on youth leadership, with presentations from youth leaders. Topics included business, entrepreneurship, cultural exchange and the environment. Following the forum, there was a Chinese cultural performance at Sky City, featuring youth acts from China. 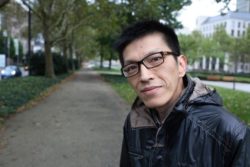 Xiao Bai will spend two months in New Zealand working on his own writing projects, meeting the local literary community and getting a taste of life here. More information can be found at: http://booknotes-unbound.org.nz/shanghai-author-takes-up-rewi-alley-fellowship/

On Tuesday 10 November at 5.30 pm, Barbara Francis, Wellington researcher and retired teacher, will be giving a presentation on Agnes Moncrieff and China, 1930-1945. Agnes (Nessie) Moncrieff worked as International Secretary with the YWCA in China from 1930 to 1945, describing her experiences and achievements in weekly letters to friends and family and in monthly reports to the YWCA in New Zealand.  Barbara became a close friend in Nessie’s later years, and now she has transcribed and edited Nessie’s correspondence – deposited in the Turnbull Library – for publication in 1916.

Barbara spoke to Wellington branch in April 2010 on this topic and members may be interested in her update.  The presentation will be held at Tiakiwai Conference Centre, Lower Ground, National Library, Aitken Street entrance.

Mandarin Corner (Wellington), established in 1995 by NZCFS, is a weekly event where students learning Chinese meet with native speakers of Chinese for conversation and cultural activities in a friendly, relaxed setting. Mandarin Corner is currently run by a core team of Mandarin Language Assistants. Mandarin corner does not run during school holidays. For more information contact Zhang at zhang.zhang@vuw.ac.nz.

The Society offers a further educational tour in the “Explore China” series. The tour will visit the two SW provinces of Sichuan and Yunnan for an in-depth experience of this area. Starting and ending in the two provincial capitals Chengdu and Kunming, the traveller will experience aspects of the social and physical geography this area has to offer.

Kunming: With a total of 26 minorities in Yunnan, the Ethnic Minorities Museum is a must see.

The landscape: From the plains of Sichuan, the travel will take us south and west across the grasslands and mountainfolds – high passes and deep river systems – to the NW corner of Yunnan before heading south. We will cross the upper reaches of the Yangtze, and Lancang (later the Mekong). Views of mountain ranges over 6000 metres above sea level (masl) will depend on the weather, but the timing is hopefully for clear early autumn views.

The people: In the remote areas, the predominant minority people will be Tibetan and Lisu people. We will stay in small communities where they are in the majority.

This is a diverse tour that will take us through a range of experiences, with some real back-block travel and small communities. A reasonable level of fitness is needed to accommodate the travel, going over 4000 masl on occasions.  Fully escorted, 3 to 4 – star, twin–share accommodation.  All inclusive price $7650 (estimated, subject to currency exchange), includes domestic flights in NZ, all meals, etc, (excludes Chinese visa and insurances).