The changing face of Chinese tourism to New Zealand 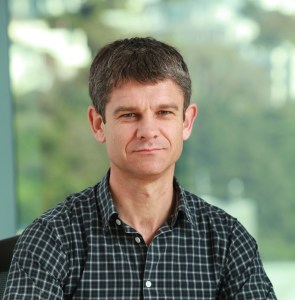 Chris began his career as a broadcast journalist before working at Parliament – including three years with the Minister of Tourism – which was followed by management roles in the energy sector before joining Tourism New Zealand.

22 October         From Confucius to the Internet, VUW Continuing Education 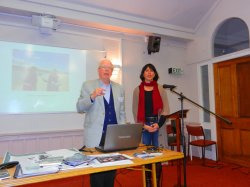 Recording people telling their life story in their own environment was the theme of an enlightening presentation by Lynda Chanwai-Earle at our September meeting. Lynda’s vibrant personality and passion for her work instantly captured the attention and interest of the forty-plus attendees.

Lynda introduced her presentation by acknowledging the presence of her mother at the meeting and sharing some family history. When Lynda discovered that her great grandfather and family were poll tax payers, she was inspired to write Ka Shue (Letters Home). The play portrays the domestic life of three generations. Set between 1939 and 1989, it touches on political events and cultural aspects of life in China and New Zealand during this period in history.

Lynda showed a large range of images that displayed the diversity of her radio documentary career. This sparked fresh interest by NZCFS members in tuning into Radio New Zealand, National to listen to Asian Report.

Lynda concluded her presentation by focussing on her most recent play, Man in a Suitcase, that tells the story of people who ‘live out of suitcases or die in them’. This play voices the refugee resettlement experience and also has important messages for young people and their parents about travelling to another country to study or experience life in a different culture. Being away from the wisdom and security of family life, and choosing new friends can present unfortunate outcomes. Man in a Suitcase reflects on the tragic kidnapping and murder of a Chinese English language student in Auckland on the day before Good Friday 2006.

We thank Lynda for sharing highlights and interesting aspects of your life-story. Your presentation gave us insight into your successful career and the love you have for your work encouraging others to tell their story through the medium of radio and other media.

Asian Report is broadcast on Tuesdays at 3:30 pm and repeated at 5:45 am on Saturday morning.

A good group of 4 tables enjoyed the China National Day Dinner at the Grand Century on 22nd September. 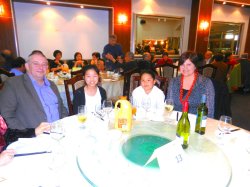 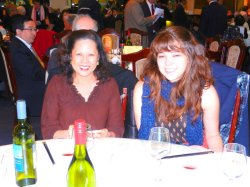 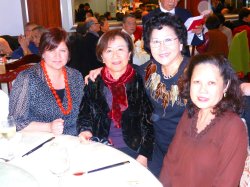 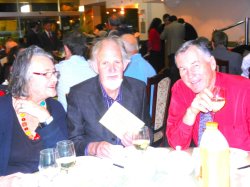 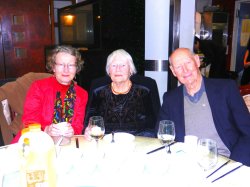 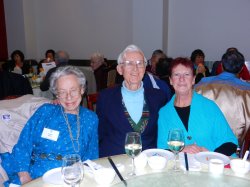 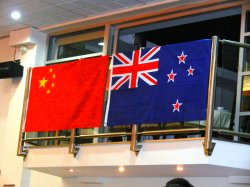 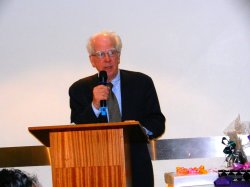 At the conclusion of his three-year term Ambassador Xu Jianguo is leaving New Zealand this month. We thank Ambassador Xu for his strong support of the Society and wish him and Mme Ni Li the very best for their future.

Our treasurer has reported that an anonymous bank deposit of $25 was made in August. We assume this was a subscription renewal, or perhaps a new membership payment. If you made such a deposit please contact our Treasurer, or any Committee member.

The last meeting for 2013 will be on Wednesday 20 November. 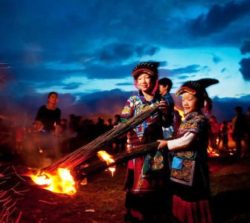 Wellington members Liang & Irene Shih and Karim Dickie were part of the delegation that visited Chuxiong at the end of July and experienced the Annual Torch Festival, the landscape and culinary delights of the Yi Minority Group there.

The visit came about as a result of an earlier invitation from NZCFS, care of Simon Deng Li, our honorary patron, who suggested that a delegation from Chuxiong be allowed to visit here last April. The Chinese delegation enjoyed the visit so much that, at short notice, they extended a reciprocal invitation to Chuxiong for 10 members of the Society to make the return trip. A full report is on our website at: 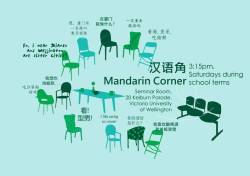 Mandarin Corner is held 3.15pm – 4.30pm on Saturdays during school terms at the Seminar Room, 20 Kelburn Parade, Victoria University of Wellington. The Confucius Institute has available a team of Mandarin Language Assistants and other resources which will greatly benefit Mandarin Corner. NZCFS Wellington and NZ Chinese Language Association Wellington are partners.

Members who attended Mandarin Corner in the past will continue to receive notices from CIVUW. For more information please contact Jingyuan Kong [email protected], phone 04 463 9549. 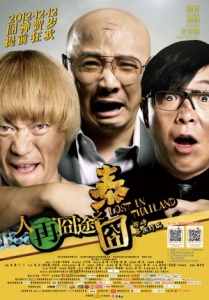 As the first movie of actor-turned-director Xu Zheng, the low-budget road movie was a blockbuster hit when it was shown in cinemas early 2013. It charts the adventures of two bumbling Chinese businessmen and a tourist in Thailand. Following their wild road trip, these three men find inner peace in the Chiang Mai city.

With Support from Confucius Institute, Victoria University of Wellington. www.victoria.ac.nz/ci/

It is with sadness that we note the passing of Nanette Kwok on 17 September, aged 79. Nanette and her husband Frank Kwok have been long term members and attend branch meetings regularly. Our deepest sympathy to Frank and the family.

Nelson Branch, with the assistance of the Simon Deng Fund, has reprinted Nelson Provincial Museum’s publication of the story of Appo Hocton – Wong Ah Poo Hoc Ting by Karen Stade, and distributed it nationwide. Wellington branch has received a complimentary copy of this book.

Appo Hocton, arrived in Nelson in 1842, within months of its settlement …… read more on our webpage nzchinasociety.org.nz/14631/appo-hocton-new-zealands-first-chinese-immigrant/ The books are available for purchase by Wellington branch members for $12 each. 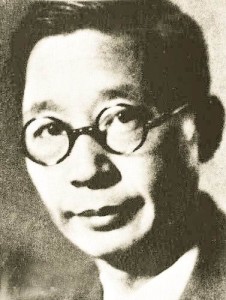 Cat Country, a controversial novel by the great twentieth century Chinese novelist and dramatist Lao She, has just been republished. The New York Review of Books describes the book as one of the most remarkable, perplexing, and prophetic novels of modern China. It was also one of the first Chinese novels in the science fiction genre. First published in the1930s, it tells the story of a Chinese man crash-landing on Mars. He is captured by a group of Cat People and they take him to Cat City. What follows can be seen as a direct commentary on China of the thirties. For example, the narrator shows the disorderly state of the museums and libraries, which have been pillaged by corrupt officials. A pessimistic view of young people is portrayed in the novel in which students dissect their teachers alive. The ruling ideology is ‘Everybody Shareskyism’ and one of its deities is Uncle Karl, ‘Long live Uncle Karlskyism’. Cat Country was a blast of anger and revulsion at all sectors of society, not just the government or landlords but also students and revolutionaries.

It was very poignant that Lao She’s death came about as a result of beating and torture from Red Guards during the Cultural Revolution. He then walked to the Lake of Peace in old Beijing and was found dead there the following day. After Mao’s death the novel Cat Country was finally republished in China. A play based on the novel has been performing to enthusiastic audiences this year in China. (From China: When the cats rule by Ian Johnson {NYR blog} The New York Review of Books www.nybooks.co/blog/ 2013/aug/26/china-when-cats-rule/) Victoria University of Wellington’s Continuing Education is pleased to offer the lecture series Speaking out in China: From Confucius to the Internet – a 4 week course starting Tuesday 22 October 6:00pm-8:00pm. See: cce.victoria.ac.nz/courses/137-speaking-out-in-china-from-confucius-to-the-internet