“Haining Street – with both eyes open” 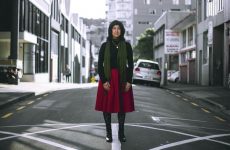 “Haining Street – with both eyes open” looks at the place that was once Wellington’s ‘Chinatown’. Lynette Shum will talk about the results of her research, seeking to uncover the ‘reality’ of a life lived in and around Tongyan Gai, as Chinese themselves called it. This contrasts with the exoticised and sensationalised images promoted by the print media and gossip of those years. These competing narratives have a continuing relevance to an understanding of how both Chinese and other New Zealanders see themselves and the Other. The talk will be illustrated by vintage photos and excerpts from interviews.
NZCFS member Lynette is a third-generation Chinese New Zealander. She spent the first year of her life in her grandmother’s laundry on the edge of Chinatown. But within one generation, the existence of this Chinatown was forgotten, so it was a revelation to her researching Haining Street. Her research became a MA thesis which she hopes to one day turn into a book. She is the Oral History Adviser at the Alexander Turnbull Library, National Library of New Zealand.

An optional Chinese buffet meal, supplied by KC Café, will follow the meeting at 7pm. Please email the Secretary in advance or book on Eventbrite before 17 October, if you wish to join us for the $13 meal. Payment for the meal can be made in advance to our ANZ bank account 11-7200-0080836-11 (please use your name as the reference) or cash at the door.

MEETING REPORT: JADE CARVING IN NEW ZEALAND, 20 SEPTEMBER 2017The September meeting promised to be a showpiece of artistic skill and cultural significance. It did not disappoint.

Sharon Painter-Arps gave us an overview of New Zealand jade carving, focusing on key carvers in both New Zealand and China. She also shared her experiences of the Zi Gang Bei jade carving festival in Suzhou, China. The festival showcases a mind-blowing number of intricate pieces from some of the best carvers in China, and invites entry and visitation by foreign carvers from New Zealand and Canada among numerous other countries.

Ms Painter-Arps began by identifying the unique Māori connection with jade in New Zealand, and the importance of jade (pounamu) to cultural identity. Jade is culturally revered in both Māori and Chinese culture, largely due to the inherent spiritual connection between the stone and people. With regards to pounamu, carving has become an increasingly mainstream art form since the Maori renaissance in the latter half of the twentieth century. As Māori art gained expression and revival, so too did Maori jade carving designs. This inevitably led to next generation of classic Māori forms including reinvention of the Koru, and the classic Hei-Tiki design.

With this in mind, Ms Painter-Arps described how the iconic fish hook and koru designs originally started as very simplistic forms, due to the limited carving tools and technology available at the time. However, the limitations imposed by the nature of the carving tools available serve only to render early carvings more spectacular in their execution of shape and design. In the modern age, the introduction of diamond-tipped tools and a general expansion of the carver’s toolbox has opened the door for increasingly intricate designs, notably the incredible work showcased by Ms Paint-Arps’ “Unwearable Art” collection and the contemporary Hei-Tiki designs of her colleague Lewis Gardiner. Exceptional examples of skill are also apparent in the function of jade carving, as seen by the carving of a Koauau (Māori flute) from pounamu. This instrument looks at face value to be simplistic and almost utilitarian, yet the skill required to carve the inside of the stone into a resonant form, complete with the finger-holes necessary for a range of musical notes is significant given the unforgiving nature of the stone; Sharon described the number of times where an intricate part of the stone had broken during carving and the only remedy was to redesign the entire piece to factor in the breakage. It seems an understatement then where Ms Painter-Arps describes the process of jade carving as a ‘working relationship’ between artist and material!

Sharon finished her presentation with an enthralling description of the wondrous Zi Gang Bei festival and incredible pieces it showcased, pieces truly carved by angels.

Be sure to check out the multitude of exciting (and free!) events that will be taking place throughout this year’s New Zealand Chinese Language Week.
The National Library is hosting several free events:
Tai Chi Chuan Demonstration: Monday 16 October, 12:15 to 12:45pm
Talk: Reading Chinese: Wednesday 18 October, 12:10pm
Talk: Chinese language and cultural competency: Friday 20 October, 12:10 to 1pm.
For a full list of Wellington events, click here.

YOUNG AND DARING: THE WELLY EDIT 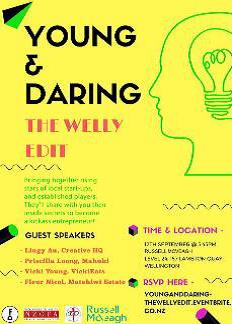 Few buzzwords generate as much excitement as ‘start-up’. There was definitely excitement and energy in the air as young professionals and creative enthusiasts gathered in Wellington for Young and Daring: The Welly Edit. There was appetite to learn about start-ups among our networks, yet for many they remained a mystery. How could we share the stories of successful local businesses? The answer: a start-up panel.

We had five speakers from diverse backgrounds: rising stars in the local start-up scene, experts from incubators, and more established businesses. Our speakers pondered over the future of start-ups, discussed their successes and challenges, fielded questions from the audience, and shared trips and tricks. Memorably, we heard both “Don’t quit your day job!” and “Do quit your day job!”

Vicki Young took the plunge to leave work and study to start her own cake-making business: Vicki Eats. She explained how her passion for baking started from a young age, and grew from a hobby to a business.
Rupert Gillies balances a day job as Associate in the Employment team at Kensington Swan with being the founder of Spooked Kooks, which creates boards for new surfers. For Rupert, design is key.
Priscilla Loong spoke on her experiences as Activation Manager at Mahuki (Innovation Hub of Te Papa) and co-founder of The Misprint Co, a social enterprise start-up focused on repurposing paper waste into notebooks and stationery.
Fleur Nicol, Sales Marketing Manager at Matahiwi Estate Winery, shared her perspectives on the importance of a strong brand identity and exporting to China.
Lingy Au, Innovation Consultant at Creative HQ, led the discussions as facilitator and MC for the night. Sebastien Voerman was our roving photographer. 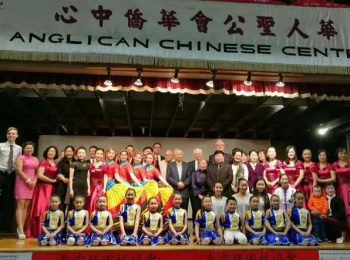 The Oriental Cultural and Performing Arts Group organised an evening of music, dance and cultural performances at the Anglican Chinese Church on September 9 to raise funds for the Wellington Chinese Garden. Among the performers were City Jazz, OrientXpress Jazz Band, Caii Michelle and artists from the Wellington Chinese communities. 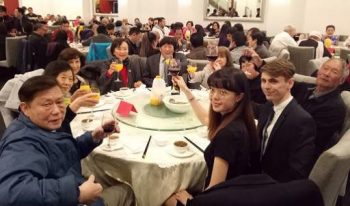 On Friday, 22 September, the Wellington Chinese community celebrated the 68th anniversary of the founding of the People’s Republic of China with a dinner held at the Grand Century, in Wellington Central. 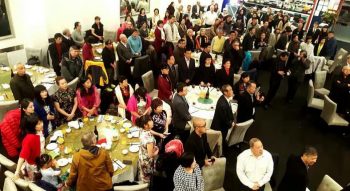 Members of Wellington’s various Chinese communities were out in full force for the occasion, packing the venue to the rafters. The NZCFS was well-represented, with strong turnout from the committee, the membership, and Future Dragonz.

The night featured an address from embassy representatives, musical performances, and a lion dance performed by the Poon Fah Association.

The Internationalisation of the RMB: heralded as a key element of China’s financial liberalisation and one with significant implications for New Zealand’s trade, capital flows and financial transactions with China, now has questions about how far and how fast the policy is being implemented. What does this mean for New Zealand business and for the conduct of global trade? On the eve of China’s crucial Party Congress what does this reveal about the direction of China’s economic reform as Xi Jinping heads into his second term as China’s Leader?

These issues will be examined at the New Zealand Contemporary China Research Centre’s 2017 annual Conference on Contemporary China, to be held in Auckland on 25 October. The NZCCRC is bringing an outstanding line-up of commercial and central bankers, economic commentators, financial analysts and scholars from China, Hong Kong, Australia and New Zealand to Auckland to discuss where China is heading on this topic of importance internationally and for New Zealand business.

This conference will be of interest to those in the banking and financial sector, companies trading with China, investment professionals, economists, those with an interest in China’s political and economic rise, and national and local government policy makers. Register here.