A Story from Dave Bromwich in China

Our First He Ming Qing Scholar

Kathleen Hall was a New Zealand missionary nurse in China who worked in poor rural areas under extremely difficult conditions, and trained local nurses to work alongside her. She was also swept up in the war against Japan. Time and time again she smuggled medical supplies through the Japanese lines to Dr. Norman Bethune, the Canadian surgeon who was in charge of medical services for the Chinese 8th Route Army. In the 1930s she was appointed Sister-in-Charge in Anguo Hospital in Hebei Province.

Hall was a man, she’d be a hero”.  She was a small modest woman, very determined and intrepid. The people called her He Ming Qing. The He Ming Qing (Kathleen Hall) Memorial Scholarship was established by our society in 2006, in her honour, in recognition of the work she did. The scholarship provides three year scholarships for young Chinese women from poor rural areas, enabling them to complete nursing training at a medical training college, in order to return to their villages and work for improved health standards.

This programme was the brainchild of long-serving society member Di Madgin of our Christchurch branch, who was instrumental in setting it up and administered it for many years. To achieve it, she and Dave Bromwich worked with the Chinese Women’s Federation, which has a presence in all schools. The programme met with the old Confucian idea that if you can have a scholar from a poor family, it raises the whole family’s kudos.

The first recipient, in 2006, was Wei Yunjie.  She was from Chuangshang village, of Jinchengjiang city, NW Guangxi. She studied at Guangxi Medical University with the support of a HMQ scholarship. Her father died of liver disease, and her mother was very unwell; a very poor family.

We have had no contact with Wei Yunjie for eight years, the last being when Bill Willmott and Di Madgin met her in Yangshuo with a tour group, some years ago.

At last year’s national conference, Miao Fan, president of the Hamilton branch, was elected chair of the He Ming Qing committee. She is working on bringing all our HMQ scholars together into a Wechat group, so that we can have updates on a regular basis. 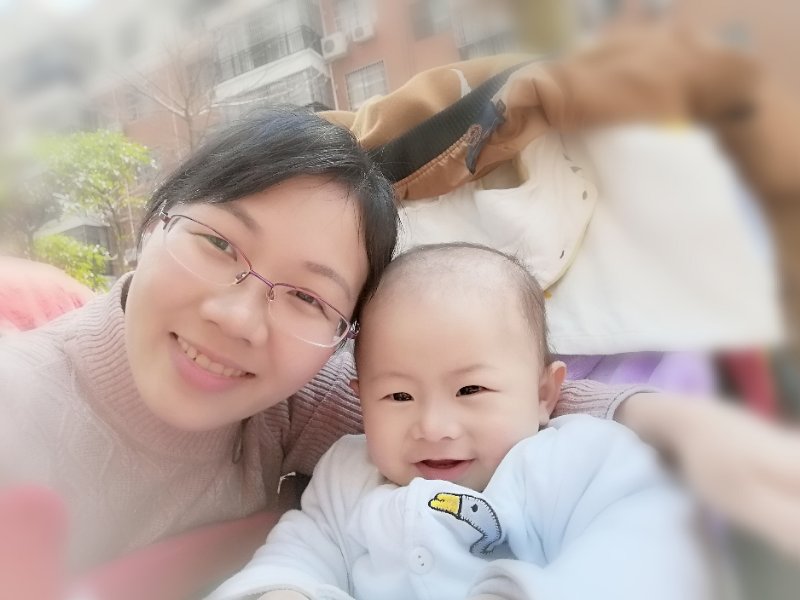 Miao mentioned her to me, as I am in China at the moment. I happened to still have her mobile number, so I put it in to Wechat search, and within three minutes she was there! We were delighted to be reconnected, and have had several video chats. I detoured on my travels and dropped into her city to see her. She married her boyfriend from middle school, Lu Jiakun, in 2012 and they have a nine month old son. They met me off the train at 9.00pm, but we only spent an hour together, as she started work the following morning at 7am, working as a nurse in the surgery department of the People’s Hospital of Hechi city. Her husband works in environmental protection.

The HMQ Scholarship has proven to be a big success, and this story about Wei Yunjie is an example of that. We are now onto our 9th scholar. A copy of Tom Newnham’s book on Kathleen Hall, translated into Chinese, is given to each student.

This programme is a tangible example of the good work our society (and a big Thank You to the branches supporting the programme!) is doing in supporting people in the villages. Kathleen and Rewi would be very pleased! 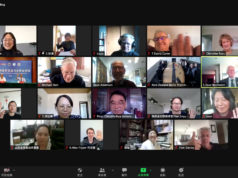 Enter your email address and select a newsletter to subscribe.