Does an increasingly powerful China present a dilemma for New Zealand?

Against the background of a rising China, New Zealand’s relationship with the Middle
Kingdom is often framed within media and politics in binary terms: trade versus security,
friend versus foe, China versus the US. New Zealand’s choices over the future of this
relationship thus tend to be talked about as a set of dilemmas.

And these apparent dilemmas are by no means trifling. Amid the increasingly hyperbolic
alarmism of political debate and the cacophonic crassness of click-bait journalism our China dilemmas are presented as urgent, stark and – ultimately – personal.
But, does China indeed pose a dilemma to New Zealand, or – beyond the black-and-white
presented to us by the pundits – does China pose something else entirely?

A high stakes question
John McKinnon, who served twice as New Zealand Ambassador to China (2001-04 and 2015-18) and is a former Secretary of Defence, sees no China dilemma for New Zealand but rather a challenge. “I think that challenge is significant and I think for the future of our country it’s important that we face up to it,” he told a New Zealand China Friendship Society public discussion audience in July, “and it’s important that we actually get it right.”

“This is high stakes stuff. Getting it getting it right is more than just important, I think it’s crucial for our national future”

According to McKinnon, the challenge is that China is a country “with whom we have to
have a relationship” yet at the same time it’s a country “very different from New Zealand.”

“There are always going to be issues which we have different views on and different
perspectives on, and the… challenge is how do you manage a relationship while respecting
those differences at the same time as you continue to place value in the things that both
bind you together and create common interests.”

David Mahon, who has lived in Beijing since 1984, is chairman of Mahon China Investments and a veteran advisor on China to business leaders, public servants, and politicians. He too rebukes the notion of a dilemma.

Difficulties adjusting to new norm
Although both McKinnon and Mahon both negate the idea of a China dilemma, they
nevertheless share an understanding of the various factors that have given rise to it.
Prominent amongst these is the West’s coming to terms with a China that within a mere five decades has transformed itself from the China with whom formal diplomatic relations were established in the 1970s.

Mahon puts it in more direct terms. The China of the latter 20th century “was easy to deal with because it could be condescended to.” The problem now, as he sees it, “isn’t that China’s changed profoundly, but that China has become confident and China has become strong.”

According to both McKinnon and Mahon, the dilemma – if there is one – then becomes one of perspective. Does one fear, accept, or seek to deny the idea of an emergent China? It’s a choice that perhaps has less to do with China and more to do with ourselves – and one with potentially profound implications.

“The dilemma,” argues Mahon, “is that we are increasingly going to be asked to be drawn
into this very dangerous, pointless attempt to contain China or reduce China because we’re afraid we’re losing our mojo as the West.”

Keeping channels for understanding open
Whereas many international political figures and commentators have chosen to view a
resurgent China through a negative lens, he believes that New Zealand can cut a different
path. “We’ve got to be careful because the rest of the world and the Western media is
trying to make us believe that we have to choose between the West and China. We don’t.
We [can] choose ourselves and [in doing so] choose to be true to ourselves.”

“New Zealanders are non-aligned country. We make our own decisions. We went nuclear
free. We [were the first to secure a] free trade agreement with China and were derided[at
the time].”

The key to this, he suggests, is ensuring that lines of communication lines remain open and that they remain channels for understanding.

“We need to keep talking even if we have disagreements and especially if we have
disagreements. It’s important to keep those lines of communication open because
otherwise we’re never going to know what is really animating people in China and equally they will not know why it is that our governments say and do certain things.”

The dangerous flip-side to this is a relationship based on mutual misunderstanding, and this, says McKinnon, is a grave risk. “I worry that we will get it wrong… in other words that New Zealand’s management of the China relationship somehow or other will take us into a place we shouldn’t probably be.”

A video of highlights from the public discussion can be viewed below: 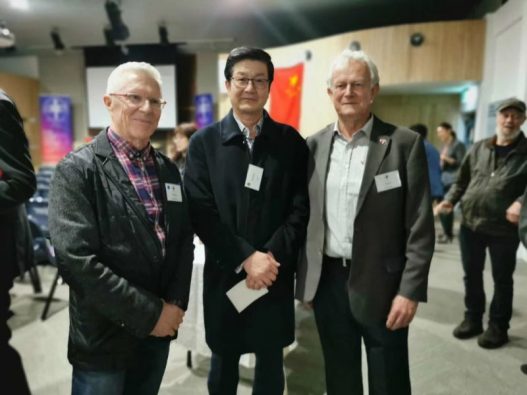 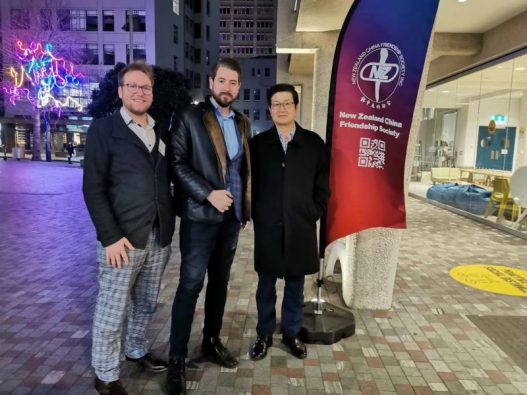 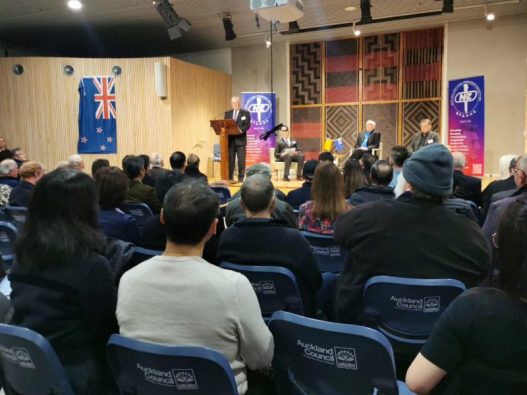 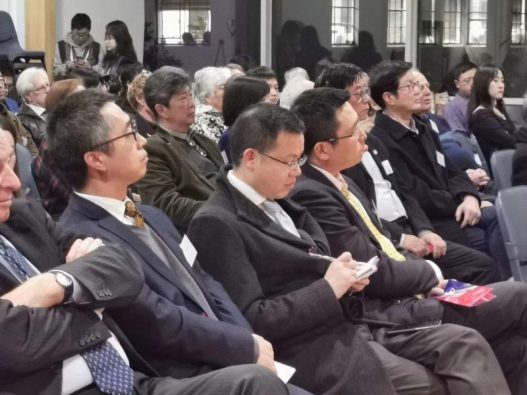 A Helping Hand in Gansu