Rewi Alley leaves us three main legacies. Bailie Education, Gong He, and internationalism. New Zealand China Friendship (NZCFS) is his key legacy in internationalism. I am very privileged to be a participant in all three of these legacies, through my engagement with Bailie schools in Gansu, and in Gong He as a vice chair for almost 10 years. I have also been a member of NZCFS at National Executive level, serving as a vice president, and then  as National President for the last 7 years.

In the Northwest of China over the last 15 years, all three of Rewi’s legacies have come together in cooperative promotion projects. NZCFS has had a close partnership in this work promoting cooperatives, initially through Shandan Bailie School and the NW work station of Gong He. We have delivered a number of training workshops for cooperative leaders, in Gansu and Shaanxi. These have presented a broad range of topics for cooperatives, including  set up, management, supply chain, marketing, and accounting. Now, I see a need to bring cooperative training into the 21st century with development of online courses, delivered through the Bailie colleges, and hope to see progress in this area in the near future

There are participants at this meeting that represent Bailie schools and Gong He, so I would like to focus this speech on Rewi Alley and his international spirit, and legacy through NZCFS.

Rewi Alley spent a very active period in late 1930s through to late 1940s, in establishing schools using the Bailie philosophy, and in establishing thousands of cooperatives throughout China. He made a major contribution to a war savaged China, and to the development of a new China. After the CPC took over the mantle of leadership in 1949, Rewi Alley turned his attention more to international peace, and informing the world about what was emerging in China. He became a prolific writer.

He encouraged New Zealand friends to establish the New Zealand China Friendship Society, and this was initiated in 1952. Nearly as old as the PRC! The key objective was to promote mutual understanding between the two people, and NZCFS became a key channel for people to engage with each other, and get delegations of New Zealanders to China. His presence in Beijing allowed him to act as an informal ambassador for visiting New Zealanders and other international friends, until bilateral ties were established in 1972.

He was a NZ representative at international peace conferences, and travelled to Europe as well as to New Zealand presenting at international forums. He promoted a view of the geopolitical situation of the time, with the Korean War and later the American war in Vietnam. This was different to the prevailing views being promoted in the west, although both these wars attracted strong opposition in the west at the time.

In China, when I am asked what the objective of NZCFS is, I often respond that to me, the over-riding objective is to make a small contribution to world peace.

With the unfortunate re-emergence of a Cold War atmosphere, I am sure Rewi Alley would have some very direct comments to make. Way back in the 1940s, he recognised that the CPC had the humanity and ability to lead the people forward. Confronted with the current situation, I am confident that Rewi Alley would state to the people in the west: ‘look at the achievements of China’, and ‘appreciate the high level of support that the Chinese people have for their government’. To understand Chinese culture, and China, he might suggest that people listen to a Chinese voice, and not learn about China from a Western perspective.   He would ask people to seek truth from fact, and to look beyond the manufactured evidence and allegation that drives the new cold war rhetoric. He would encourage friendship through mutual understanding and respect! 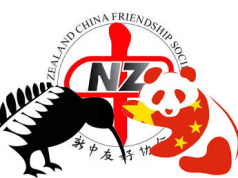 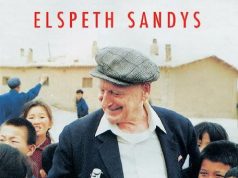 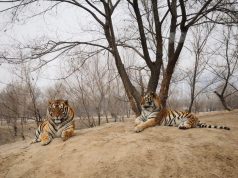