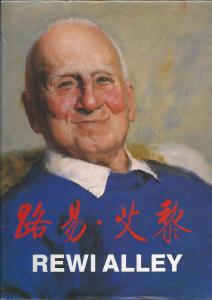 One of China’s most senior politicians announced in May, 2012, a one million RMB (NZ$200,000) contribution from China to promote educational, cultural and arts exchanges between China and New Zealand. This is to be made available over a five year period.

The fund is known as the Rewi Alley Friendship and Exchange Fund [RAFE fund].

Mr Liao Hui, who is also Vice Chairman of the influential Chinese People’s Political Consultative Conference (CPPCC),  said that New Zealand writer and activitist Rewi Alley who lived in China from 1927 to his death in 1987, had not only devoted himself to China’s reforms but had also contributed much to friendship between China and New Zealand. The fund “will inherit and develop the spirit of Mr Alley and continue the great cause he started”.

NZCFS  then-President Eric Livingstone said the $200,000 contribution was “the best 60th birthday present” the Society could have hoped for.

In September 2012 at a banquet in Beijing hosted by the China People’s Association for Friendship with Foreign Countries, a Memorandum of Understanding between NZCFS, China Oceania Friendship Association and China Foundation for Peace and Development was formally signed by Dave Bromwich for NZCFS, Zhang Heqiang for CPAFFC, and a representative of China Foundation for Peace and Development.  Madame Li Xiaolin and Li Jianping spoke for CPAFFC, and Dave Bromwich replied on behalf of NZCFS.

Eligibility for the RAFE fund

Applications were invited from executive members and/or branches of NZCFS for funding by the RAFE Fund.

The following give either the status of ongoing projects  or completed projects that have been supported:

Projects funded by the RAFE Fund in 2015