On Friday 9th September Stuff NZ published an opinion piece by Josie Pagani suggesting that we follow the example of Rewi Alley and, on this basis, “shame” China.

Rewi promoted understanding, not condemnation. Here’s my reply (an abridged version was submitted to The Dominion Post for publication):

In a recent opinion piece, Stuff contributor Josie Pagani has proposed that New Zealand government leaders “shame” their Chinese counterparts by calling them out for alleged abuses of human rights. According to a recent UN report, serious human rights violations may have been committed against Uyghur and other predominantly Muslim communities within the Xinjiang region of China.

Ms Pagani suggests we should follow the lead of her great-uncle Rewi Alley and, in the face of perceived injustice, ask, ‘What can I do?’

We can only surmise how Rewi Alley might have responded to such allegations. But one thing is certain — Rewi would never have sought to exploit his position as a trusted friend to condemn China.

Back in 1952, Rewi Alley and another New Zealander working in China for CORSO, Shirley Barton, encouraged the establishment of the New Zealand China Friendship Society, to provide accurate information and promote greater understanding of the ‘New China’.

Following Rewi Alley’s example, I’d respectfully ask Stuff readers to seek out a diverse range of opinions on the Xinjiang situation, sift the evidence, and weigh the motivations and credibility of each source before making up their minds on this issue.

Ms Pagani suggests we might engage Muslim-majority nations to join us in placing diplomatic pressure on China. It’s telling that no Muslim majority country has seen fit to make — or join — such a call. On the contrary, a delegation of diplomatic envoys from 30 Islamic countries visited Xinjiang just last month and applauded the Chinese government’s economic and cultural development work in the region.

Ms Pagani also calls on New Zealand to investigate New Zealand companies with links to the region and quotes favourably the sanctioning of Chinese companies and individuals by the US administration. New Zealand’s parliament has already — and erroneously, in my view — strongly censured the Chinese government for alleged human rights abuses in Xinjiang. We’ve gone far enough. Our government may choose to express in private its views on the situation in Xinjiang but, as a friend, we must continue to respect China’s right to govern its own territory.

Rewi Alley had a unique New Zealand and humanitarian perspective on China and international relations. We call on our friends in China to develop this legacy further and reaffirm our mutual commitment to peace and sustainable development. There is no shame in that. 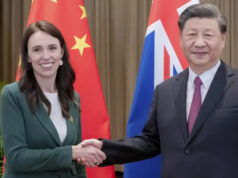 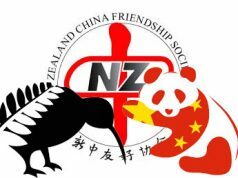 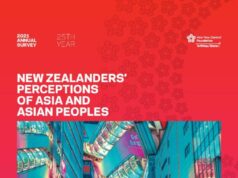 Stronger relationships with Australia and China a priority for N...