Rewi Alley spent much of his life in China.  There are many resources available on his history and contributions.  Provided here is specific travel information to enable you to visit current sites in China, where some physical monument or structure exists that celebrates Rewi – little pieces of NZ history dotted across China.

This project, ‘A Guide for Independent Travellers to Rewi Alley Locations in China‘ – partially funded by a 2015 RAFE fund grant, originated with the frustration experienced by a non-Chinese speaker trying to locate these sites.     Project goals are detailed here.

This information is in English, aimed at non-Chinese speakers, and should enable a traveller to plan an itinerary, to locate and visit these locations independently using public transport.

Information changes all the time – if you travel to these locations, and the details have changed – please share your knowledge, by emailing the NZCFS, or on the Society’s Facebook page.

It should be noted that if the GPS co-ordinates given for each monument are used in Google Maps, this gives an error of up to 500 metres. Because of this shift/error, views in Google Earth have been used (rather than Google Maps) for the  location map for each ‘monument’.   See Section 3 The China GPS shift problem, in the Wikipedia article: “Restrictions on geographic data in China“

China is a vast nation, covering many different climatic areas.  In the winter it is very cold in the north, but the south is pleasant.  In summer the south can be very hot and humid.

The ideal times to visit would be spring or autumn, when the weather is less extreme, and the crowds not so excessive.

For ease of travel, it is preferable to avoid the peak holiday periods of Golden Week (1-7th October), Spring Festival/Chinese New Year (10days in January or February, exact date changes each year), and school holidays of July/August.  If you are travelling at these times, you’ll need to book transport in advance, and possibly be flexible with your dates to get to the places you want.

Gansu province is best visited outside winter months (November to February).  If you wish to view Shandan Bailie School when students are in attendance – there are two school terms each year, which run from September-early January, and March to June.

Weather forecast maps can be viewed on http://www.accuweather.com/en/cn/national/weather-forecast-maps

Details on travelling and booking trains:

Much of Jane Furkert’s coverage of travel and particularly travel by train (written in 2016)  is now (May 2017) already out-of-date!

The following advice is current May 2017 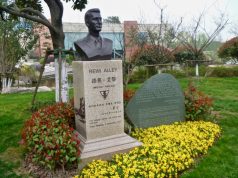 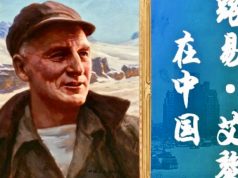