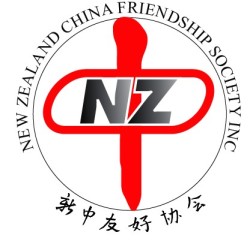 OUR MAY MEETING WILL BE:

This month our Guest Speaker is Jenevere Foreman. 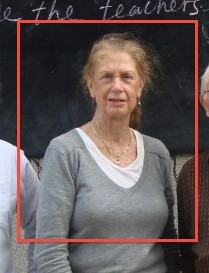 Jenevere was one of three who was recently apart of the first group of volunteer teachers to visit rural schools in Hong ‘An County, Hubei Province. She will talk about her teaching time there in a middle school as well as at Changsha University, Hunan Province where she spent two semester teaching in 2008-2009.

Jenevere has been involved with the China Friendship Society since 1978 and went on one of their tours in 1979. She led a tour to China and Tibet in 1987 and continued her involvement with the society over many years. She completed her Graduate Certificate of TESOL in 2007. Jenevere travelled in China as a fee lance tourist in 2010 which illustrates her true interest in China.

This will surely warrant another good turnout for what will be another interesting aspect of China. Everyone is most welcome to our meetings. Don’t forget to bring something for our shared luncheon which is an important social part of our meetings. Our meetings are open to all.

One of China’s most senior politicians has announced a one million RMB (NZ$200,000)contribution from China to a new fund to promote educational, cultural and arts exchanges between China and New Zealand.

Mr Liao Hui, President of the China-Oceania Friendship Association, led an 8-strong delegation to Auckland to attend the 60th Anniversary Conference of the NZ China Friendship Society last weekend. He told the conference the contribution is for initial capital for the fund, which will be set up jointly by the two bodies.  It will be known as the Rewi Alley Friendship and Exchange Fund.

Mr Liao Hui  is also Vice-Chairman of the powerful Chinese People’s Political Consultative Conference (CPPCC). He told the Auckland gathering  that the New Zealand writer, educator and activitist Rewi Alley who lived in China from 1927 to his death in 1987, had not only devoted himself to China’s reforms, he contributed much to China New Zealand friendship.

The new fund “will inherit and develop the spirit of Mr Alley and continue the great cause he started”.  A key objective will be to support the NZ China Friendship Society’s programme of sending volunteer teachers to the Shandan Bailie School in Gansu Province, which Rewi Alley founded in 1944 as a co-operative training centre.  The school was re-opened in 1987 with the help of New Zealand teacher Tom Newnham, whom Rewi Alley had invited to teach at the school.

NZCFS  President Eric Livingstone, said the $200,000 contribution was “the best 60th birthday present”  the Society could have hoped for.

Detailed planning is well underway to make this NZCFS 60th Birthday Tour a fantastic tour for NZCFS. This is a unique opportunity for NZCFS members and interested members of the public alike to enjoy great travel in combination with the experience of meeting people and visiting places that share NZCFS’ past and present partnerships. This will capture the theme for NZCFS 60th anniversary, “in our past we find our future” and give deeper insight into real China than a standard tour can provide. For more details contact Dave Bromwich <[email protected]>

These tickets are still available at $5. per ticket with $1 staying in our branch. The winning ticket return airfare to Shanghai for 2 – includes domestic airfare connections. Travel is between 1 October 2012 September 2013 (cannot be taken between 1 Dec. – 29 Feb.). To be drawn on 1 Oct 2012. Second prize set of stoneware and third is a wall hanging. The tickets will be available at our June meeting or contact either Norma Millard ph 3482110 or Brenda Lee ph 3325731.