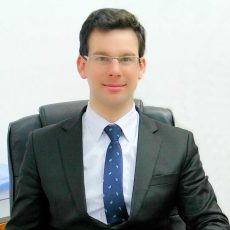 Simon Appleton, known as 方志杰 to his Chinese friends joined the New Zealand China Friendship Society in 2015 and was elected to the position of National Secretary in 2016.  Simon has lived in East Asia for a decade, including stints in both Beijing and Seoul, he speaks both Mandarin Chinese and Korean. During his time in Beijing Simon studied a Masters in Chinese Law at Renmin University（中国人民大学). Simon has also held positions in the media, education and business consulting.

Since returning to New Zealand in 2010 he has worked for the Opotiki District Council, in the Eastern Bay of Plenty. He actively pushed for closer engagement between the local community and China including the promotion of Chinese language in schools, supporting businesses to get China-Ready and promoting other economic development opportunities.

In 2014 Simon left the Council to establish Eastern Bridge Limited, aimed at supporting New Zealand local governments, regional development organisations and private businesses to engage with East Asian partners. Simon’s company is now supporting a range of Councils, Schools and Exporters to do business with Asia.