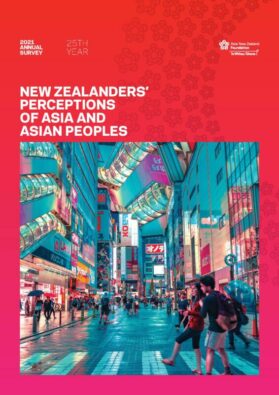 Australia and China are the top countries that New Zealand should put extra effort into developing a stronger relationship with, according to a survey released last month by the Asia New Zealand Foundation.

The same survey shows that four out of five New Zealanders (79 percent) think it is important to develop ties with Asia. This is the highest level recorded since the first survey was conducted 25 years ago, in 1997.

The survey also shows that New Zealanders see Asia-related skills and capabilities as essential for our future workforce. Two in five New Zealanders (39%) think Chinese would be the most useful language for young New Zealanders to learn.

‘China is our largest trading partner and this is not going to change any time soon,’ President Lipscombe observes. ‘When it comes to understanding cultural ways of doing things, including doing business in China, organisations like the New Zealand China Friendship Society can provide valuable opportunities to connect.’

This year marks the 50th anniversary of diplomatic relations between New Zealand and the People’s Republic of China. The New Zealand China Friendship Society has been advocating for friendship, goodwill and understanding between the two countries since 1952.