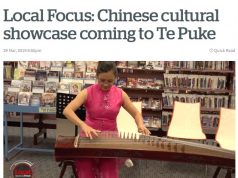 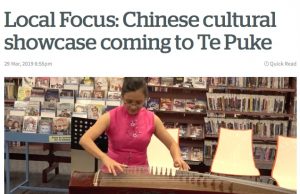 11 April 2019
"We just want to show more Chinese culture to Kiwi people." This weekend will be a first in Te Puke, a cultural showcase of Chinese culture. "We want the Chinese community to join in the Kiwi community," Tina Zhang, President of Tauranga Chinese Fri...