Tencent, currently China’s most valuable company, became the first Asian firm to ever
enter the exclusive club of companies worth more than $500 billion. Tencent is the proud
owner of WeChat, a phone based messenging app; QQ, its online instant messenger; and
Weibo, a Twitter equivalent particularly popular in tier II and tier III cities. The day after
breaking the $500 billion barrier the company also passed Facebook in market value. 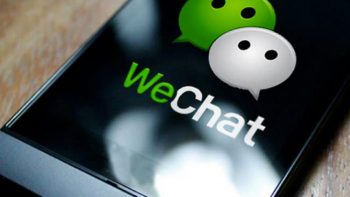 Hot on Tencent’s heels in this regard is fellow tech giant Alibaba with a $474 billion market
capitalisation. This year, both companies have seen their share prices double as they’ve
crushed even already rosy expectations for growth and success.

WeChat has become completely entwined with every day life in China. If you want to
‘Uber’ somewhere you can turn to WeChat, if you want to make or receive a payment or

split a bill with friends you can turn to WeChat. If you want to order McDonalds or get your dog washed – WeChat!

Tencent is also one of the world’s most successful gaming companies, owning the
absurdly addictive “King of Glory”, a mass multi-player online battle game.

In addition, the company has almost endless investments: from digital streaming deals
with the NFL to investments in innovative companies like Didi Chuxing (China’s answer to
Uber), Mobike, and Tesla.

Tencent has managed to do all of this, joining a list of just a handful of other elite
international companies, despite doing very little business outside of China, something that
it’s hoping to remedy in the coming years. According to Reuters, the company is already
close to rolling out the same WeChat ecosystem we’ve come to know in China in Malaysia. 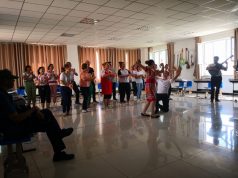 To subscribe to the national or branch newsletters, visit:
nzchinasociety.org.nz/newsletter-signup/ ... See MoreSee Less