Following a shared meal President Derek Hughes chaired the 2017 AGM which was attended by 17 members. South Island Vice President Dave Adamson and Carol were welcomed to the meeting.

Derek’s 2017 President’s Report had been distributed to members and was adopted.

President Derek and Secretary Margaret Hughes indicated that they wished to stand down from their positions. Nominations were called for these positions but none were forthcoming.

After discussion it was agreed that the Timaru Branch be put into recess for a year after which time the situation would be reviewed. It was also agreed that members should meet informally from time to time to maintain friendships among members and keep alive the possibility of reinstating the Branch.

Four of those present had been active in the Branch since 1972 so there was sadness and regret at this decision but it was accepted as inevitable as the Branch had had little success in retaining new members in recent years. Younger generations prefer to keep in touch via social media rather than attending meetings making it very difficult for smaller branches like Timaru to continue. 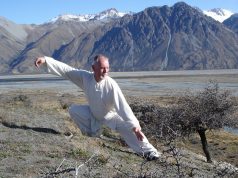