Welcome to the Year of the Rabbit, commencing 3rd February (and lasting until late-January 2012)  Xin nian hao!  The Branch Secretary is a “Rabbit”, so we should have a good year ahead of us in Wairarapa.

Recent meetings have been held bi-monthly on a Sunday afternoon to allow more members to participate.   Our next gathering will be the Annual General Meeting at 2pm on Sunday 27th February 2011 at the home of Lorna and Don Simpson, 2 Rosewood Grove, Kuripuni, south Masterton.   Phone (06) 377-4683 for details of how to locate theis residence off Norris Way.   Bring a plate for afternoon tea.

I call for nominations for all Branch positions.    Anyone hoping to hold office who is unable to attend must organise a signed written nomination and send this to the Secretary before the AGM starts.   Nominations will be accepted from the floor of the meeting.      Subscriptions for 2011 are now due :  $20 for a worker;  $15 for pensioners or the unemployed;  $30 for a family at the same mailing address.     Non-members who wish to be sent e-mailed notices of activities are requested to donate $5 per annum.    (Receipts will be issued.)

Three new members, Marjorie Nevin, Helen and Nigel Hawke (all retired teachers) joined our Branch and went on the October 2010 NZCFS Projects Tour into China, starting in Beijing and moving south to Kaifeng and Zhangzhou before flying to Chengdu and onward into Tibetan-speaking areas of West Sichuan (often above 2 000 metres ASL) before touring minority areas in Guizhou and then down the Li Jiang (river) to Yangshou from Guilin before flying home from Hong Kong.   Yes, we saw pandas !

On the Sister Cities front, Masterton hopes to send a couple of teachers in April to Changchun in Jilin Province, to reciprocate a 6-week visit by a Changchun lady teacher who introduced Chinese Language and Customs into dozens of Wairarapa primary and intermediate schools.   Many thanks to the team who supported her. 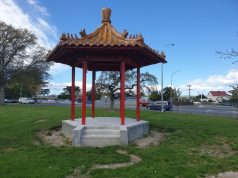 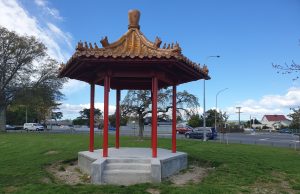 31 January 2019
A funding application will be lodged shortly to finish the construction and landscaping of the Chinese Pavilion in one of our parks.We have been hosting two Teachers from our Sister City Changchun for the last three weeks.  They went home in Nove...