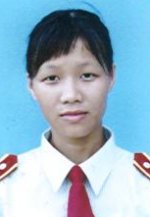 Wei Yunjie was the first recipient of the He Ming Qing scholarship.

She was born in 1986 and comes from Chuang Shang Village in Huanjiang County southwest of Guilin. Wei Yunjie is Maonan, one of the smaller ethnic groups in China with approximately 90,000 mostly living in Guangxi. Huanjiang is the only Maonan Autonomous County in China. Wei Yunjie says she wants to be a nurse because the Huanjiang hospitals are not good and need better-qualified staff; her father had liver disease from which he died.

Sally Russell, NZCFS Projects Committee, was asked to set up the first scholarship in Guangxi Province in collaboration with the Guangxi Women’s Federation (GWF). They organised the first recipient through their Children’s Affairs Department, which has a long-standing Guangxi Children & Teenagers Fund (the Spring Bud Project) which pays school fees for poor village girls. The GWF has established ‘girls only’ classes to encourage Yao minority parents to allow their daughters to be educated. It raises money from individuals, companies and NGOs. They have experience in assisting students in their studies.

The Guangxi Medical University selected Wei Yunjie according to our criteria of a poor rural student. She came to the GWF office so they could meet her.

In her application for the Spring Bud project, Wei Yunjie states that there are four in the family: mother and two brothers and herself. Only two members are able to work, their income for 2006 was 700RMB, and the total grain they received was 100kg. The opinion of the Guangxi Medical University is that Wei as a good scholar with excellent character whose family is facing extreme financial difficulties. That opinion is echoed by the GWF.

“My father passed away when I was at Junior High School. We depend on mother, who works in the rice fields and raises pigs. My elder brother has to go out to work in order to support the family. My second brother is attending Liu Zhou Medical College. I am a first year student at Guangxi Medical University. It would cost us about RMB 15,000 per year for two of us to attend medical schools. We do not have regular income. Our income is only one quarter of our total expenditure. Mother is getting weak. We are experiencing great difficulties financially.”

There is a signed agreement between the student, the university and the GWF in the name of He Ming Qing. Wei Yunjie started her four-year study in September 2006 at the Guangxi Medical University in Nanning. She is now more than half-way through her second year. The scholarship is valued at 7000 RMB or about NZ$1300 per year. It pays for her tuition fees, extra costs for experiments, teaching materials, travel, insurance and uniform as well as approximately 65% of her costs for board.

The Guangxi Provincial Women’s Federation provided NZCFS with the following report in September 2007:

Evaluation from teacher and classmates

The teacher and classmates said: Wei is a simple and plain person, and frugal. She has an open character and gets on well with classmates, and she likes to help others. She is enthusiastic to serve the class, even through she wasn’t the class leader in the first term, but she worked with the class committee for a lot of work. She joined the environment organization in the school, worked actively, and she has definite capability in coordination and organization. From this term, she was recommended to work in the secretary department of Student Committee of the Nursing Institute. For the study, she worked very hard, and spent a lot of effort, but her grades were not ideal, below the class average. This is probably because she was not so prepared for the academic life in the university and has not yet mastered study methods properly. Because of her poor family, she would have been sad, but she can adjust very quickly. She said to the classmate that she would like to work in county level hospital after graduation.

Assessment from the institute

In the past year, Wei Yunjie obeyed the rules, was never absent, never late, never left early from class, and rested on time, obeyed school management, got on well with classmates, good to help others, unite classmates, joined group actives actively, joined the Environment Association of Guangxi Medical University, went to several universities to propagandize environmental protection, and was survey team leader of Red Forest Ecology Resource Project in Qinzhou city, where she brought her team to do the survey on living environment of people living by the sea. She also joined the activity ” go to visit the elderly in the Welfare House”, and joined the volunteer association of Guangxi Medical University. In study, she passed Band 4 of University English, and Mandarin Level 2, her scores were good, but still need improvement. Wei Yunjie is a good student who has good study habits and good character.

Self evaluation and her effort direction

She said, in the past year, even though her family was very poor, they had support from society, and she felt lucky she could come to study in the university. She had studied very hard, but did not do very well in the examinations. She fell guilty for the low grades, but she said she would continue to study hard, raise the scores. She practiced herself a lot. And she also joined Volunteer Association in the university, and public benefit activity, repaid the love to society by her action.

“I first met her just as she was starting her study two years ago, and she has matured since then-much more confident with the Women’s Federation members. Madam Lin, the Director of the Children’s Dept, told me that Wei volunteers at the hospital in the weekend and her teachers asked her to organise her classmates to do the same. They also said she had changed since her trip to Guilin as she was moved by the contact with people who care about her.

On August 26, Wei sent us her examination results, vastly improved from her first report: “I know you concerned my study very much, this is the result of last term’s study: pharmacology 75,Marx philosophy 82,nutrition 80,foundation nursing 76. I send you and my good friends my warm good wishes. Good luck.”

I’m fine. I am still working at the operating room and hasn’t started rotating. My job has been quite smooth although it can be very busy in the operating room when there is an emergency. My brother graduated a year earlier than me, and he is not a doctor yet. He is now a government official in a health supervision office and is doing fine. My mother is also fine. My whole family is fine. Thank you very much for your concern. I feel better now after receiving your mail and knowing that you are doing well. I have already bought a computer ,as it is not really very expensive now. I can write to you more often. It is getting much cooler here and has been raining for more than ten days because of the typhoon. It feels cold actually. How is the weather at your place now? How are you? Please give my greetings to everyone. I miss you very much and wish you good health and happiness! 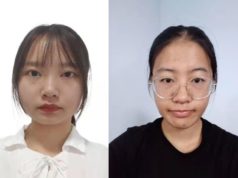 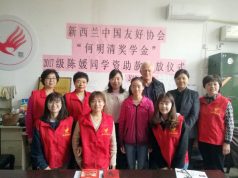 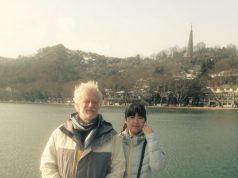