“After 14 years running an Auckland business, I was ready for a new challenge. When the opportunity arose to invest in a Beijing startup, I grabbed it — even though the business concept was unproven.”

Starting out as a training content creator that struggled to establish a viable market, Dan’s company, GiKoo, went through numerous business model iterations before hitting a sweet spot.

Creating a foothold in that market enabled the development of a further revenue stream in the form of a peer-to-peer store employee recruitment platform.

[Click here for details of the Branch meeting, 7-9pm on Thursday 27 July, where Dan is the guest speaker]

Between 2008 and 2017, Dan observed radical changes in China’s business environment, driven primarily by the rise of the smartphone. Its use really began to accelerate from 2010. Not only did this give first-time internet users access to hundreds of millions of Chinese, it also enabled businesses to systemize their processes at every level of operation.

“China changed so much while I was doing business there. Suddenly everyone had smartphones and they couldn’t take their eyes off them,” says Dan. “This had huge impacts on the nation, both in business and socially.”

Being the only laowai (foreigner) in a Chinese business, with very limited Mandarin-speaking ability, is an unusual situation to be in, and it gave Dan an entirely different experience of China than that of most expats.

“I spent much of my time traveling, between Beijing, Nanjing and Shenzhen. I didn’t exactly have a luxurious time — our policy as a startup was to stay in cheap hotels, room-sharing with colleagues and eating at local, family eateries. It was often gritty, and due to my language limitations many things were incomprehensible — but it gave me wonderful, insider-outsider insights into the cities and their people.”

China is like an adopted family member for Dan. “I’ve been deeply affected by living in China and it’s going to continue to play a role in my life. In particular, I’ll always maintain connections with its people. Given our cultural compatibility, I’d love to see New Zealand forge closer ties with the Chinese. I see that as needing to be fostered at a business and social level, given how impenetrable the Government can be.”

He also returned with a wealth of experiences outside of China’s main centres, after biking 3000km from Beijing to Zhangjiajie in Hunan province.

Having been exposed to China’s vibrant business, social and environmental culture, Dan is back in New Zealand with two goals: one is to help the New Zealand business community improve its performance on the global stage; the second is to influence New Zealand’s political environment in the interests of better serving our people and environment. 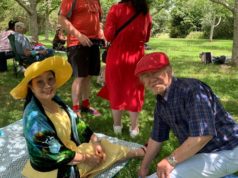 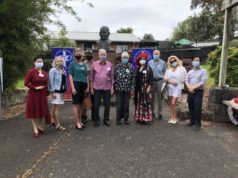