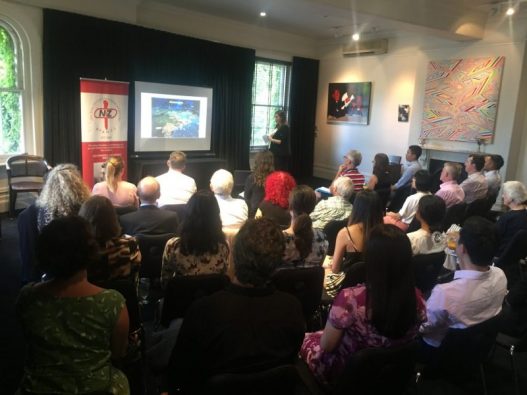 In October 2018, led by Jenny Chu and organised by George Andrews, eight urban development professionals from Auckland and Queenstown took part in a study tour of Shanghai, Guangzhou and Qingdao. Throughout their delegation they experienced eye-opening urban development programs spanning from transport through to architecture and design.

On February 12, Jenny and her team presented their findings to a strong audience of over 50 people from various professions and backgrounds including from NZCFS Henry Acland (Exec member), George Andrews (North Island President), Kris Sproull (Auckland Branch President) and Ken Liu (Exec member). The presentations were well-received and the audience was enthusiastic and attentive. After each delegates presentation in their specific field – audience members were quick to engage in brief Q&As and were welcomed with genuine answers.

Our branch managed to sign-up 9 more members at this event and this proved to be a valuable inspiration to manage more similair events in the coming months.
All of us at NZCFS would like to thank Jenny Chu and George Andrews for organising this delegation and to Jenny’s fantastic team for providing such insightful feedback to the audience.