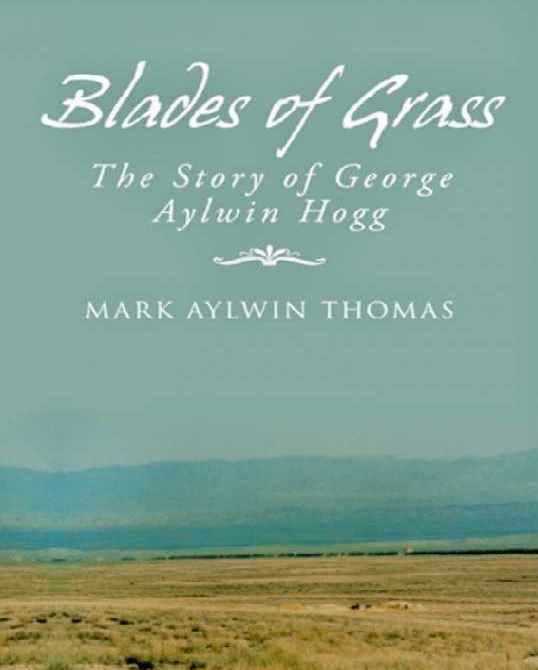 George Aylwin Hogg was a man of remarkable dedication and honour. Though he died in 1945 at the age of thirty, Aylwin’s name and legacy is remembered in China to this day—where as a wise and noble friend to the people of China, he immersed himself in the culture and life of the Chinese people whom he served in his mission.

Mark Aylwin Thomas, explores his uncle’s own letters and writings and shares this astonishing life story of perseverance, service, and dedication. Thomas offers a personal and compelling window into the character of this remarkable man, and Hogg’s own words lend an authentic and distinctive insight into his service—training young Chinese men in their vocations in the remote confines of Northern China in Shandan.

George Aylwin Hogg was part of a vision to create a unique form of industrial training on which to base the reconstruction of industry for a new post-war China. While a vignette of Aylwin’s life was portrayed in Roger Spottiswoode’s 2008 film, ‘The Children of Huang Shi‘, the full picture of this remarkable life—often painted with Aylwin’s own words—shows how this young Englishman’s life was deeply interwoven in the lives of the men and people he served.

The name of George Hogg is well known to NZCFS members as he was the headmaster of the Bailie School founded by Rewi Alley in NW China.

The following is an extract from Rewi Alley‘s story:

In 1944, the main Bailie School was at Shuangshipu in Shaanxi Province, where Rewi had appointed a young Englishman, George Hogg, as instructor. However, with the Japanese army advancing nearer and nearer Rewi felt it was time for the school to move further inland. He chose the half-deserted ancient city of Shandan on the Old Silk road in northwest Gansu Province. They dismantled the school with its machines and other fixtures, and trekked mainly on foot over 1000km to establish the school in safety.

Rewi appointed George as Headmaster as he was often required to travel widely on Gung Ho work. Sadly George died of tetanus about a year after the school moved to Shandan.

For a flyer of ‘Blades of Grass – The Story of George Aylwin Hogg‘, click here.

For an interview of Mark Arlwyn Thomas, click HERE

For a video about ‘Blades of Grass’, click HERE